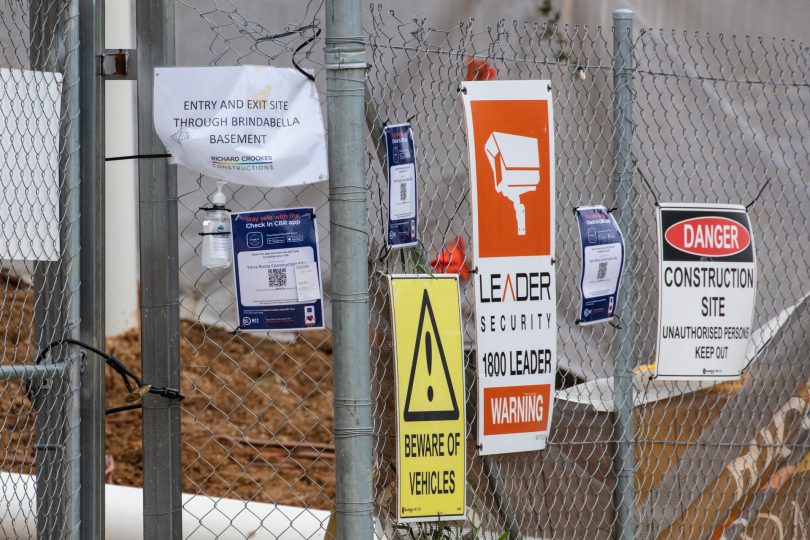 A construction worker who says he felt unsafe at his workplace due to COVID-19 protocols not being followed is speaking out through his partner in the hopes of increasing industry safety.

It was named a casual contact exposure site for Tuesday, 14 September, Wednesday, 15 September and Thursday, 16 September.

According to Laura, prior to this, despite her partner being told the site would only be operating with a ‘skeleton staff’, he alleges there were around 200 workers with only five portaloos and a single ‘smoko’ shed.

“He told me that there were requirements that just weren’t being adhered to. For instance, none of the workers on-site knew who the COVID-safe marshals were, and people weren’t wearing their masks properly,” she explained.

He also told Laura that he’d seen workers spitting on the floor.

The couple has a daughter with complex medical needs, so both of them had been apprehensive about his return to work.

By Thursday, 16 September, a tradesperson on the site had been sent to get tested after they were identified as a close contact. However, Laura alleges that no one else was directed to leave work at this time.

She’s also concerned that other people on the site only learnt of this person being sent to get a test by word of mouth.

“They were told not to worry about it because the individual had been working alone, and apparently hadn’t used the toilets or the smoko shed.” 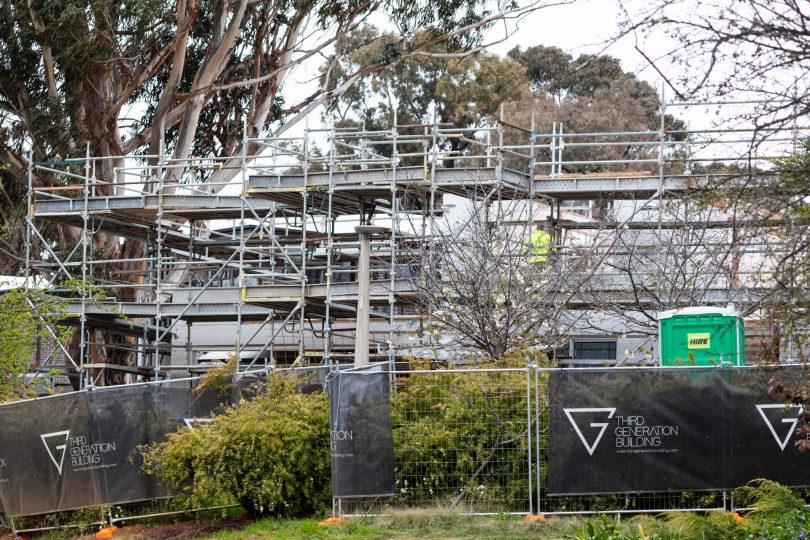 By Friday, the job site was shut down as the employee had returned a positive result.

Even then, Laura says none of the workers were told that day by ACT Health or their employers what they needed to do regarding testing or isolation.

“We didn’t know if it was a close contact or a casual or just a monitor for symptoms venue until he got a text message in the morning directing him to go and get tested.”

Since large scale construction projects resumed in the ACT on Friday, 3 September, the sector has been subject to strict requirements including a mask mandate, appointed COVID-19 marshals and the use of the Check-in CBR app.

Last Thursday, 16 September, Worksafe ACT shut down four worksites in Canberra’s north for failing to comply with these directions.

The breaches included sites having inadequate COVID Safety Plans, no COVID marshals, and no or incorrect QR codes.

Laura had tried to get in touch with WorkSafe ACT last week. She alleges that although her concerns were validated after the first call and she was told someone would be sent out to the site to see what was going on, nobody was sent.

She then tried to contact ACT Policing or ACT Health through the COVID-19 helpline but was unsuccessful both times. Even after calling WorkSafe ACT once more, Laura had no confirmation that action was taken.

If Laura’s partner is to return to work tomorrow (21 September) as scheduled, they say they want to see COVID-19 requirements followed.

“I want to see these larger employers actually caring about the health and wellbeing of their employees and that being a priority during these times,” Laura explained.

Richard Crookes Construction was approached for comment by Region Media but failed to respond before the deadline.

In a statement, a spokesperson for the company said COVIDSafe Plans have been implemented on all of their sites.

“These plans have been developed in line with the ACT Government requirements and our approach has been reviewed by Worksafe ACT in practice on site,” it read.

“Our people and projects are also supported by a dedicated RCC Covid Response Team to ensure changes to government restrictions and best practice responses are shared across our workforce and implemented on all sites.

“RCC has five sites in the ACT and has not seen any spread of Covid on site, which is a testament to how well our teams and subcontractors have been able to implement their COVIDSafe plans.”

Being present on site Friday afternoon I believe the final directive provided from the builder was along these lines… “get tested, go home and treat it like a close (or casual) contact until otherwise notified”.

I think ACT health sent a notification via text on Sunday.

What occurs on this site is probably better and definitely no worse than any general day to day activities that are seen in and around the Nations Capital from the local supermarket to the multitudes of people 2 feet apart waiting at traffic lights…. at least on site if they are that close they are working…