Heats for the Australian Poetry Slam kicking off 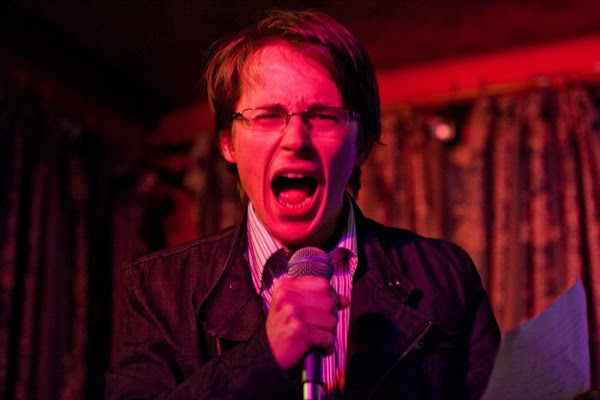 Word has gone out about the ACT heats of the Australian Poetry Slam competition which will culminate in much hoopla at the Sydney Theatre:

Run by the team behind BAD!SLAM!NO!BISCUIT!, Canberra’s first and longest running poetry slam in The Phoenix Pub, the Australian Poetry Slam heats will be held at The Front Gallery and Café on Friday 28 September, Smiths Alternative Bookshop on Saturday 6 October, and The Phoenix Pub on Wednesday17 October. Five poets from each heat will then clash at New Acton for two spots in the National Final, and prizes from sponsors Impact Comics, Mind Games Canberra, and New Acton.

Poetry Slam was invented in Chicago by Marc Kelly Smith in 1984 to give poetry back to everybody. A poetry slam involves five randomly chosen audience members scoring each poet’s poem. The highest and lowest scores are dropped just in case a poet’s Mum or ex-partner are picked to judge. The rules of this poetry slam are two minutes on stage, your original work, and no musical accompaniment. 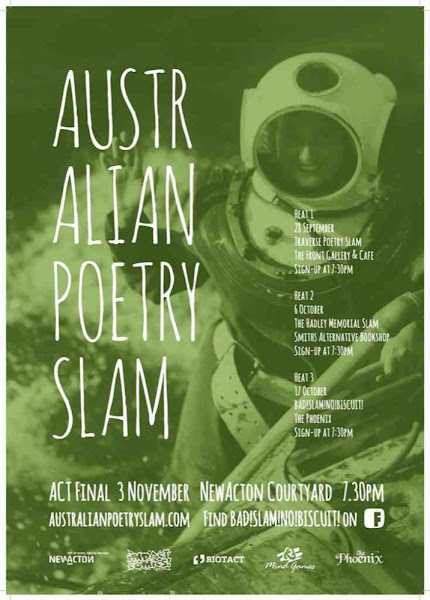 If you’re a new player here are the ACT entrants from 2010 to give you a feel for what’s involved:

Jeanne Mclauchlan - 10 minutes ago
Vanessa Schultz Hi Vanessa, it is very sad time for all, regards Jeanne... View
Illyria Tyers - 4 hours ago
That's very young ... #RIP.... View
Vanessa Schultz - 12 hours ago
Too young, and always a happy football mad kid, I grew up across the road in Hopetoun Circuit Yarralumla from the McInnes RIP View
News 39

Trish Roberts - 6 hours ago
Yes. Does not want to hear the opinion of older people. Well, one day, if he’s lucky enough, he’ll get old, too!... View
News 8

rhona1212 - 8 hours ago
I would like to recommend Canberra Blocked Drains Services for not disappointing us. Two plumbers came before them but failed... View
Business 4

The ACT Government has called on Opposition police and emergency services spokesperson Guilia Jones to quit the portfolio after it...
Community 147

The longstanding saga of Braidwood’s historic highway entry lined with golden and Lombardy poplar trees is progressing to the next...
Best of Canberra 53

Fluff your beanies, wax your skis and maybe get familiar with the term aprés-ski because Aspen might just be on...
News 34

All work on the West Basin area should cease until a complete environmental and heritage assessment has been made, according to...
News 20

@The_RiotACT @The_RiotACT
The Greens & the Shooters, Fishers and Farmers Party have both announced candidates for Eden-Monaro as the race heats up. And with just over a month until the by-election, how will COVID-19 affect what could well be a tight race? Genevieve Jacobs has more https://t.co/HBSmZSAw63 (44 minutes ago)