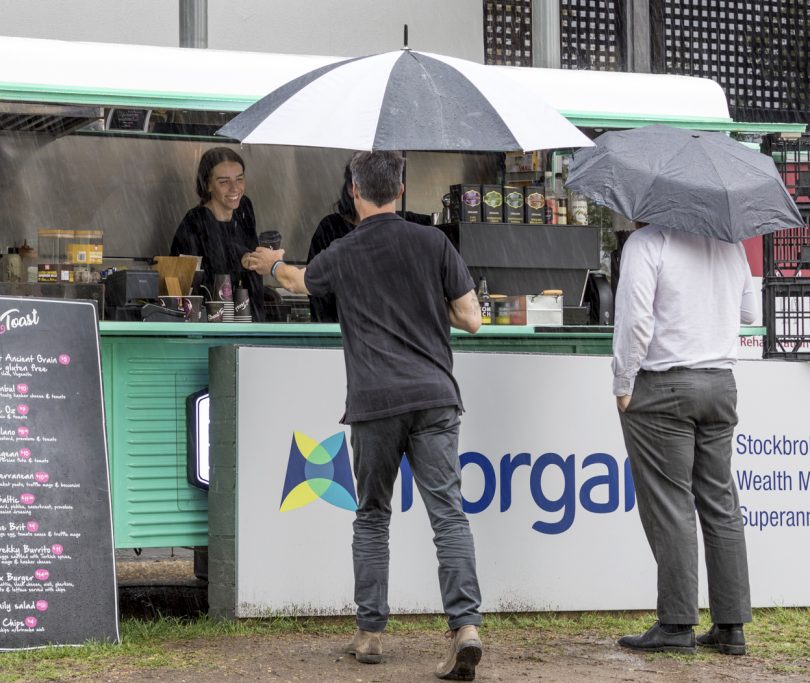 For months it seemed all Canberra talked about was fire and smoke. That’s changed. Today the talk is about a lack of toilet paper, the high price of hand sanitiser and rain.

How good is it and how much has fallen?

President of the organising committee for this Saturday’s 20th annual Queanbeyan Rodeo Mark Mills said the sheep on his property at Michelago are literally skipping over green paddocks.

“This rain is really good, but it won’t stop our rodeo! This event is the biggest one-day rodeo in the country, and we’ve got more than 450 entrants raring to go, so we’re just keeping an eye on the forecast which is looking pretty good,” Mr Mills said.

The rain is affecting other local sport, though.

Icon Water said increased water usage by Canberrans had caused dam levels to drop by 0.40 per cent last week after a gradual increase in February. Combined dam levels, updated every couple of days, were at 46.49 per cent capacity as of Wednesday (4 March). As runoff makes its way into the catchments, however, dam levels are expected to rise.

The Bureau of Meteorology says the best falls of rain have occurred in the past 24 hours and will likely stick around for another day, with conditions expected to gradually clear from the west by Friday.

“By Friday morning, the rain band will move into the Tasman Sea, though a few showers and thunderstorms are expected to continue across much of the ranges and coast into Friday afternoon and evening,” said forecaster Jiwon Park.

The rain is coming from the remnants of Ex-Tropical Cyclone Esther, which is currently near the Queensland/New South Wales border.

There is also a flood watch for the Murrumbidgee, Tumut and Queanbeyan rivers, while flood warnings remain current for river systems across the northern inland of NSW. Locations which may be affected include Canberra, Wagga Wagga, Albury, Deniliquin, Cobar, Bourke and Lightning Ridge.

Of note is that all of NSW is still listed as being in one of the three drought categories, ranging from drought-affected to intense drought.

The cloud over the #ACT has delivered, with good #rain across the Territory. Falls over the past 24hrs included #Tidbinbilla 67, #Tuggeranong Creek 40 and #Canberra Airport 38. More rain today. Forecast: https://t.co/FlFcgcVxjb Severe weather Warning: https://t.co/eMbuATqRzw pic.twitter.com/lpI0ulsFOg

In the past 24 hours, Canberra Airport had recorded 38 mm of rain. In the north of Canberra, Ginninderra had 32 mm, while to the south, 40 mm of rain fell at Tuggeranong Creek. At Curtin near Woden, 31 mm of rain filled the gauge.

East of Canberra, the Queanbeyan River has recorded 50 mm of rain, while the 24-hour total at the nearby Molonglo River was 40 mm. At Carwoola, 51 mm fell.

In the catchment areas, Tidbinbilla saw 67 mm of rain, Bendora Dam 42 mm and Corin Dam 40 mm. In the Brindabella ranges, there has been 44 mm at Gudgenby and 58 mm at Mt Ginini. 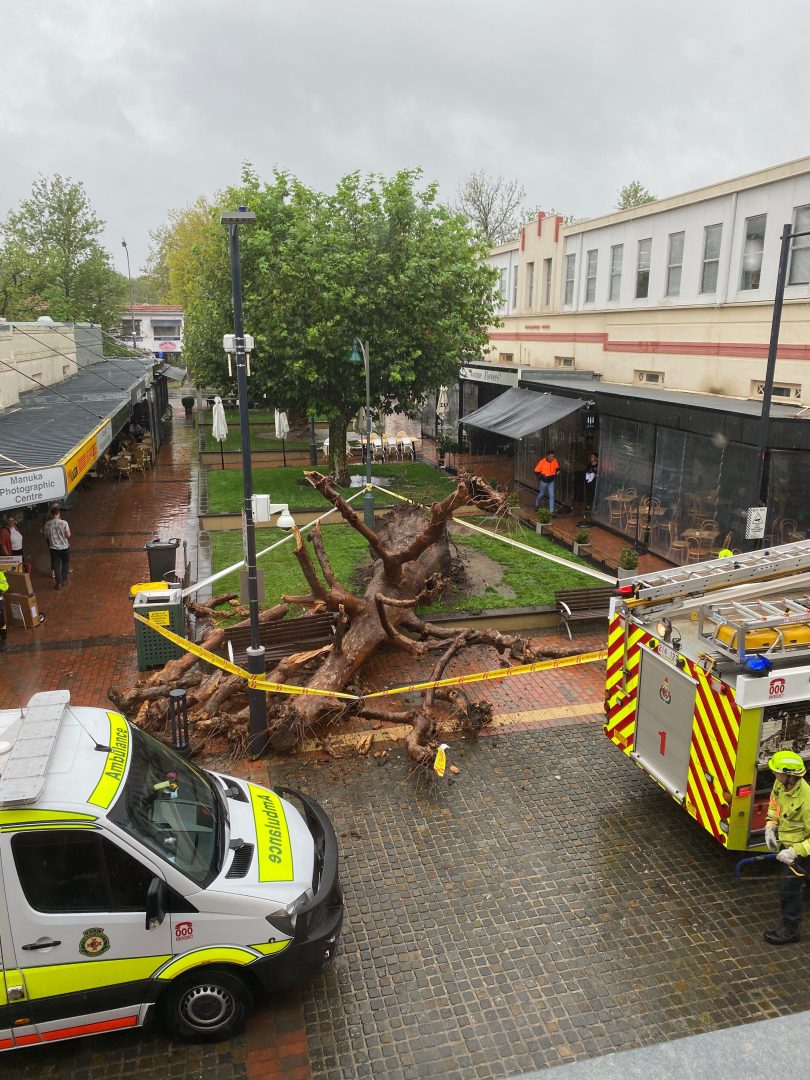 The ACT State Emergency Service said it continued to receive calls for help overnight, with 156 requests for help keeping volunteers busy. The majority of calls have been in response to damage from trees and the electrical threat from fallen power lines.

The ACT Emergency Services Agency said crews will continue to monitor river flows and will advise the community if there is any risk of flooding.

SES volunteers have also worked with crews from ACT Fire and Rescue to revisit several homes previously damaged by hail that have required additional temporary repairs.

Crews from Transport Canberra and City Services are responding to reports of water on roads caused by blocked stormwater drains.

“We urge people to watch for water on roads and drive to conditions. Due to increased demand for help, there may be a longer than usual wait time, and we thank you for your patience,” an ACT Emergency Services Agency spokesperson said.

Thanks Michael for the great reporting. Welcome rain for the area. ☔☔☔ 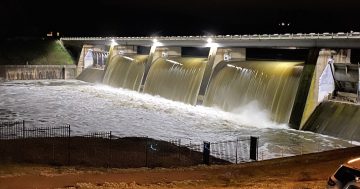 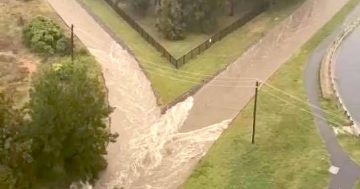 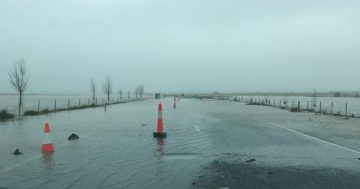 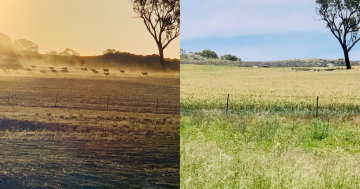