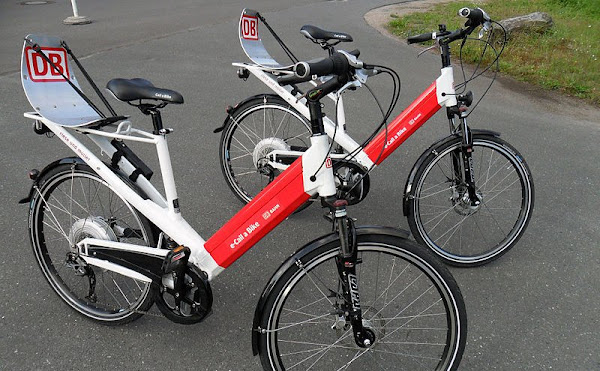 Pedalecs have a maximum continuous power rating of 250 watts, compared with electric bicycles currently able to be used, with a maximum peak power of 200 watts. They also have additional safety and design requirements consistent with European standards.

The advantages of Pedalecs over existing electric bicycles include greater performance on hills and extended range on long journeys. They are a sustainable and cost-effective transport choice, and offer a comfortable ride.

“Riders of electric bikes, including Pedalecs, will be required to adhere to bicycle road rules, such as wearing a bicycle helmet which meets the Australian Standard.

“The introduction of Pedalecs into Australia is in response to a growing demand for low powered, efficient and environmentally friendly vehicles,” Mr Corbell said.

A traditional pushbike is usually between 90-98.5% efficient unless there is something

Ok, I’m not going to spend hours digging up exact figures, but let me throw this at you. http://www.fueleconomy.gov/feg/evtech.shtml
Your average gasoline powered car is 17-21% efficient in terms of energy in->energy out on the road (and to power your electrics). Other sources say lower efficiency even, such as 15%.

A decent all-electric car will get 59-62% efficiency from the energy you put into it. (Same source)

A traditional pushbike is usually between 90-98.5% efficient unless there is something

As far as not ruining the environment with waste goes, how many pedalecs could you make out of the mineral and economic resources allocated for one car? I’m guessing it’s more than 10.

It’s a relative comparison compared to a car. They’re not 100% efficient or environmentally friendly and nowhere is it stated that they are.

I suggest you read the last paragraph of Mr Corbell’s media release:

“The introduction of Pedalecs into Australia is in response to a growing demand for low powered, efficient and environmentally friendly vehicles,” Mr Corbell said.

It’s a relative comparison compared to a car. They’re not 100% efficient or environmentally friendly and nowhere is it stated that they are.

Pedalecs? Not near my children!

It really isn’t fair to tar Alecs with that brush before his hearing.

I had a call around, seems as if no one is selling these type of bicycles..

Considering ACT is the first state/territory in Australia to legalise them, i’d say it will take a while. There are kits online, pretty sure whirlpool had a big thread on them.

Pedalecs? Not near my children!

I had a call around, seems as if no one is selling these type of bicycles. Hopefully it won’t be too soon before we see them in the better bike shops.

I’ve been riding an e-assist to work for the past year or so and apart from the weather side of things, it’s by far the best way of commuting that I can think of. I’ve worked out I use about 2c worth of electricity to get to work and back, I get as much exercise as I feel like getting and a lot of the time it’s faster than driving.

Sounds good. I think it will take these type of bikes (along with a rise in petrol and parking costs – we can dismiss better public transport as a viable option!) to get a few more people out of cars.
With these it could be possible to do a decent ride to work, without the need to have a shower when you get there.
Though, i’ll stick to my human-powered bike, even with the requisite shower! That way my exercise is built in to my daily routine – and I don’t need to find extra time (or a gym membership) for it. 🙂

I call no fair – I REALLY wanted a Segway and they’re giving us more bicycles.

Bronwyn Wilson - 2 hours ago
Where are e teacher librarians going to come from? There are very, very few in the ACT - that’s why so many schools don’t... View
Chris Cross - 3 hours ago
Layla Barry almost $1 TRILLION and counting, courtesy of Federal Liberals, who almost scared the nation into recession with t... View
Pam Wood - 6 hours ago
Another rort in progress View
ACT Election 16

@The_RiotACT @The_RiotACT
The stars have aligned for Canberra born & bred lawyer Haydn Marsh from @SHGLawyers, presenting him with a host of opportunities https://t.co/Lkfg9s5F5o (4 minutes ago)