A 55-year-old man will appear in court today charged over a series of historic child sexual assaults that allegedly took place in Australia and overseas while the victims were involved in sports programs in the ACT.

The man was arrested by police at a residence in Holt on Saturday (19 February) after police executed a warrant at the premises.

He has been charged with six offences after an ACT Policing investigation into his alleged grooming, trafficking and sexual activity with children and teenagers involved in sports programs between 1994 and 2005.

Saturday’s arrest came after an investigation began in July 2021 when the ACT Policing Criminal Investigations – Sexual Assault & Child Abuse Team received information alleging the man had attempted to groom a girl between 1994 and 1999.

During the ensuing investigation, allegations of additional offences by the man against three other victims were supplied to police. These allegations include committing offences in Australia and overseas.

He is scheduled to face the ACT Magistrates Court today (21 February) for six offences:

Police are expected to oppose bail.

The investigation into this matter is continuing and additional charges may be laid.

Anyone with information relating to this matter is urged to contact Crime Stoppers from anywhere in Australia on 1800 333 000 or via the Crime Stoppers website.

Anyone with information who is outside Australia should report via the website. Please refer to ‘AFP Operation Pyrite’ when providing information. 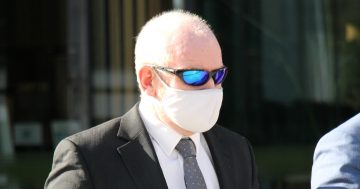