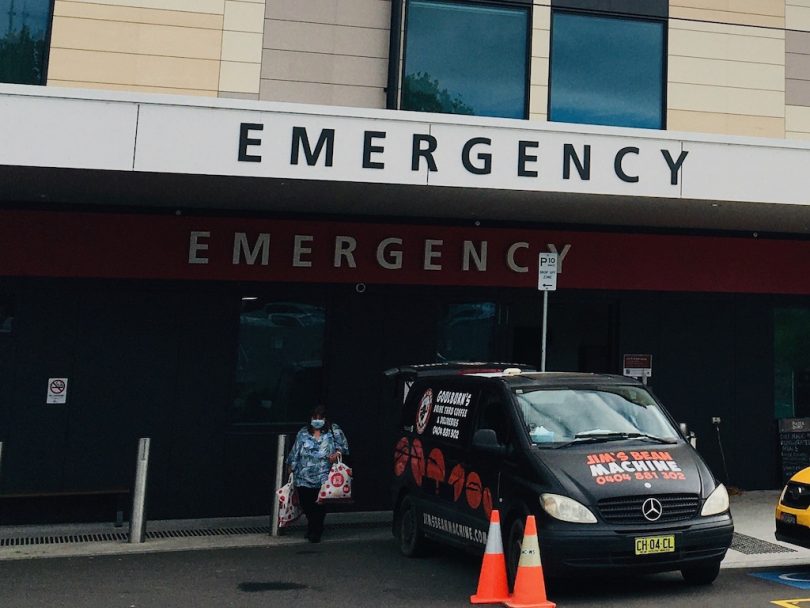 The mobile van arrives with coffee and food at the newly-redeveloped Goulburn Base Hospital. Photo: John Thistleton.

Twice a day a mobile coffee van arrives under the emergency entrance of Goulburn Base Hospital. The van’s regular customers say parking under the sign is appropriate. It’s simply responding to an “emergency” that arose suddenly when redevelopment work blocked access to the kiosk inside the hospital’s older section, forcing its closure.

On 11 February, 2022 the kiosk operator of Lewy’s announced with “great sadness and heavy hearts” its last trading day. This left the new, $165 million redeveloped hospital without a coffee shop.

But the service has now moved up a gear after the short hours didn’t prove viable over the longer term.

Jim said he would open the old kiosk on 28 April for a two-year tenure. A chef by trade, he will offer coffees and takeaway meals in the old, re-branded kiosk from 7 am to 4 pm.

Southern NSW Local Health Service is expected to call for tenderers for a permanent coffee shop inside the hospital next year.

“When they put out their tender document, I’ll give it my best go,” Jim said.

Anthony Lewis, the previous kiosk operator, is not interested in returning after moving on. He said his business had become unviable during the redevelopment. The health service has declined to comment.

A former Canberra public servant for 30 years, Anthony had signed a three-year contract with the health service in 2018 to operate Lewy’s. He wanted to give his daughters Emily and Kody hands-on experience in the hospitality industry.

“This was a tiny kiosk and only a very small risk,” he said. 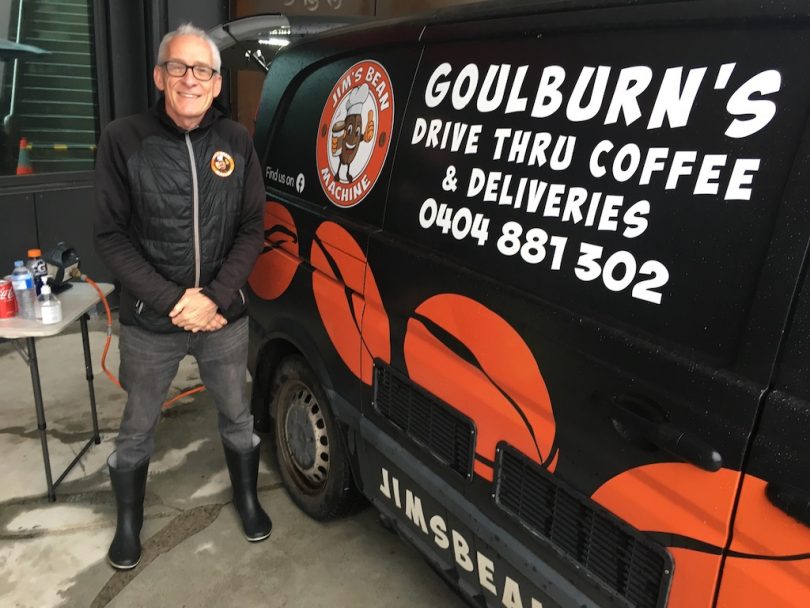 Jim Catt prepares to move his business from outside Goulburn Base Hospital to the kiosk inside. Photo: John Thistleton.

Emily and Kody soon became so confident responding to customers that they told their father to keep out of the way. So Anthony stayed in the background, delighted with their progress.

The venture progressed well with hospital staff and visitors continuing to get their daily caffeine fix at Lewy’s. Coffee and hot food were in such demand, they employed three casual staff.

But when internal access via a wide corridor from the hospital’s western sections was blocked, the family watched takings plunge by up to 70 per cent. It forced the team to scale back the business and eventually close. Previous operators had run the kiosk for 17 years.

Anthony said customers had become good friends by this stage and his daughters knew all the staff’s orders without asking. While disappointed, regular customers accepted the family’s decision to close.

“Customers were understanding that it was a massive stuff-up and that we couldn’t survive,” he said.

But the legacy of Lewy’s has lived on. Emily gained enough knowledge to buy her own cafe at Culburra Beach near Nowra and Kody has found work at another cafe.

Anthony said he was not out of pocket after selling most of his equipment to other Goulburn businesses. He’s even kept some smart-looking stainless steel work benches at home.

“The world is full of possibilities, I’m not stressed, I’m in semi-retirement,” he said. “My plan was to run the cafe until the new one was about to open (in the new section of the hospital) and hand everything over neatly wrapped up in a bow.”