Hot Pink Bits-All Singing, All Dancing and All Wrong!

Whatever happened to Divine Brown? Can a phone sex operator get RSI? Do people really have sex through a pizza? Ever fantasised about an amputee? Frustrated you can’t look any of this up on your work computer? Then Hot Pink Bits is the show for you.

That’s right New Zealand’s favourite saucy minx, Penny Ashton is back in Australia after wowing the masses in the UK, NZ, USA and Canada where she gathered sold-out houses and sparkling reviews for her award-nominated show which trawls the ins and…outs of the international sex industry. It’s crammed full of titillating facts and hour glass figures that will tell you all about the lives of the he’s, she’s, and he-she’s that make a living in the world’s oldest profession.

Resplendent in a hot pink corset and strung up in fishnets, Ashton will sing, dance and pontificate on pornography, prostitutes and Shane Warne in a burlesque-esque romp through the kickers of the global sex trade. There’ll be a group orgasm, a guest porn-star and a very sexy stripper. Kicks will be high, fetishes will be indulged and Nana will need a lie down. But of course it will all be done…in the best POSSIBLE taste.

Penny Ashton is New Zealand’s own global comedienne who has been making a splash on the world stage since 2002 and she has sold out shows from Edinburgh to Adelaide to Edmonton. She has four Best NZ Female Comedienne nominations, three Adelaide Fringe People’s Choice nominations and one Honourable Mention from The Wellington Fringe Festival Awards. One day she hopes to win something.

Ashton has performed all over New Zealand and in Canada, USA, Singapore, London, Australia, Germany and Scotland. In 2006, Penny represented New Zealand in The World Cup of Theatresports in Germany and Australasia in a Performance Poetry Slam Tournament Tour of the UK. In 2010 she performed by invitation at The Glastonbury Festival and reported from the Miss Universe Pageant in Las Vegas. She has performed Hot Pink Bits over 160 times throughout the world, so knows the script quite well!

Penny has a wealth of media experience and this coupled with her improvisation skills means she is a very entertaining in studio guest. More of her global exploits and achievements can be read at www.hotpink.co.nz and https://www.facebook.com/?ref=home#!/pages/Hot-Pink-Penny-Ashton/13683915757 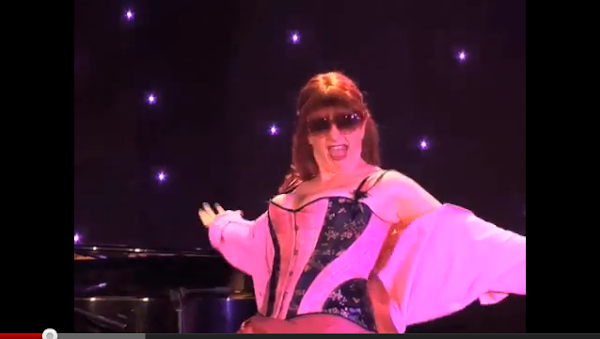 Tom Munro - 32 minutes ago
Conrado Pengilley Nothing to do with ACT government. It’s NCA land and would be federally funded. View
Brice Smith - 9 hours ago
Malcolm Snow is a conservative. Got nothing to do with Barr. View
Brice Smith - 9 hours ago
Good old conservative Malcolm Snow, strikes again. That’s the type of dumbassery we get from the Libs... View
Property 6

Paroksh Datta Prasad - 2 hours ago
Adam Burzynski I called it in 2013 hehe View
Adam Burzynski - 2 hours ago
Paroksh it has begun.... View
Scott Humphries - 19 hours ago
"Braddon of the south" . So the light industry and commercial businesses will eventually be pushed out by apartments, just as... View
ACT Election 15

Darron Marks - 3 hours ago
Schools being closed I would assume is a direct reflection of the change from the Southside being the former nappy belt of th... View
Evan Hawke - 4 hours ago
Darron Marks Yep, as the Government has been putting in great infrastructure in Gungahlin they have been downgrading the infr... View
Darron Marks - 11 hours ago
When the construction moves so will the priorities for Government to build new infastructure. And it would have been the same... View
News 14

Jim Jim - 5 hours ago
Balanced journalism Ian, neither political party are doing that fantastic a job and deserve your devotion. Be critical of bot... View
Charny Barney - 1 day ago
Are there any more policy promises they are going to back flip on? Alistair's indecision and poor decision making is not a go... View
ACT Election 11

Jason Preston - 12 hours ago
Buying your vote with your kids View
Jesse Mahoney - 16 hours ago
Y'all are arguing with someone who likes Pauline Hanson. I wouldn't waste your energy View
John Hartley - 16 hours ago
Labour drunk on money till there is none left then tax go up there a joke and have and will be for a long time View
Lifestyle 8

Toni Higgins - 13 hours ago
Shame facebook cant b used for good only instead people like to b nasty and put people down all the time.wonder if they would... View
News 7

Jess Peil - 14 hours ago
This is so exciting! View
Roland De Saxe - 17 hours ago
Great idea for Eden area View
Talla Mc Bogan - 21 hours ago
happened in the otways ,, mountain bikes took the moto tracks ,, they only use a small area though ,, so plenty of moto track... View
Opinion 32

Charny Barney - 24 hours ago
Yes - lets build more trams - first to Woden, then everywhere else in Canberra. It's brilliant. We have roads everywhere, so... View
Charny Barney - 1 day ago
Magical thinking! Brilliant and perfect description of lib policies 🤡 View
show more show less
*Results are based on activity within last 7 days

@The_RiotACT @The_RiotACT
When the @BrumbiesRugby won the Super Rugby AU competition, the inevitable question was asked: how would they have fared against the Kiwis? Tim Gavel ponders what might have been https://t.co/enysfEZ1Si (2 hours ago)

@The_RiotACT @The_RiotACT
Are you ready to try a new sport? Kimberly Lennard tells what it was like to try softball for the first time https://t.co/xElifKJU5D (12 hours ago)