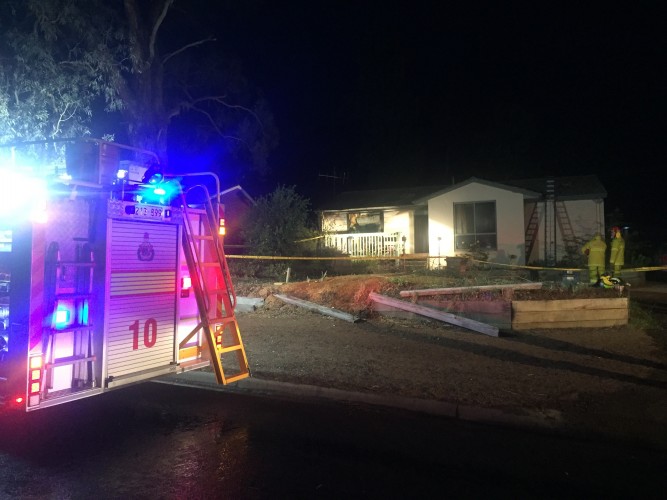 The cause of the fire is being investigated. Photo: Supplied by ESA

A house has been “significantly damaged” after a blaze tore through a three-bedroom home in Cook on Wednesday night (24 October).

Firefighters were able to contain and extinguish the blaze before it spread through the roof.

An ESA spokesperson said the home was unoccupied at the time of the fire and the cause of the fire is being investigated.