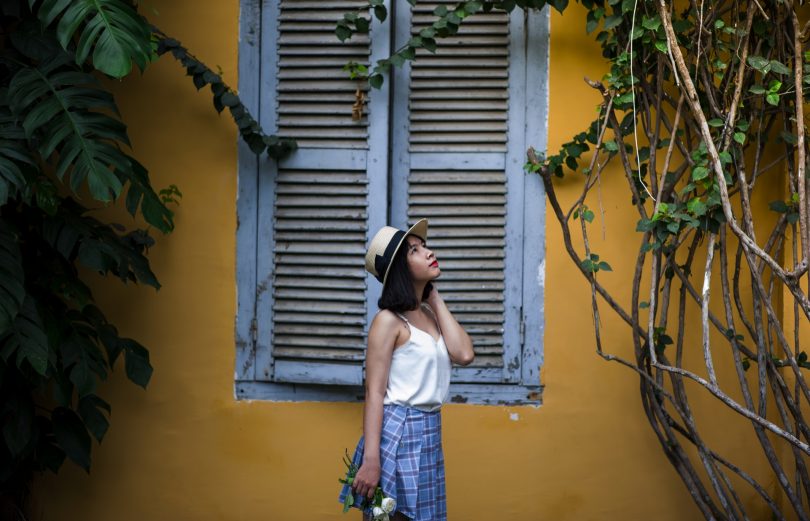 There is no one housing choice that will suit all women. But there are things women agree are important: universal design, affordable to rent or buy as well as maintain, and the right location for their needs.

Housing affordability is one of those topics that impacts everyone in Canberra. Whether you’re trying to break into home ownership, looking for an affordable property to rent and not have to move every year or two, on the waiting list for public housing, or a retiree wondering if you should downsize or find a way to maintain a large home, everyone has to make choices and compromises in deciding where they live.

But choice is a privileged concept, to quote our friends at ACTCOSS. There are growing numbers of people in Canberra whose housing choices are limited not only by what they can afford, but also how far they’ll have to travel to work or school, how many people they can squeeze into what they can afford, or what other expenses they have to give up to pay for the high cost of housing.

In 2017, Women’s Centre for Health Matters (WCHM) asked women in forums and interviews what kind of housing choices and compromises they make, and what they need from housing in the ACT. There have been several inquiries and consultations over the past year on housing in the ACT, and the views these women contributed have been quoted in WCHM’s submission to the Housing Choices consultation currently being run by the Environment, Planning and Sustainable Development Directorate.

“There are people in the gap between public and community eligibility”

Women told us that the cost of housing is a major issue for women in Canberra. There are 30,000 households in Canberra earning less than $55,000 per year, yet there are only two properties in the ACT advertised for rent that have more than one bedroom, and both of them are upstairs flats that would be a problem for anyone with reduced mobility. There are another 30,000 households in Canberra that would fall into the same affordability category if they lost part of their income – perhaps to a contract ending or losing their job, a major illness, a business failing, or losing their investment income if they are a retiree. Women in Canberra experience higher levels of unemployment and underemployment than men, as well as a higher percentage being in part-time contract or casual employment, and have higher levels of caring responsibility for children and other family members. The end result is that women in Canberra have, on average, $109.53 per week less than men to spend on housing if they are to avoid paying more than 30% of their income on housing costs.

Because of this affordability problem, people are stuck between a rock and a hard place when deciding what expenses to cover each week. Research by the Housing and Homelessness Policy Consortium ACT, found that during 2014, there were:

What this tells us is that if housing costs were to reduce, those households would be eating better, taking better care of their health, and getting out into the community more. These would be better outcomes for people, and our local economy.

Women told us that it’s not just the cost of housing that is important in the choice they make. Location also plays a big part. Women want to live close to the places they need to get to regularly: work or education opportunities, health services, shops and community facilities. But they also want to live near their support network of friends and family. There may be elderly relatives they need to visit regularly, or people in their community who they know they can trust to help them out (and who they support in return).

one of the women participating in a forum told us.

Moving someone away from their support network has a major impact on their quality of life, and this, in turn, has impacts on their health. If they do need to move to a new location, access to a public transport network that can get them where they need to be quickly and easily is important.

As one participant said,

“It can be cost prohibitive to leave home if the location isn’t right.”

The design standards of houses also has an impact on its affordability and livability. Women told us they want universal design standards for accessibility in all ACT homes. This means that a person who buys or rents a home and then needs to modify it for accessibility won’t be faced with high costs that might force them to move. Ageing in place, or being able to stay in the same home with a disability, can reduce the stress of getting to know a new area, as well as the logistics of having to find a new home with possibly reduced income and increased accessibility needs.

Energy costs were also a major concern. One woman talked about how she can only afford to heat one room in the house in winter, so she lives in that one room and keeps the door shut. Others talked about the need for a higher level of insulation in properties, and increased use of solar power without pushing the capital costs onto low-income households who cannot afford it.

“We call that a caravan park!”

There was, of course, some discussion on the tiny house movement. While the idea appealed to some women, they didn’t want to see a ghetto created for all the tiny houses to be parked in one area. As we heard from several women at different forums, “we call that a caravan park!”.

What they would like is the option of being able to rent out their back yard for someone to park a mobile tiny house, so that if there is a problem with its location it can easily be moved. It also means that older women living alone on a large suburban block could use the rent to help cover the rates on their property, or enable young adults to continue living near their family while having independence. But for many older women, living in a tiny house is not a viable option given that they are often not suitable for ageing in place.

To find out more about what kind of housing women wanted, including changes to public housing and support for house-sharing arrangements, read the full submission online.

What are your thoughts on these submissions? Share them with us by commenting below.

Carly Maree - 6 hours ago
I love how people act surprised when this city has some of the worst crime I’ve ever encountered? I lived in Sydney for 8 y... View
theroundone - 17 hours ago
Who's getting punished, though, asides from law abiding rates payers in this city? A racial or sexist epithet is treated more... View
News 1

HiddenDragon - 9 hours ago
The report aired on ABC Canberra news tonight about the devastating impact of the hailstorm on important crop resilience rese... View
News 12

mark boast - 10 hours ago
Why the rage against e-scooters? I ride the paths a lot on my bike and for the most part I see people behaving well and enjoy... View
Food & Wine 28

Rohit 'Swarley' Singh - 14 hours ago
The old demand a 50 upfront then charge you cause you're cooked again View
Buck Johno - 1 day ago
From what I remember of night rider busses it was only over summer. View
News 7

@The_RiotACT @The_RiotACT
The Dirty Sunflowers will be joining Slagatha Christie & Highland Light on stage this week. Find the details in our latest Gig Guide https://t.co/dJxSjsQRbd (7 hours ago)

@The_RiotACT @The_RiotACT
Multicultural Eats: Where to find the best Indonesian food in Canberra https://t.co/v5lPRYRs5P (9 hours ago)

@The_RiotACT @The_RiotACT
The ACT Government's about to launch its biggest-ever domestic tourism marketing campaign. What experiences would you promote to Australia? https://t.co/Oe3GbmEsGw (11 hours ago)