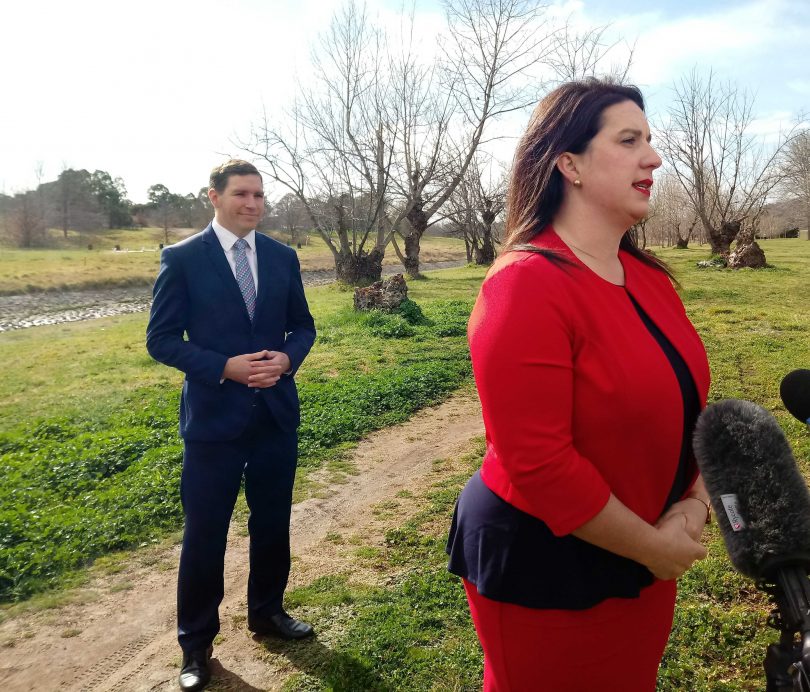 A federal Budget measure has exposed the hollowness of the Canberra Liberals’ commitment to reverse the Curtin horse paddocks deal that in March delivered the prime land in the inner south to the Commonwealth for a new diplomatic estate.

The Budget provides $600,000 over two years for master planning and design works for the new diplomatic estate, to be met from within the existing resources of the National Capital Authority.

Canberra Equestrian Association president Christine Lawrence said the move made a mockery of Liberal MLA Giulia Jones’ promise that the Commonwealth government would back away from the plans and that a Liberal ACT government would rip up the deal.

Mrs Jones said in August: “I have had conversations with the federal Liberal Party and I am confident we can unpick this deal.

“We will return the horse paddock to the people of Canberra. We will do everything possible. We will be obstructionist.”

The Budget allocation suggests the Commonwealth intends to press ahead with plans for the diplomatic estate.

Ms Lawrence, whose members were shocked when the deal was announced, said the Budget development was not unexpected as it was clear the Liberals had stopped talking about saving the horse paddocks and more on saving green space.

”I’m old enough to know to treat almost anything our politicians say with a grain of salt,” she said.

That battle may be lost but Ms Lawrence has not lost hope altogether because of the impact the global pandemic will likely have on the NCA’s plans. 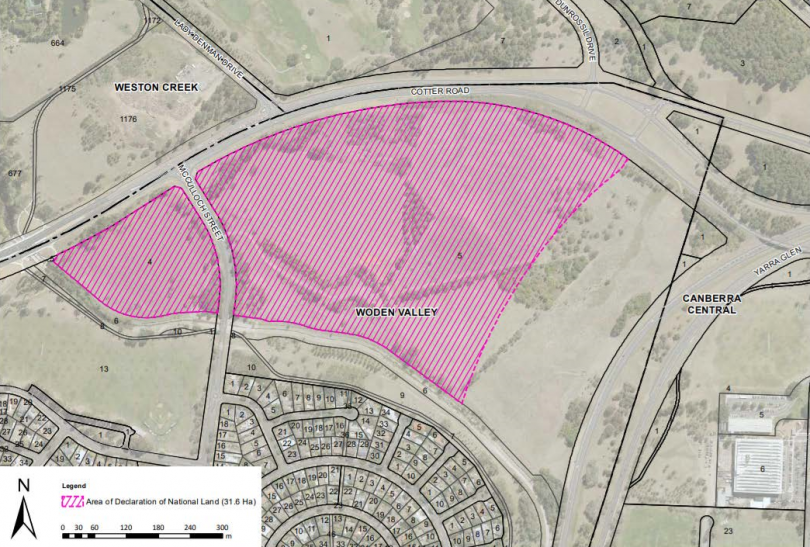 The portion in pink shows the section of the North Curtin Horse Paddocks handed to the Commonwealth. Image: Supplied.

She said the NCA will have to change the National Capital Plan, which requires an act of Parliament.

”That could be some time before they get the changes they need,” Ms Lawrence said.

”Then they have to do a landscape plan and then they have to find someone on this planet who has enough money to be building an embassy in a foreign country in the middle of one of the greatest economic crises we’ve ever faced. Who’s going to be doing that?”

Horse owners have been given until 2022 to find alternative agistment as part of the deal, in which the Barr Government traded off 70 per cent of the 30 ha North Curtin Horse Paddock for 2.8 ha of lake bed at West Basin where it plans a major redevelopment.

The deal has allowed the City Renewal Authority to proceed with the second stage of its plan for a new urban waterfront at West Basin – the Acton Waterfront project.

Ms Lawrence said the goal now was to push the NCA beyond 2022 and keep the paddocks open at least until 2024 when the Territory Agistment contract ends, ”and talk about what happens next after that”.

”Things are going to slow down to a crawl, and we’ve got more time to look at other ways to help these people,” she said.

The NCA has been pursuing more land for its estate plans for years, particularly after it was forced to abandon its original proposal in Yarralumla after an outcry from residents and a parliamentary inquiry.

In May, NCA CEO Sally Barnes said that the national interest came first and the Commonwealth had an obligation to provide land for countries pressing to develop new embassies.

The ACT Government has earmarked the remaining strip of land on Yarra Glen for housing, given that it is on the Stage 2 light rail route to Woden.

“The Budget provides $600,000 over two years for master planning and design works for the new diplomatic estate, to be met from within the existing resources of the National Capital Authority.”

Not exactly a big or binding commitment, particularly from a federal government which is often criticised for over-promising and under-delivering on infrastructure, and which seems fairly uninterested in the ACT (AWM aside).

The horse paddocks are very important because horses will be required to pull the trams across LBG. The horse-drawn tram to Granite Island is currently available.

Of course this is a done deal and it makes perfect sense to utilise the area for this purpose. The local Libs were just making some noise to try garner some votes.

The pandemic may slow future embassy builds but the NCA wouldn’t be expecting many to be built in the short term anyway.

This is about reserving the area for future use and conducting the necessary early planning.

Having a large area like this so close to a major transport link reserved for a tiny amount of horse owners is beyond ridiculous.

Play another tune Bushnell. Your constant whining about the Liberals is tiresome and boring.