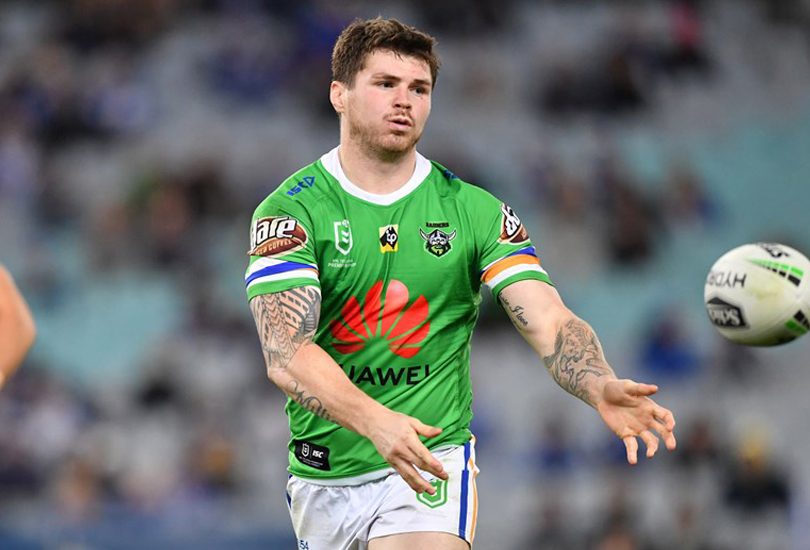 Huawei Australia has announced that this season will be their last as the naming rights sponsor of the Canberra Raiders.

A deal signed in 2019 extended Huawei’s sponsorship for two years until the end of the 2021 season, but the company said it would be terminating the deal 12-months early as the “continued negative business environment is having a larger than originally forecasted impact on our planned revenue stream”.

The name will be relocated to the back of the Raiders’ jersey but the Chinese tech giant will retain the naming rights for the Raiders Training Centre.

The move comes against a backdrop of tension between China and Australia after the Australian Government pushed for an independent inquiry into the COVID-19 outbreak and China announced it would raise tariffs on Australian exports including beef and barley.

China has also announced an inquiry into the dumping of Australian wine, which has rocked the industry and created more uncertainty.

READ ALSO: What might have been? The eight greats who left the Raiders

Huawei has also been banned from being involved in building Australia’s 5G infrastructure and rollout due to security concerns over the company’s links to the Chinese Government.

Huawei Australia’s Chief Corporate Affairs Officer Jeremy Mitchell says it was a tough decision to cancel the deal with the Raiders and alluded to the difficulties faced by Huawei in Australia. 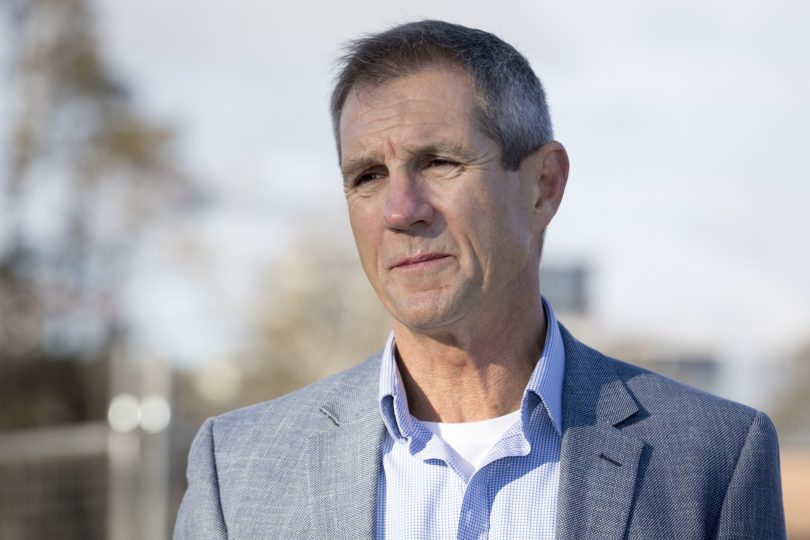 “Even after the Turnbull government banned us from 5G we managed to find the resources to continue the sponsorship but we just can’t financially support it any longer,” Mr Mitchell said.

“It is so disappointing that it has ended this way but are very proud of the small role we have played in this great NRL club.”

Raiders CEO Don Furner thanked Huawei for their support after the company chose the Raiders as their first major sporting sponsorship in the world.

“This relationship has been about so much more than just a logo on a jersey. We have worked with Huawei on a number of very important community initiatives and fundraising opportunities for very worthwhile causes,” Mr Furner said.

“We are very sad that they will be stepping back as major sponsor of the Raiders but we are very proud of all that we have achieved together and we hope we can finish this season off successfully.”

Chief Minister Andrew Barr said the departure of the multinational will be difficult for the club in the current market, but the club’s strong on-field performance and off-field administration means they have a running start to find a new sponsor.

Mr Barr conceded it is tough to get multinational sponsors to come to Canberra and that any new sponsorship is likely to be worth a lot less during the current economic downturn.

They're sure using that "soft power" to hit us where it hurts.

Huawei is under suspicion around the world for its activities and links to the Chinese Government. For those reasons a different sponsor for the Raiders is preferable and timely. I refuse to wear a Raiders supporters jumper with Huawei on it.

Realised there is no data worth secretly recording at Raiders HQ.

Think twice about getting a Huawei phone. Guaranteed access to Chinese intelligence!

Wow they are dumping this years Premiership Winners......

This has less to do with Australian-Chinese relations, and more to do with the economic impact on Huawei, from the U.S. ban on American companies supplying goods and services to Huawei.

They are suffering financially and it’s not surprising their discretionary corporate spending is being wound back.

profits are up: [Shenzhen, China, July 13, 2020] Huawei announced its business results for the first half of 2020 today. The company generated CNY454 billion in revenue during this period, a 13.1% increase year-on-year, with a net profit margin of 9.2%.[1] Huawei's carrier, enterprise, and consumer businesses achieved CNY159.6 billion, CNY36.3 billion, and CNY255.8 billion in revenue, respectively.

keek - 46 minutes ago
Nobody held a gun to the Chancellors head and said "You must rely on income from foreign students and expand to a level where... View
chewy14 - 3 hours ago
JS9, Whilst I would agree that the Federal government has set the framework and playing field that the Unis are operating in,... View
Capital Retro - 4 hours ago
No one seems to know but I heard CM Barr on ABC radio say the $50,000 a year includes the fees to the universities and all th... View
News 19

chewy14 - 3 hours ago
BJ, At a guess, I'd think JC is talking about the Weekday boardings, which are naturally brought down overall by the lower we... View
bj_ACT - 4 hours ago
Where do you get 15,000 per day average from? Start of Light Rail to end Feb 2020, before Covid hits is 11,000 per day.... View
chewy14 - 5 hours ago
JS9, Yes the subsidy on the bus network is massive but the argument that comprehensive public transport is an essential publi... View
Community 12

Capital Retro - 4 hours ago
".... An emblem showcasing medieval queens, crowns, and castles, doesn’t represent 21st century Canberra..." We have all th... View
Stephen Saunders - 10 hours ago
Symbols do matter. The British monarch is the white hereditary chief of the Church of England. An emblem showcasing medieval... View
HiddenDragon - 20 hours ago
"Could the Brindabella Ranges be incorporated into the ACT’s coat of arms,..." An image which combined the mountains and th... View
News 1

ChrisinTurner - 24 hours ago
Remember when the ACT government acted to make it uneconomic to have a supermarket in Coombs? So much for walkable localities... View
News 2

@The_RiotACT @The_RiotACT
Zach Bates will be the youngest competitor in his first race at Bathurst this weekend, but the Canberra Grammar student has a great track record behind him, despite being only 16 years old. https://t.co/0h1WVWaRVm (3 hours ago)