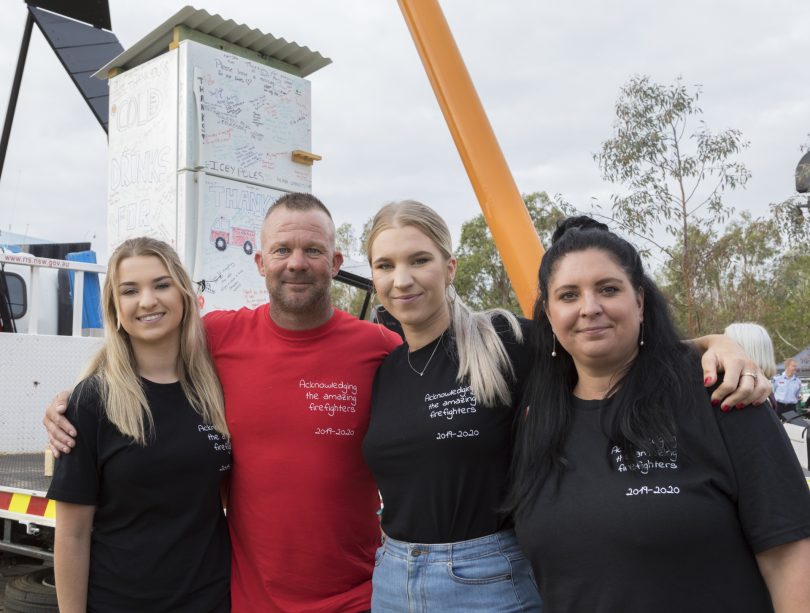 Seeing their fridge through to it next home is, from left, Chloe, Scott, Danielle and Claire Hooper at the National Museum of Australia. Photo: Michelle Kroll, Region Media.

Under a police escort from Bungendore to Canberra, a humble fridge made a hero’s entrance when it arrived at the National Museum of Australia today.

A flotilla of local fire trucks from the entire region followed, as more than 1000 people waved, cheered and couldn’t contain their emotion for the emergency services personnel whose hoses and fire trucks poured water, heart and soul into fighting this summer’s bushfire emergency.

Bungendore residents Scott and Claire Hooper set up the free ‘tuck-shop’ by the main road outside their home to ensure passing firefighters didn’t go thirsty.

Today the National Museum welcomed the fridge as an artefact of a summer Australia will never forget.

“It’s a bit of closure today and I think that’s what this is meant to be,” Claire said. “It’s time to say goodbye to the summer and the devastation and thank you to all these amazing people.” 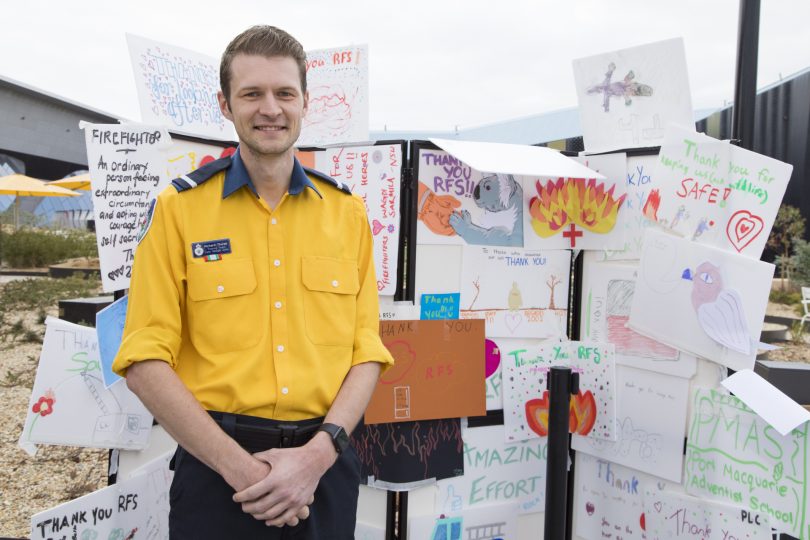 Bungendore Rural Fire Service Brigade member Richard Thorek approached the National Museum offering the fridge for display, along with the heartwarming and heartfelt messages for thirsty firies that make it more than just another fridge.

“Claire and everyone who helped have made a lot of people feel really happy,” Richard said. “To be able to give it to the Museum where everyone can see it, rather than having it just sitting in the back of our fire shed, is really fantastic.”

National Museum director Dr Mathew Trinca said the acquisition of the Bungendore fridge will be the first of a series of collection and community outreach projects to mark the summer’s fire crisis.

“The Bungendore fridge exemplifies the kindness and community spirit synonymous with Australians facing difficult times — we’re so pleased to accept it into the national collection,” Dr Trinca said.

“The story of this bushfire catastrophe is still being written, but our memories and recollections of this summer will resound for many years to come. For many reasons, it will come to be seen as a defining moment in the nation’s record of this time.” 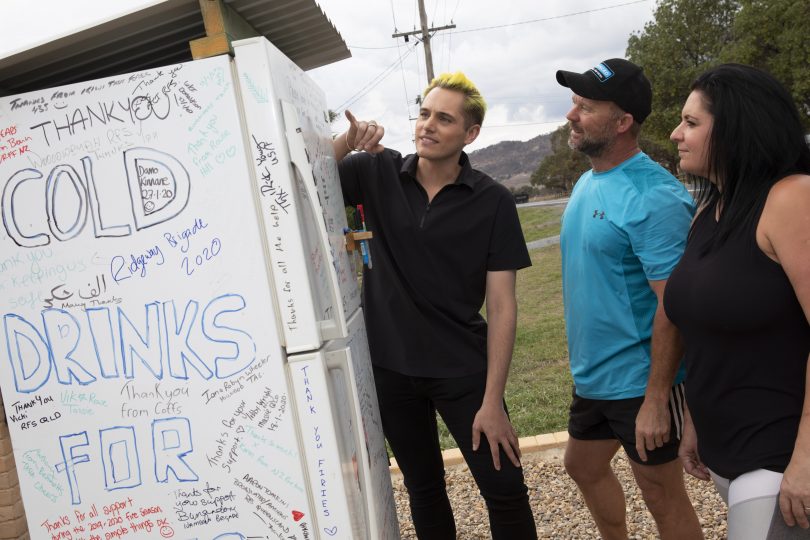 Curator Craig Middleton said Claire and Scott Hooper placed the fridge outside their home on 19 December 2019 after the Kings Highway was closed and the usually busy highway was only serviced by fire trucks.

There are now hundreds of messages of support and thanks from community members, firefighters and passersby inscribed on the fridge in permanent marker.

Among the many hundreds of firefighters present today was the very proud commissioner of the ACT Emergency Services Agency, Georgeina Whelan, who said she wiped a few tears away watching the fridge arrive.

“We haven’t really let our hair down just yet as we still have a few little ‘smokers’ out there in the Namadgi National Park,” Commissioner Whelan said. “We’re maintaining our guard, but this is kind of the first step to saying ‘it’s almost over’.

“It’s the first time I think we’ve allowed ourselves to celebrate what has been the outstanding achievements of our firefighters and all of our volunteers nationally in supporting our communities.”

The Lions Club served bacon and egg sandwiches by the hundreds as emergency services personnel from all across the southern NSW region joined in conversation around the now-beloved whitegood.

The instigator of the fridge’s new home, Richard Thorek, said many more people are lining up join one of the brigades ahead of the next fire season.

“Fingers crossed, this event today marks a bit of an endpoint for the fire season. It’s been a long season and we’ve been going since the 28th of November when the North Black Range fire almost got to Braidwood,” Richard said.

“A lot came out of the woodwork to help out this year and we’ve got a lot of people lined up to join the brigade as well, so it will be a good influx of new people to help take the pressure off. We’ll have more people for next time, and maybe more fridges, too.

“We may have to come and borrow this one back and stick it on the side of the road again.” 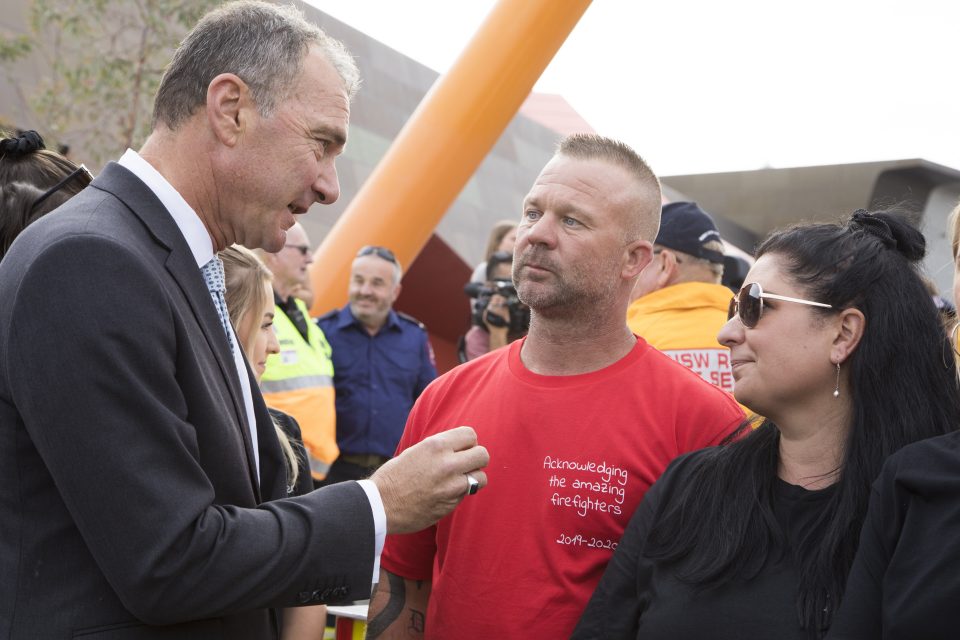 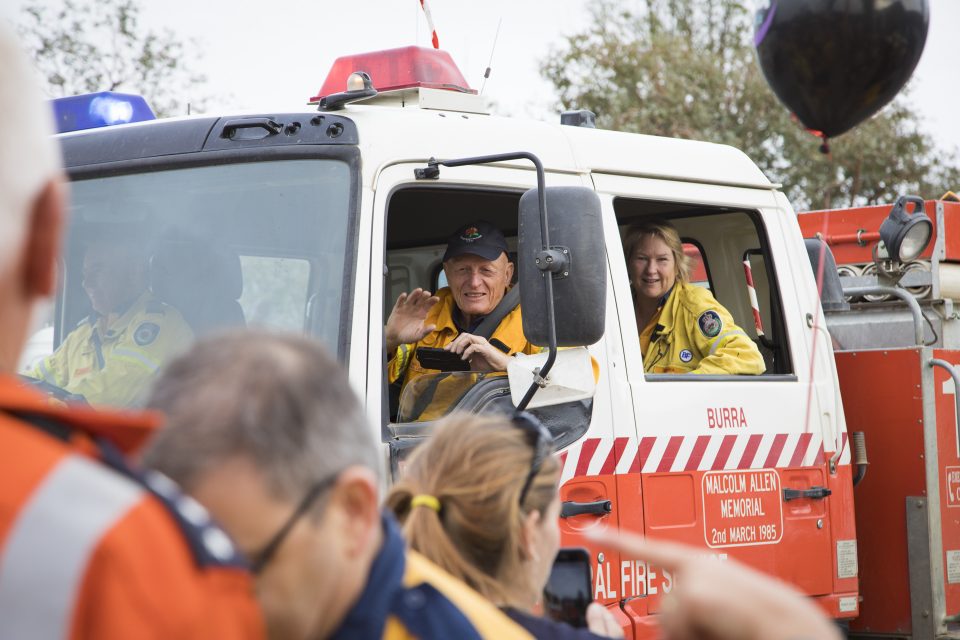 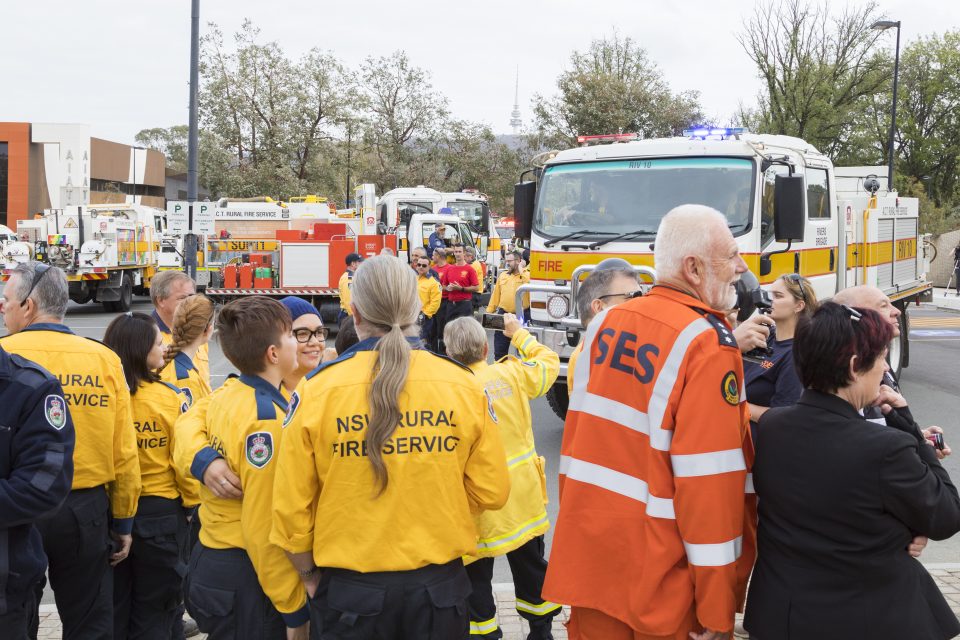 Firefighters welcome the fridge to the National Museum. 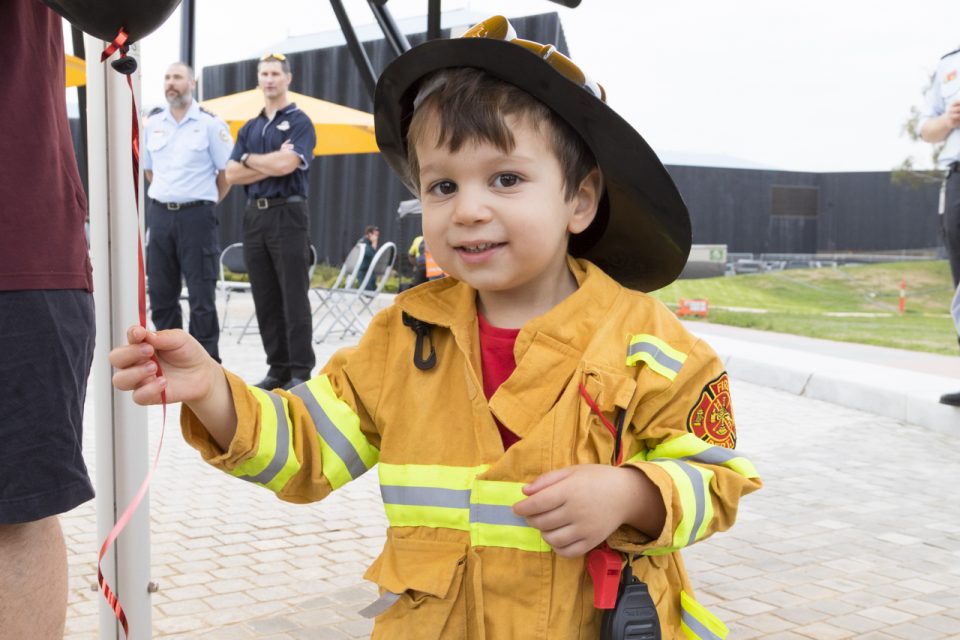 The next generation of firefighters. 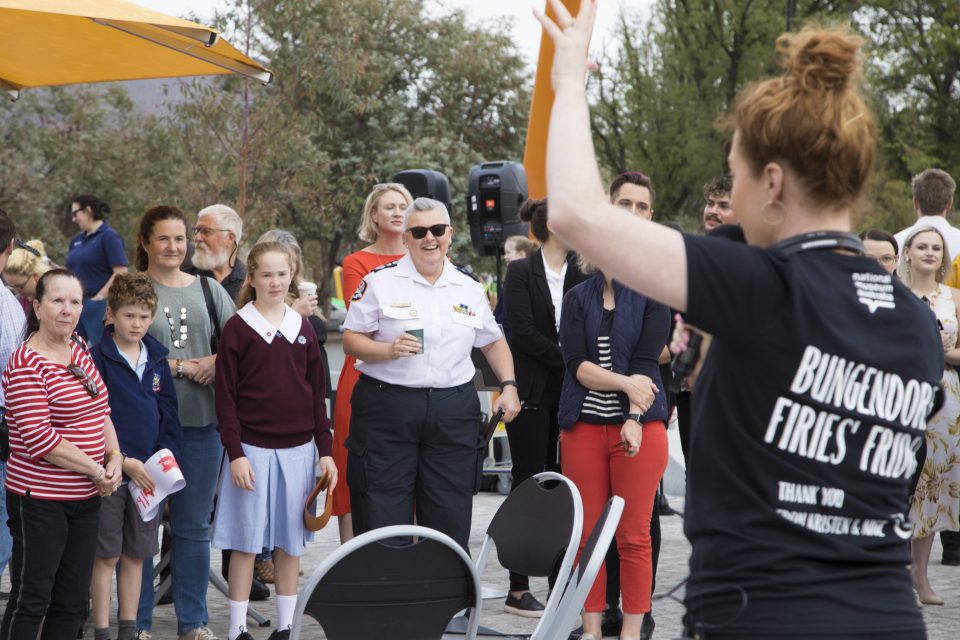 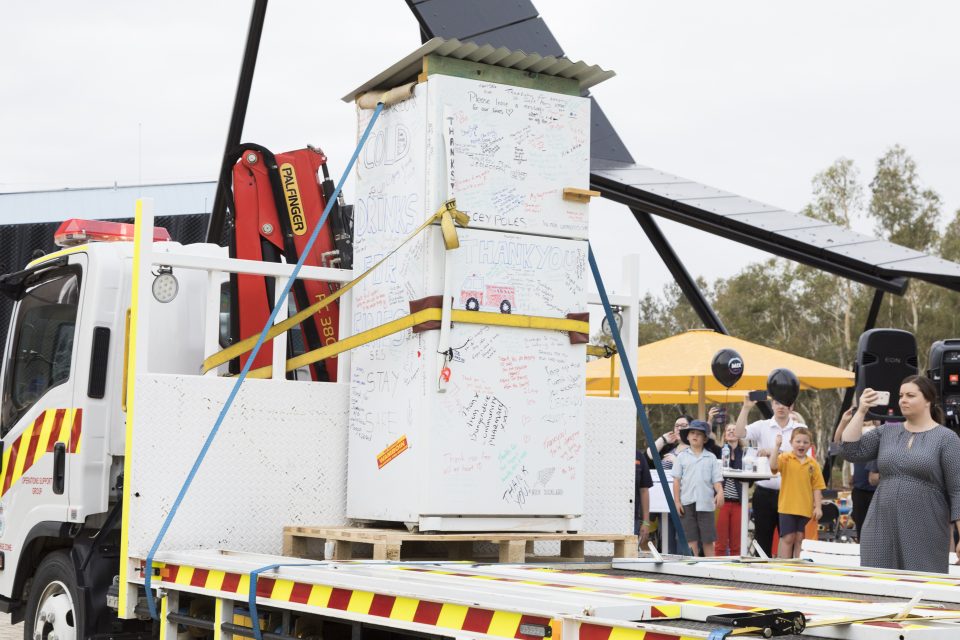 Firefighters welcome the fridge to the National Museum.

The next generation of firefighters.

You are all legends, God bless.

It was a great initiative set up by lovely country folk.

ACT Health has reported 20 new cases of COVID-19 to 8 pm last night. Yesterday there were 35 new cases...
*Results are based on activity within last 7 days

@the_riotact @The_RiotACT
With more and more families and low-income earners being squeezed out of Canberra's rental market, Community Housing is providing solutions. @APW_ACT highlights the number of ordinary Canberrans facing rental stress and the need for more affordable housing https://t.co/xSlGC5HKMZ (50 minutes ago)