Treat your partner
with dessert from Super Emoji
Buy now 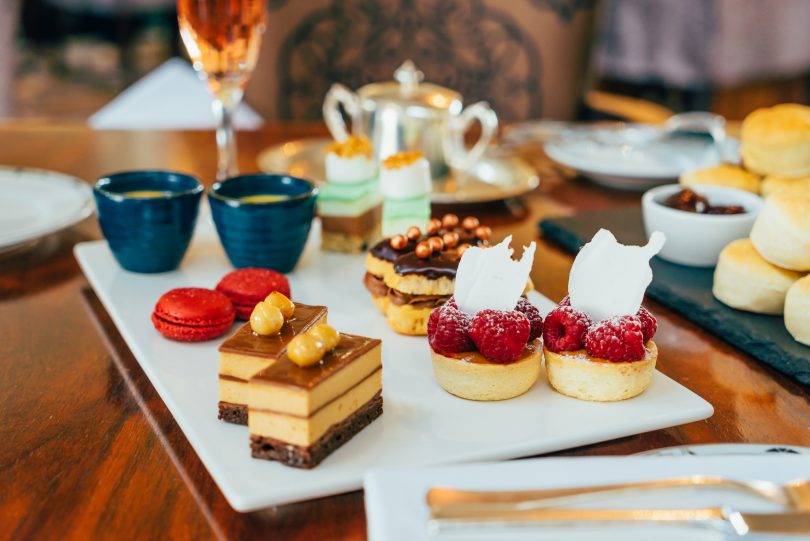 The Hyatt Hotel’s Tea Lounge took out the major 2018 ‘Cafe of the Year’ award. Photo: Supplied by the Hyatt Hotel.

The Hyatt Hotel Canberra in Yarralumla, the National Press Club of Australia in Barton and Les Bistronomes in Braddon have taken out top honours in the Restaurant & Catering Association’s 2018 ACT Awards for Excellence.

The prestigious awards are determined by independent judges making anonymous visits to venues, with the winners announced at a gala industry dinner at the Hotel Realm last Monday night.

It was the first time the Hyatt’s Tea Lounge had been entered in the ‘Cafe Dining’ category and it not only took out that award but also won the major ‘Cafe of the Year’ award. 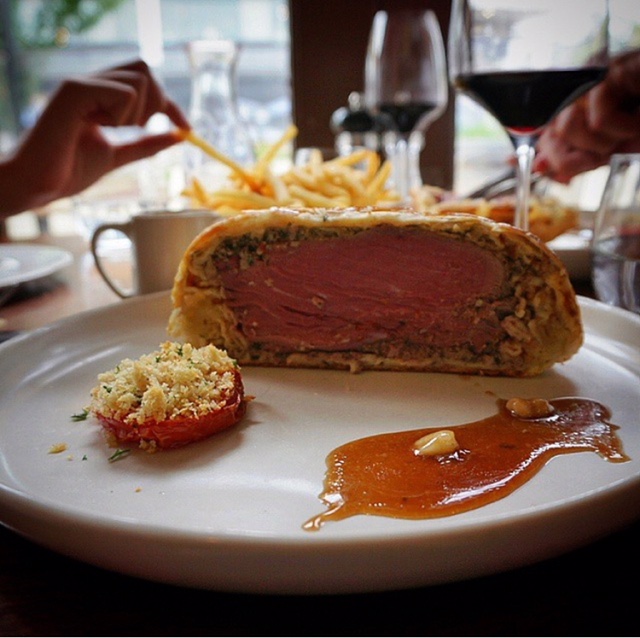 Boeuf en Croute – Beef Wellington is one of the meals at Les Bistronomes. Photo: Sophia Brady.

All three major category winners will now be in the running for the National Awards for Excellence to be announced at Sydney’s Luna Park on October 29.

Restaurant & Catering Australia CEO Juliana Payne congratulated the individuals and businesses recognised as part of the ACT Awards and praised their contribution to the local hospitality industry.

“The ACT’s hospitality sector has some magnificent offers and we are delighted to acknowledge a few of them of this year’s ACT Awards for Excellence,” Ms Payne said.

“I’d urge everyone not just to take our word for it but to go out and experience the divine culinary experience on offer throughout the ACT.”

On Monday night more than 30 local restaurants, cafes and catering businesses gathered to celebrate the achievements of their peers who were judged over 22 categories.

The Awards for Excellence is the only program in Australia where the judging criteria is determined by consumers who rank what is important to them in the dining experience. The scores from the independent anonymous judges are based on the entire dining experience – from food to the customer service experienced when the judges anonymously dine.

It was a good night for the Hyatt Hotel which, on top of the major cafe award, took out wins in the Cafe Dining category (for The Promenade Cafe), and the Function/Convention Centre Caterer category.

“We are so proud of our dedicated team for their amplified service of our guests. We are committed to delighting guests with attentive services and facilities, ensuring that it stands out among its peers in the coming years.”

Along with its major catering award, The National Press Club also took out the Wedding Caterer category. 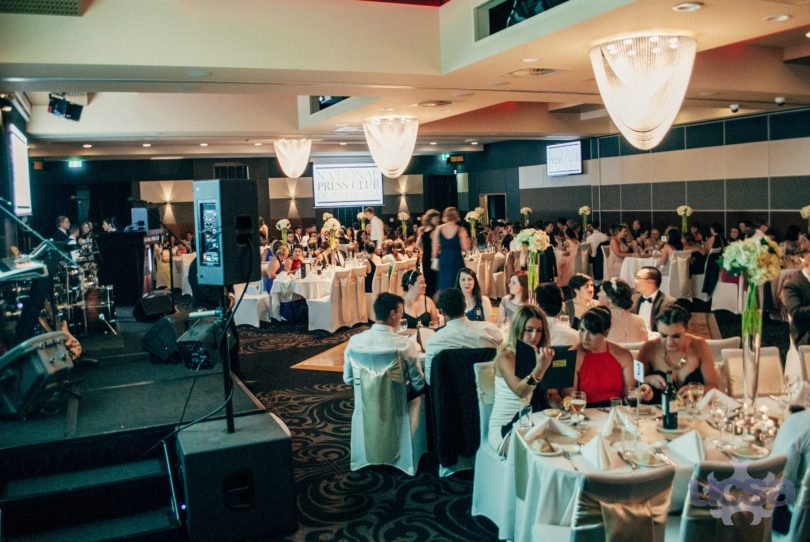 The National Press Club’s food and beverage manager, Paul Butler, said the club was “pleased, honoured and humbled” to receive the award.

“We have a strong cohesive team front and back of house who work hard. The food is amazing, the service is attentive and we love what we do,” Mr Butler said.

As well as being named Restaurant of the Year, Les Bistronomes in Braddon won the European Restaurant category.

Since opening in October 2014 in a prime position on the corner of Mort and Elouera St the classic French bistro has been well and truly embraced by Canberrans who enjoy the old-school French meals which respect traditional techniques.

Among the many other award winners on Monday night was the ever-popular Daana restaurant in Curtin which took out the Best Indian Restaurant category award. It was the second year in a row for the restaurant to take out an award, with it last year winning the Best New Restaurant in the ACT award. 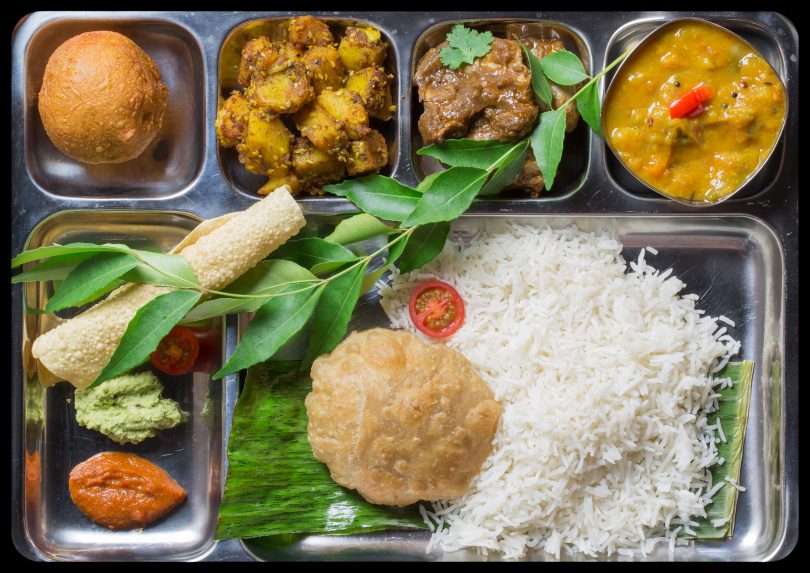 Daana chef co-owner Sanjay Kumar said winning the award is “a reinstatement of our efforts to showcase the richness and diversity of Indian cuisine to Canberra”.

Chef and co-owner Sunita Kumar said that “when one dares to be different and go off-the-beaten-track, life in hospitality becomes even more challenging”.

“For us at Daana it has become a journey of helping guests understand and appreciate the nuances of the vastness of Indian cuisine.”

Another award winner was Damian Brabender of Otis Dining who won the ACT chef award for 2018.

Mr Brabender said receiving the award was an honour and an amazing surprise.

“Considering that the other finalists are chefs that I look up to, this is very humbling and I am very grateful for the recognition,” he said. 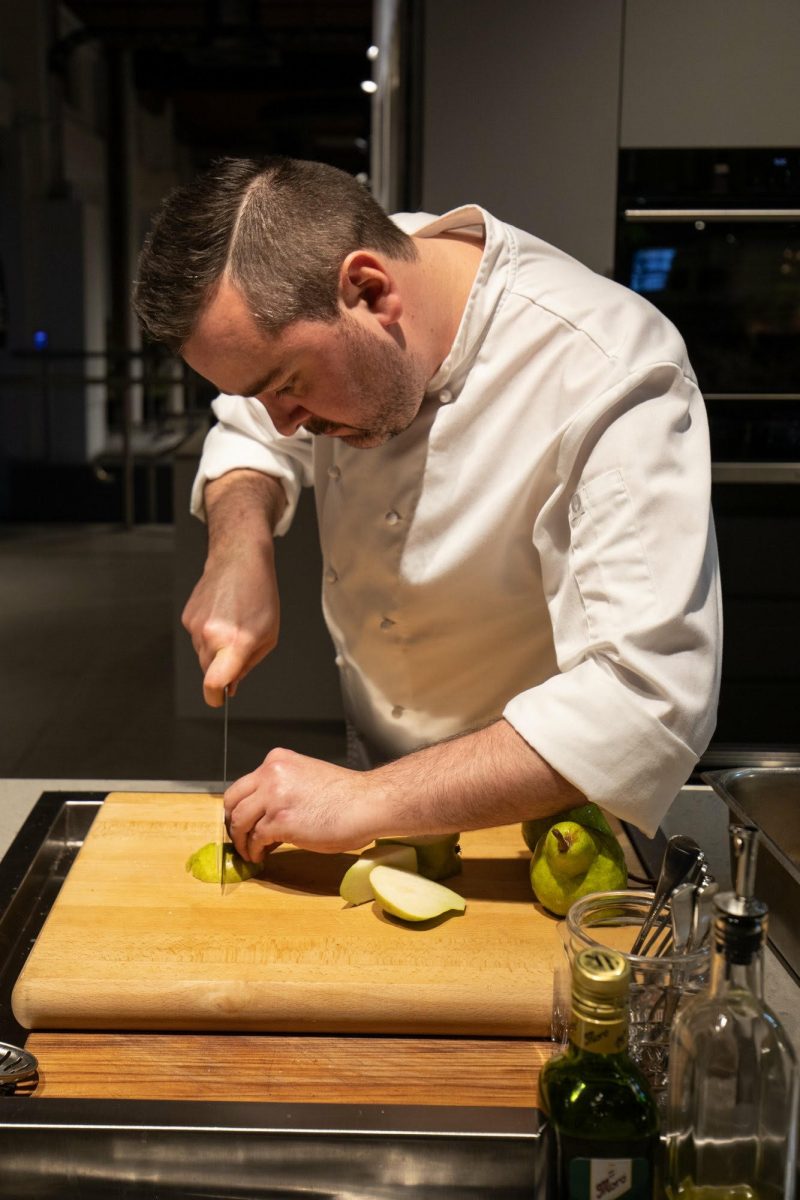 Below is a full list of all the award winners, apart from those in the three major categories.

JC - 7 hours ago
So true. It’s far easier to whinge about anything and everything. Though think the core issue is many here just don’t lik... View
Jay Bee - 10 hours ago
I cannot believe the negativity on this site. So many critics, and not a constructive suggestion between them. What is there... View
bd84 - 10 hours ago
Another Barr Government “we’ll just stick it here” project. They’re closing off Callum street and effectively putting... View
News 2

@The_RiotACT @The_RiotACT
Running seven marathons in seven states in seven days will be uncomfortable says Kaiti Penrose who is one of six runners in the region taking on the Bravehearts challenge to end childhood violence https://t.co/Briu2xeOMC (1 hour ago)