I miss you, dear Canberra. 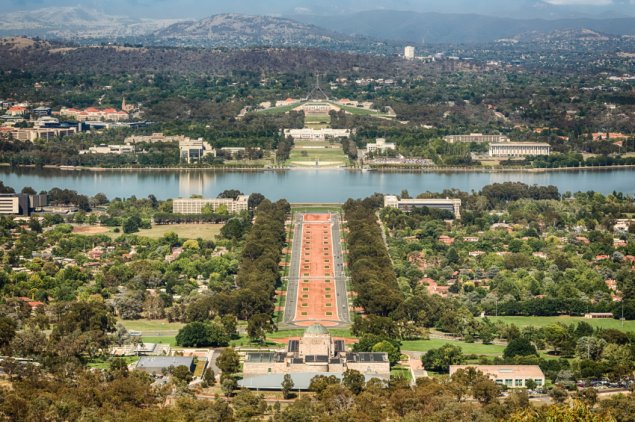 I left Canberra over 12 months ago, with plans to explore new opportunities overseas.

It was a reluctant departure. Over the course of 18 years, I grew to love the territory in a way I could not have imagined when I first arrived in ’93. Though the sheep paddocks could still be found, I had been lucky enough to be exposed to the “secret” Canberra, the one which locals have long preferred to keep hidden from tourists.

I’ll refrain from giving too much away, lest someone across the border reads this.

And yet, the world seems to have caught a little gleam of just how incredible Canberra is. From that New York Times article to social media viral images of monster smoothies and hand made ice creams and world-beating baristas, right through to the adulation poured on Canberran expats making waves in sports and show-business, it’s hard to go a month without some mention of the nation’s capital here in the US.

It’s not just “outsiders” who are praising Canberra. I’m so happy to see a constant stream of fantastic blogs and social media posts and reviews and articles from locals about the happening in the city, of which there seem to be no end. I’m so proud of what I’m witnessing from a distance, and so thankful that forums such as the RiotAct exist.

To see so much growth and activity in Canberra in such a short time makes me miss the routine I had built.

To work in a little office complex at the Isaacs shops, where clients could park for free and grab a bag of bagels after getting their legal affairs in order. So very Canberran, the duality of formal business with creature comforts so at ease with each other.

To hike Tidbinbilla on Sundays, then brunch in Kingston or Manuka and spend the rest of the day alternating between a cuppa and a beer at what seemed to be a new place every week.

To have access to food from around the globe within a couple blocks of each other, never once worrying about the quality of the ingredients or the care with which they were prepared, knowing whether a food truck or restaurant, everyone was striving to outdo each other and therefore were making the very best food they could.

To be able to meet and befriend athletes and judges and students and professionals and politicians and musicians… is there anywhere else with greater access to a wider variety of people? It’s like being on a university campus every day.

Canberra is unique in that for all the planning and detail that has gone into shaping the physical part of the city, the emotional and cultural side has been developed organically not by the demands of an increasing population, like most cities, but by the collective interests and passions of a community that genuinely wants to be there.

So why this outpouring of affection for Canberra tonight?

I suppose it’s mainly because of the recent story of Canberra basketballer Kalie Kamara, who recently ran a crowdfunding campaign for a knee reconstruction.

Kalie was a refugee from Sierra Leone. I came across him in one of the programs the Big Bang Ballers ran for at-risk kids. Within a year he was helping me run camps and clinics, and by the end of the 2nd year he was managing our Night Hoops program for migrant and at-risk kids in Belconnen, coaching our sponsored girls’ teams and running our program at Bimberi Youth Justice Centre.

Kalie is a proud and wonderful kid. He dedicated his time and energy and passions to the youth of Canberra, in spite of his own hardships.

So to see how quickly Canberra responded to his need of help has been so wonderful. It’s a Canberran thing to do. Mo fuss, no fanfare, just good old fashioned help.

I miss the things of Canberra so very much, yet it’s the people who really have my heart. No wonder former PM John Howard tried to have “mateship” put into the Constitution – he had been in Canberra for a couple months at that stage, right?

I miss you, Canberra. I’ll be back soon, someone put aside a Territory flag for me signed by you all.

3 Responses to I miss you, dear Canberra.
Filter
Showing only Website comments

Famously PM John Howard did everything he could NOT to be in Canberra.

Crossing over from other RiotACT stories as has the previous poste:

To be able to park all over Canberra’s green spaces and have so many fellow Canberrans praise you for your individuality in doing so.

To rail against every attempt to stop the despoliation of our countryside with ever more ugly suburban sprawl and bitumen.

To vilify anyone who proposes a cleaner more sustainable Canberra.

To oppose any ideas that suggest that change or new ideas are possible, even though that is how Canberra got built in the first place!

I lobbed into Canberra at the end of 1970 at the behest of my then-employer the PMG’s Department.

Can’t think of anything that could prompt me to leave, (except perhaps, the nutcase politics of the Greens and their socialist sycophants).

Canberra is the best kept secret in Australia, after each long trip touring in remote areas this is an oasis to which I always love to return. Although the dopey tram line will mess things well and truly.

Pierre has it summed up perfectly.

Julie Macklin - 4 hours ago
Rheyce Spears Did your mother and grandmother have male guarantors? View
Andrew Dale - 6 hours ago
A 1 bedroom apartment is all you will get for 350k View
Julie Macklin - 6 hours ago
Unless a person has a very good income, or have inherited money, they should not be looking at a $700,000 house as their firs... View
Food & Wine 31

Lin Van Oevelen - 6 hours ago
John Moulis The cause of the fires was said to be the fast growing grass and undergrowth because of more rain, so that does s... View
Capital Retro - 9 hours ago
Lets debunk this notion now that climate changed was the cause of the 2019 - 2020 fires. The Ororral Valley fire was ignited... View
John Moulis - 10 hours ago
I'm reluctant to believe this. 1974/75 and 1975/76 were La Nina years. I remember being in Forster in January 1976 and it rai... View
News 17

Lynn Stape - 8 hours ago
agreed... I couldnt think of much worse than cleaning in a hospital at the moment... talk about front line staff.... View
Food & Wine 30

Mel Casao - 11 hours ago
Kevin Lo What ya think of this place? View
Luke Evans - 16 hours ago
Lisa Black I'll be in on that View
Kirrilly McKenzie - 16 hours ago
Anita Patel amazing! Terima kasih!!!! View
Property 56

Capital Retro - 11 hours ago
Volvo said in 2017 that this would happen in 2019. They are probably just virtue signaling. Meanwhile, their Polestar EV JV c... View
Simon Azzopardi - 13 hours ago
Very soon they will have no choice as EVs take over! Better get it sorted now rather than leave it to later.. View
Robert Azzopardi - 14 hours ago
Being on the EC side of things I congratulate the owners of IQ for allowing this project to proceed. I’m hopeful that other... View
News 82

Alan Hopkins - 12 hours ago
do you use the roads? last time I checked they weren't funded by the end user. Btw if you pay so much in rates perhaps you sh... View
Adrian Glamorgan - 15 hours ago
interesting thought View
Adrian Glamorgan - 15 hours ago
You benefit by having a city that isn't as clogged up with cars as it would be if a light rail didn't exist. "User pays" is t... View
Opinion 3

@The_RiotACT @The_RiotACT
The first koala joey to be born at the National Zoo and Aquarium has been officially named. So what's she called? https://t.co/LsECG70PBh (5 hours ago)

@The_RiotACT @The_RiotACT
The January storms may be a sign of future disasters, but even now, 67,000 ACT households may be unprepared for storms this summer https://t.co/B9i7abgx1Y (7 hours ago)