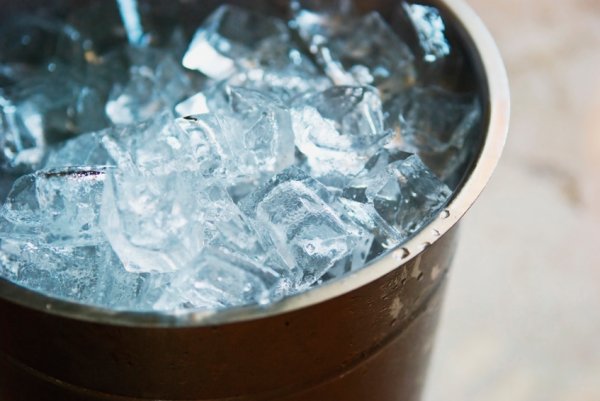 Over the weekend my husband was nominated for the Ice Bucket Challenge. So, on Sunday afternoon (thankfully a pretty nice day given it was still officially winter) he sat out in the garden while my two daughters poured a bucket of iced water over his head and I filmed it. He then came inside, donated $50 to MND (Motor Neurone Disease) Australia and posted the video to Facebook, nominating a further three people to do the same.

I’ve seen the Challenge going on for a little while now, mostly through friends and family in the UK, although it doesn’t seem to have become quite as viral on our shores. Perhaps this is due to the season or maybe people are tiring of it.

I have also seen a few ranting updates about all the reasons people shouldn’t take up the Challenge or participate in it, from water shortages (a fair call) through to it being forced charity when people may already have chosen charities they donate to and that people are more concerned with the exhibition of the act than the actual donation to the charity involved.

It is interesting then to see that the challenge has so far raised $1.5m for MND Australia, which is nothing to be sniffed at.

My daughters both got really involved and asked questions about why we were pouring ice over daddy. It proved a great platform for a discussion about charity and diseases such as MND. Whilst not huge on details, it was a nice way to reinforce a charitable message to my kids.

It does however make me pause to wonder about our approach to charity generally. In March, I shaved my head to raise money for the Leukaemia Foundation. I had deeply personal reasons for doing so, but in a way it’s a similar challenge to the ice bucket. It is one that is on show and advertised to friends and family. The same thing applies to the hugely popular Movember (supporting prostate cancer research). I can’t help but wonder if in some small way that has become a part of the charitable success of these events – the easy avenue for people to know what you’re doing (although I would argue that this is a subconscious thing. This wasn’t my reasoning for shaving my head and I certainly don’t think this was a conscious thought for friends doing Movember or the ice bucket challenge).

I know of friends who make regular charitable donations to selected charities annually with no announcement or fanfare. As a family it isn’t something we do. Our charitable contributions tend to be a bit more ad hoc, supporting friends in fundraisers, buying food for food drives etc.

My attitude to some charities has changed in many ways though, with 90% of the unsolicited calls being made to our home phone coming from charities and the shift in ‘shopping centre collections’ from donation buckets to credit card authorisations, I often feel harangued by some of the bigger National and International charities.

It does seem a shame that it takes a ‘gimmick’ to get such momentum for a cause. If we are capable of donating this kind of money to causes so erratically, I can’t help but wonder what impact could be made if that enthusiasm could be harnessed and replicated throughout the year?

But, for MND Australia, the benefit is enormous and with the challenge seeping through Parliament House (Senator Sarah Hanson Young has completed the challenge, I can’t help but hope that Mr Abbott might be on the list) and even to the somewhat stuffy academic world (the vice chancellor of UC, Stephen Parker has been doused) and anything that makes us sit up and pay a bit more attention and increase our awareness of a cause can’t be a bad thing.

so long as people actually donate for the priviledge of having a cold shower, and that Aussies donate to the local charity as opposed to the US based one, I see no harm in it.

Sylvia Doherty - 27 minutes ago
Amy MacMillen this is the talk that we went to that I was telling you about. View
Anne Brechin - 7 hours ago
I’m not convinced society as a whole wants to jail 11 year olds. View
Coralee Rauber - 7 hours ago
At age 11 the kids know better. The age should stay at 10 to be sentenced View
Community 92

Julie Macklin - 3 hours ago
Angie Carey Where? I can't see any posts on the footpath with signs in the photographs. On the wall yes, but is that an offic... View
Angie Carey - 3 hours ago
There is also footpath signage for this parking spot. View
Grant Burns - 4 hours ago
I’m no mathematician but as I see it there are 318,148 registered vehicles in the ACT (ABS Jan 2021), and according to the... View
News 10