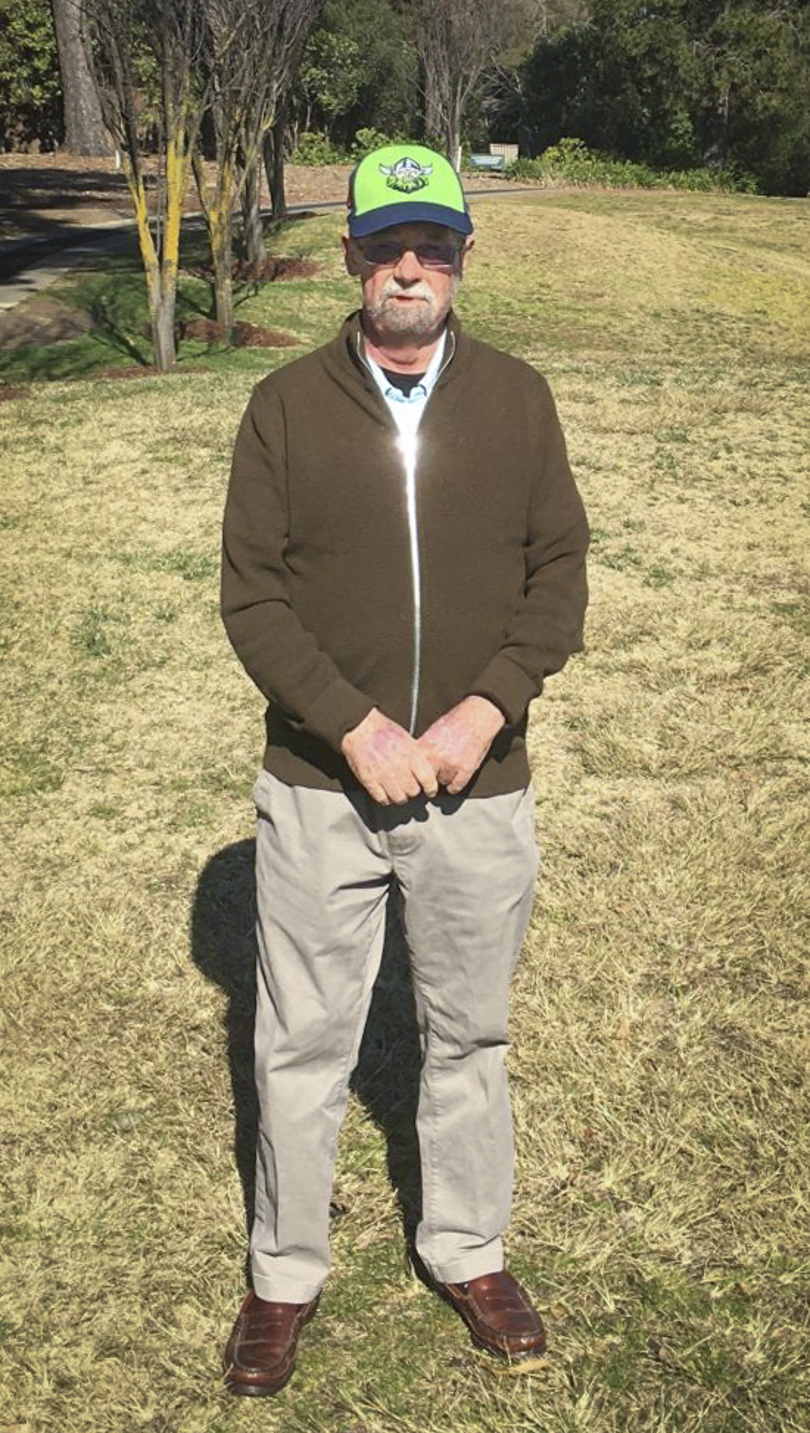 Allan Hawke grew up in Queanbeyan over the road from the Raiders founders, the McIntyres.

Allan’s brother, Phil, taught and coached Ricky Stuart and the Furners at St Edmund’s College. The connections between the Raiders and Allan are strong.

Allan is now Chairman of the Raiders, taking over from John McIntyre six years ago, following the sacking of David Furner as Raiders Coach. Now Stuart is thriving as the Coach, and Don Furner is the club’s CEO.

“I couldn’t be happier with the way Ricky is going and Don is the best CEO in the NRL,” he says proudly. “The stability of the Board is great. Forty per cent of the board are women, they are all great contributors with different skill sets.”

READ ALSO The Raiders have a bright future

It says as much about Allan and the importance he places in trust and relationships as it does about the closeness of Canberra and Queanbeyan where you rarely need to use all ‘six degrees of separation’.

But his success arises from more than his ability to connect with others. It is his ability to get things done, to ensure that it’s done right, and his responsible leadership, that separates him from so many.

Allan was identified early as a leader. He was Captain of Queanbeyan High School before graduating with First Class Honours from the ANU with a Bachelor of Science Degree, followed by a Doctorate in 1976.

As much as he excelled in study, Allan was equally passionate about sport, and it wasn’t limited to football codes.

In 1965 he was the NSW Royal Life Saving Society’s Iron Man Champion.

“When I was growing up I swam a lot, I played Aussie rules, rugby league and rugby union, all for Queanbeyan,” he explains. 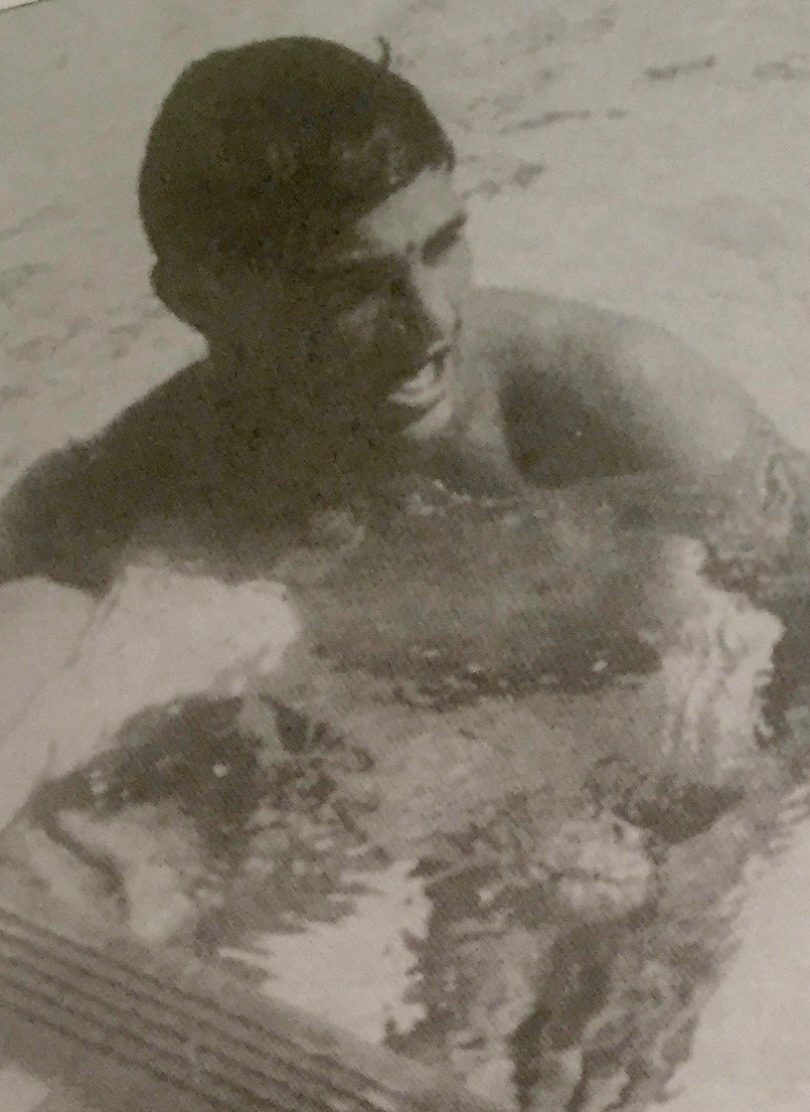 And it was through rugby union that he met his wife of 43 years, Maria.

“When I first laid eyes on her at the Queanbeyan Whites Club one night, I said to my mate ‘I’m going to marry her’”.

Maria has been a tower of strength through his life, including through his stellar public service career which saw him serve as Secretary of three Federal Government departments. 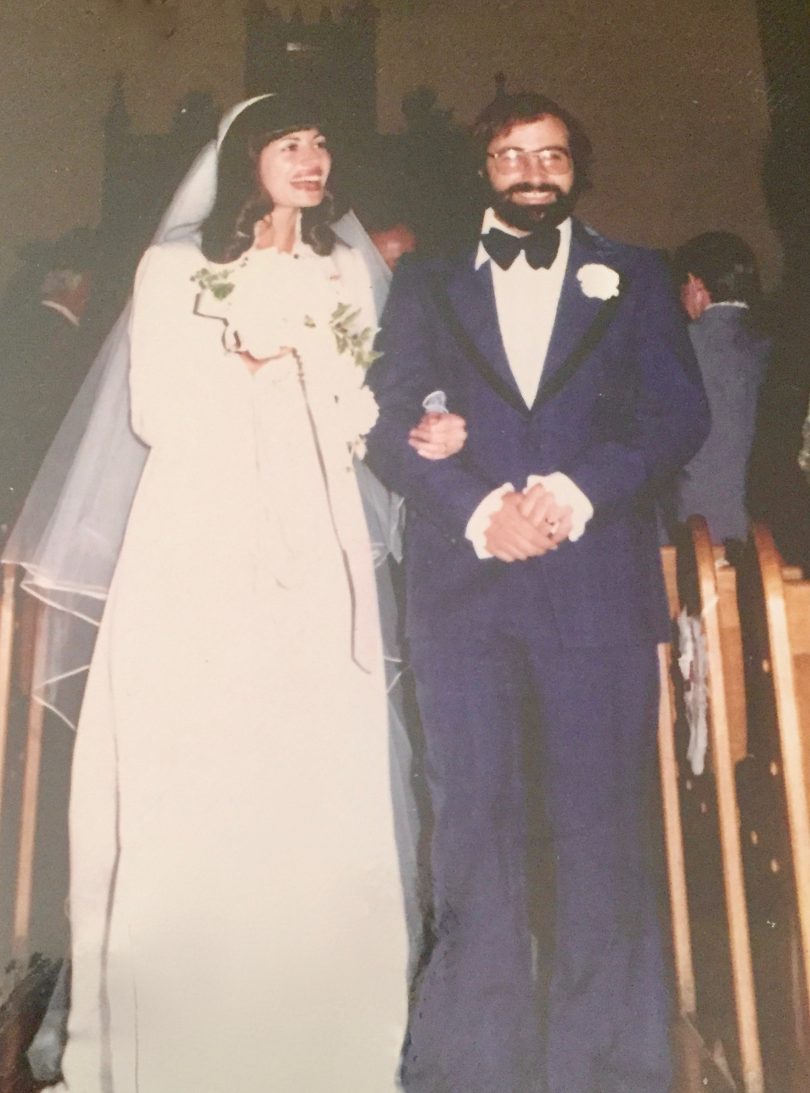 Allan and Maria Hawke on their wedding day. Photo: Supplied.

His final government posting was as High Commissioner to New Zealand after which he retired from public service to become the ANU Chancellor for three years, followed by undertaking 21 separate major reviews and reports for both the Federal and ACT governments.

Allan has been Patron and Chairman of numerous local and national organisations, such is the gravitas and respect in which the wider community holds him. 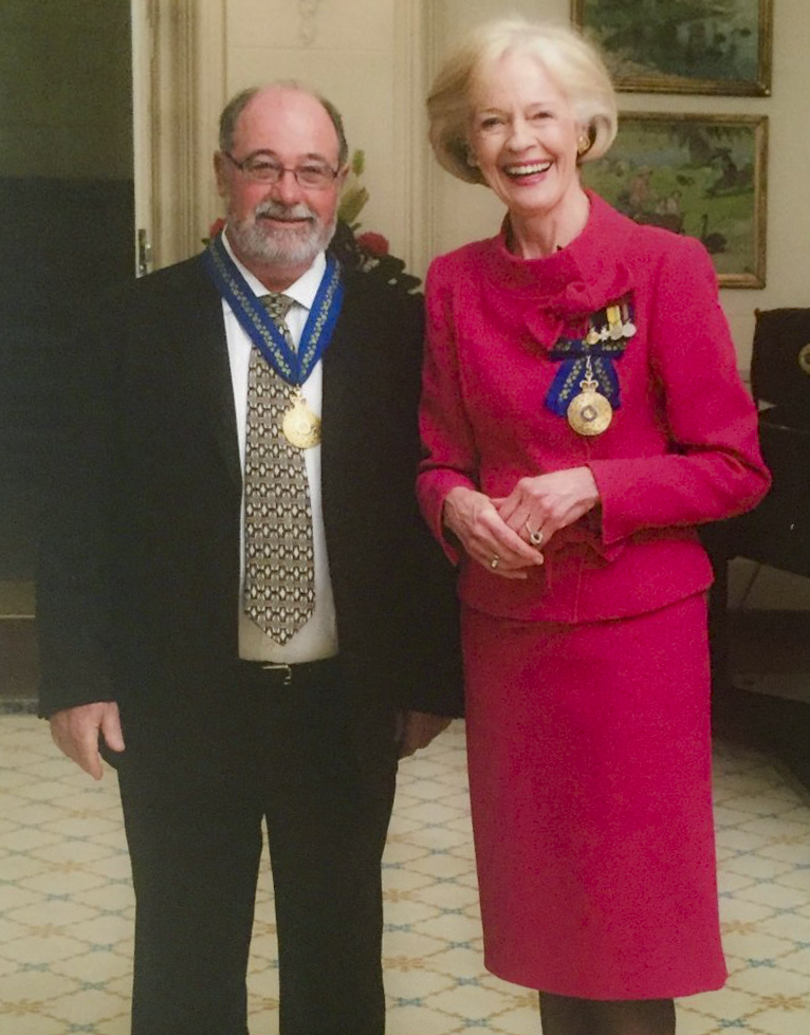 Allan received a Companion of the Order of Australia award in 2010 from Dame Quentin Bryce.

Now at 72 years of age, he is reflecting on his life thus far.

“I probably spent too much time in the sun as a kid,” says Allan casually, in response to the skin cancer detected at the start of last year which has morphed into other cancers.

As we chat in the lounge area at the Royal Canberra Golf Club it immediately becomes obvious that the strength required to lead government departments is ever-present as he faces the uncertainty of cancer.

“It’s quite debilitating but I have a very positive attitude. I’ve got too much to do to turn my toes up yet.”

In addition to his role as Chairman of the Raiders, Allan has a passion for golf.

“I love it but it doesn’t love me back,” he says with a laugh. Beyond the Raiders and golf, Allan has set himself the task of unravelling his family history. He’s already well into it.

He has already written one book entitled Calamity and Conquest, a chronicle of the convict Joseph Blundell and his companion, Susan Osborne. I detect he enjoyed coming up the title as much as researching and writing its contents.

It’s a story about his great, great grandfather, emancipated convict Joseph Blundell, and the role the family played in establishing Canberra.

Allan is now well into his second book detailing the family history of Joseph’s 11 children.

“I love writing books,” he concedes. “It keeps my mind sharp and stops me thinking about the cancer.”

Allan and Maria have one daughter, Stephanie, who, as Allan explains, “is the second-best thing to ever happen to me.” And she seems to carry on the family tradition of high achievement.

“She gained a PhD in Clinical Psychology at the ANU, married Matthew, the son we never had, and has given us wonderful grandchildren, Rosa and Harry.”

His greatest love, though, is for Maria. The woman that he saw all those years ago across the room at the rugby club remains the most important relationship of his being. His composure changes markedly when referring to her.

“She has been a great support. She has been unbelievable.” As Allan explains, “she is the best thing that has ever happened in my life”.

I remember working with Dr Hawke on the Review of Commonwealth Administration with Mr Bruce McDonald and Mr John Reid. A true gentle person with a huge intelligence. They were happy times.

What a lovely read. Good luck Allan and Marie.

All the Best Allan. One of the best Secretaries I’ve had in my 33 year APS career. Made a fundamental difference to us all in Defence.

Often spoken about with great fondness by my father, Russ Beadman.

Kia kaha Allan and Maria. We met them during our time in Wellington and Allan renewed our friendship in Canberra through our daughters.

I met Allan during his time in New Zealand. Thinking of him and Maria. Wonderful people.

Great story ,
Allen and Maria most beautiful people i ever know ,

Thanks Shane, it’s brought tears to my eyes, I just love his sense of humour.💋

A fabulous man to so many people and in so many ways. ❤️wishing you all the best

I remember Allan from his days as Secretary of the Department of Veterans’ Affairs – a great down to earth person. Wishing you all the very best with your next challenge😘

My father held Harold Hawke in the highest regard. I can not remember him speaking of many people in the same terms.

I remember Phillip well from my days at Queanbeyan High.

Allan was my swimming coach and a better mentor you could not find. I loved and wanted his Datsun 240Z.

Years later my own children swam with Allan’s daughter Stephanie. Allan was always on the pool deck watching and supporting the swimmers.

I want to take this opportunity to pass on my best wishes to Allan and his family and to say that Allan really had a positive influence on my life.

Strength to you old mate. Keep wearing those RM Williams.

Great story Tim. A more generous and supportive man than Allan you just will not meet. And Maria-he has indeed done very well there! We owe a lot to Allan.