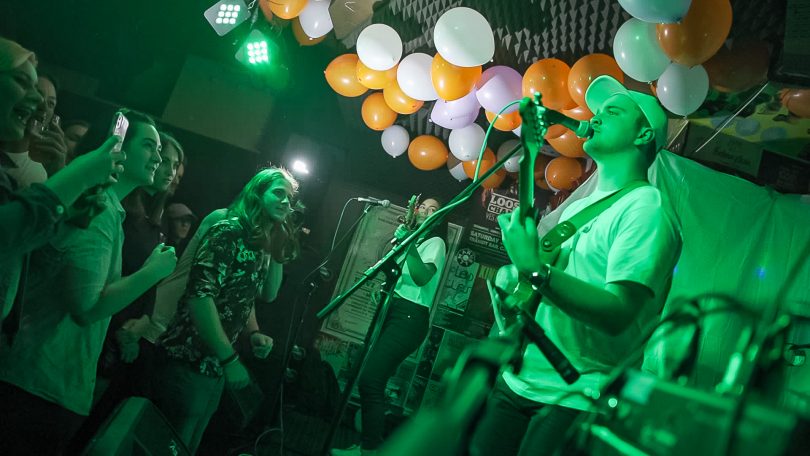 Another of Canberra’s iconic live music venues has shut its doors but not because of the coronavirus lockdown.

Transit Bar manager Barry Howarth told Region Media that negotiations on a three-year lease fell through when the landlord, the Canberra City YHA, which operates above Transit Bar, tried to increase the rent by 10 per cent.

“YHA just didn’t want to play ball with us and tried to put the rent up, so yeah, I’ve handed them their keys back,” Mr Howarth said.

He said he tried to negotiate with Canberra City YHA after licensed venues were forced to shut down due to coronavirus restrictions but they could not agree to terms.

The YHA has not responded to Region Media’s request for comment on the closure of Transit Bar or their plans for the site. However, it is understood there may have been noise complaints from nearby residents at the Waldorf Hotel across the road.

Canberra’s music community has been hit by noise restrictions in Civic for years, leading the sector to push for an entertainment precinct in the city where live music venues can operate without fear of being shut down.

The news is not all bad for fans of live music fans and Transit Bar. Mr Howarth has confirmed he is looking to move the iconic bar to a new venue in Civic.

“The new venue will be a bit bigger and not that far from the current location. It’s a ground floor and basement bar.

“It’s not 100 per cent locked in yet, but it’s a better environment with better soundproofing,” Mr Howarth said.

Music ACT director Daniel Ballantyne said a number of people have been eyeing off a vacant section on the corner of the Sydney Building in Civic as a possible live music venue.

Mr Ballantyne said the closure of Transit Bar is another example of the constraints live music venues have faced.

“The problem is that we just have general planning use for these venues such as retail or hospitality, but there is no regulatory environment where the manager of a live music venue can say this is the kind of use that is expected, along with how the rents and arrangements attached to that fit,” Mr Ballantyne said.

“That’s why we’ve pushed for an entertainment precinct under the Entertainment Action Plan.

“All live music venues generate enormous benefits to the whole scene and the impact on the scene has been considerable, and not just from the impact of coronavirus.

“This is another example of a commercial leaseholder not being able to compete in a difficult environment and the Transit is a great and important venue for the live music scene.”

Mr Howarth said if all goes according to plan with the fit-out of the new Transit Bar, they hope to reopen once restrictions are lifted, meaning there has been very little impact, apart from being unable to farewell the old venue.

“There’s such a great vibe around live music and there’s a lot of following for it in Canberra, but there’s not much left for people to go to.”

He said there was no choice but to shut the doors and look for a new location.

“We were actually evicted in the end because we couldn’t come to an agreement, but I did get one free month of rent after the coronavirus shut down came into effect. Hopefully, the next venue will go ahead quite quickly and we can be back in action again.”

“…not because of the coronavirus lockdown”.

Joseph Trib Matty Cole Ed Hallissey wonder if it has anything to do with the pizzas?

Tom Hallissey yea I love paying $26 for a McCain

Thanks for the good times Barry 🍻

Paul Reddacliff Michelle Reddacliff....is this where you did your karaoke?

Damn there was supposed to be a gig there in June...

Sad to hear, but also good that a relocation is afoot. I hope the new place also has some good perches for photos! (the one in the article was taken from my favourite spot standing on a table… thanks for the tolerance Transit Bar and the credit RiotAct!). Pity no opportunity for a farewell gig, it would without doubt have been a memorable one.

Many a great gig there despite their neighbours best efforts to kill it off. I hope the next location keeps the music going 🤘

Great venue, let's hope the next location is even better.

Andrew Grant did you see this

Joanne Clark Didn’t see this article but knew what was happening. Very sad.

Ewan McArthur did u see this?

That sucks. One of the better bars for gigs. Canberra is already lacking so much when it comes to live music, this is a big blow