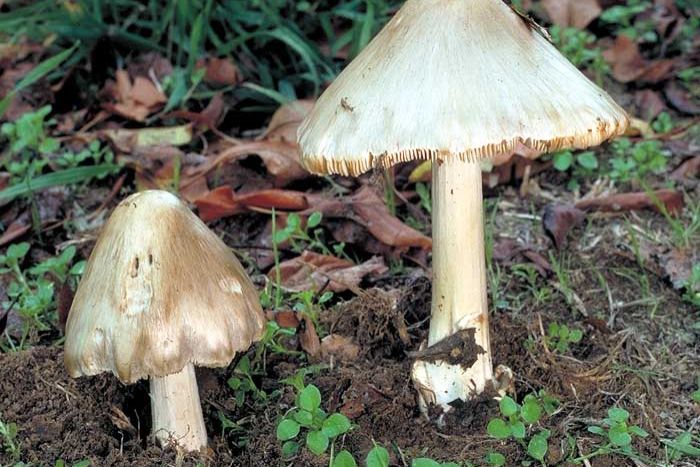 A half-open death cap mushroom (left) beside a Volvariella speciosa (right) is similar to a straw mushroom growing in Canberra. Photo: Heino Lepp.

ACT Health has urged people in the region not to touch, pick, or eat wild mushrooms after the fatal death cap mushroom has spawned following ideal growing conditions in Canberra.

In Canberra, this usually occurs in autumn, but there is no specific mushroom season given the mild conditions in the Territory.

ACT Chief Health Officer Dr Kerryn Coleman said the number of death cap mushrooms was expected to increase as we progress into autumn.

“We had an early growing season this year due to mild summer temperatures, but autumn is usually the peak growing period,” Dr Coleman said.

“All parts of the death cap mushroom are poisonous, whether they have been cooked or not.”

Dr Coleman warned the community not to touch wild mushrooms with bare hands and to keep children and animals away from them.

“If you think you may have eaten a death cap mushroom, seek urgent medical attention at a hospital emergency department even if there are no symptoms. If possible, take any remaining mushrooms to the hospital for identification,” Dr Coleman said. 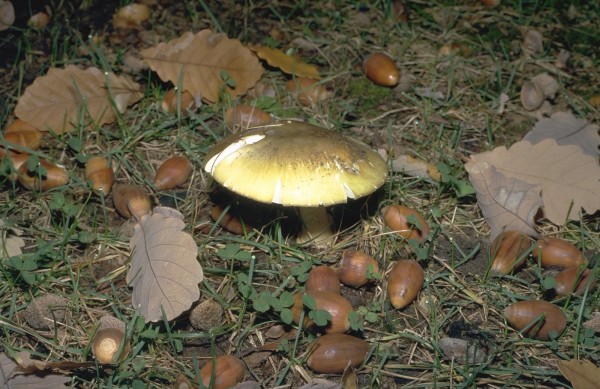 Death cap mushrooms are known to grow in areas across the ACT, often near established oak trees, although they can also be found where no oak trees are evident.

Death caps are easily mistaken for edible mushrooms, such as the straw mushroom, and there have been multiple incidents and fatalities associated with death cap mushrooms.

The first symptoms are stomach pains, vomiting and diarrhoea, which may continue for a day or two, after which there is typically an easing of symptoms and apparent recovery.

The ‘recovery’ period may last for two or three days before the terminal phase of three to five days, starting with the re-occurrence of stomach pains, vomiting and diarrhoea, accompanied by jaundice.

Without effective, early medical intervention, coma and death occur between one and two weeks after eating the mushroom. Death is caused by liver failure, often accompanied by kidney failure.

READ ALSO: Is it time to ‘modernise’ the ACT’s coat of arms?

Fungi expert at the Australian National Botanic Gardens Heino Lepp said the death cap mushroom always has a slight ammonia-like smell. However, it may be quite strong, like household ammonia.

Anyone who might have eaten death cap mushrooms should seek urgent medical attention at a hospital emergency department as early medical intervention will help the chances of survival.

As the poor bunny who has been identifying mushrooms, both toxic and non-toxic for the ACT Hospital system since 1985 I must take exception to almost every aspect of this article. To begin with, the first photo is a photoshopped montage which has gone through a number of iterations on the ANBG website over a number of years. If Lepp had any intention of informing the public, he would have disclosed the gill colours of both mushrooms. He hasn’t and as they both resemble Volvariella, it must be concluded that for his own perverse reasons, he is concealing a falsehood and they are both Volvariella. Comparison with the genuine Amanita phalloides shown later in the article demonstrates this clearly. Amanita are not toxic to touch, they must be eaten to cause injury. Unlike the advice given that there is no mushroom season, the appearance of Amanita is common after a significant fall in soil temperature caused by late summer storms which suggests that January to May are the high-risk months. Amanita are differentiated from field mushrooms by having white gills and a swollen stem base (a volva). Don’t eat white gilled mushrooms and you won’t eat an Amanita. There are white gilled mushrooms which are edible but the loss of those from your harvest might save your life. The comparison made between Straw Mushrooms (a tropical with brown gills) and Amanita, to me, is a red herring 🙁

Does this mean the “wild salmon” I had at a Braddon restaurant has a latent problem?

chewy14 - 30 minutes ago
Kenbehrens, I definitely see a role for the seizing of cars and prison time for repeat offenders as well.... View
phydeaux - 2 hours ago
"Penalising “poorer” [sic] people less, is an incentive for them, and a serious grievance to others" So sorry to hear tha... View
kenbehrens - 2 hours ago
Difficult question. I've often thought that fines are inequitable with those on higher incomes not adversely impacted. Yet th... View
News 5

chewy14 - 33 minutes ago
BJ, Whilst I think politics definitely influenced early parts of the project, Tuggeranong has since seen the construction of... View
bj_ACT - 2 hours ago
Tuggeranong’s water quality has not been getting better. I didn’t know you were such an easy marker on the score of ACT g... View
chewy14 - 3 hours ago
BJ, The problem is that short of getting rid of the Lake entirely, there is no easy (or cheap) solution. Most of the problems... View
News 319

bj_ACT - 47 minutes ago
That’s a really interesting read A nony mous. We deserve to know more research and analysis. Many of the Oaks and Cedars of... View
A Nonny Mouse - 4 hours ago
The Local Government Association of South Australia commissioned an 'Independent Inquiry into Management of Trees on Public L... View
bj_ACT - 6 hours ago
I’d certainly like to see some peer reviewed stats on the tree falls in Canberra. I noticed on radio last week the TCCS exe... View
News 1