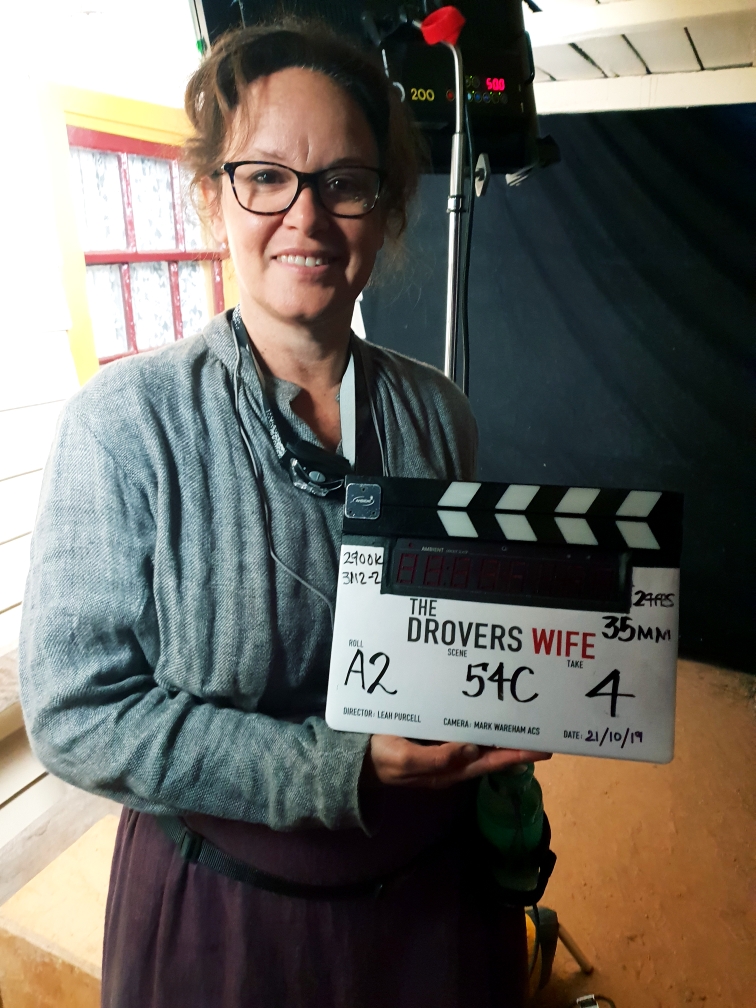 In the bush near Adaminaby, a group of talented moviemakers are gathered around a replica 1800s hut, constructed especially for the filming of our next Australian blockbuster, The Drover’s Wife – The Legend of Molly Johnson.

The activity throbs around multi-talented actor, writer and director Leah Purcell, who has taken Henry Lawson’s short story The Drover’s Wife and dropped in parts of her Indigenous great-grandfather’s history. It’s work that has already blown audiences away as a play when it premiered at Belvoir Theatre in Sydney in 2016, and will debut as a book on 3 December.

“This story has been with me for a long time from when my mother used to read it to me as a small child. To be able to realise this film now along with Bunya Productions after writing the play and novel is a part of my contemporary Dreaming.

“I’m thrilled to be doing so with such supportive partners as Screen Australia, Screen NSW, Memento and Roadshow Films,” Leah says.

Although the production team, which includes Leah’s partner, Bain Stewart for Oombarra Productions and David Jowsey, Angela Littlejohn and Greer Simpkin for Bunya Productions, have “fantastic” location scouts, they were unnecessary in finding the general area where filming would take place.

“This is a film which was written for the location it’s being filmed in,” explains Bain. “The Drover’s Wife has been part of Leah’s life since she was a child and when we were in the Snowy Mountains in 2006 to film the Ray Lawrence-directed feature film Jindabyne, she told me ‘we’ll come back here one day and make The Drover’s Wife.'”

After spending time on some worthwhile distractions, including an ongoing role in Foxtel’s Wentworth, Leah wrote the screenplay in 2016 and, true to her word, she is now on location in the Snowy Mountains, where filming will wrap this Friday (29 November). 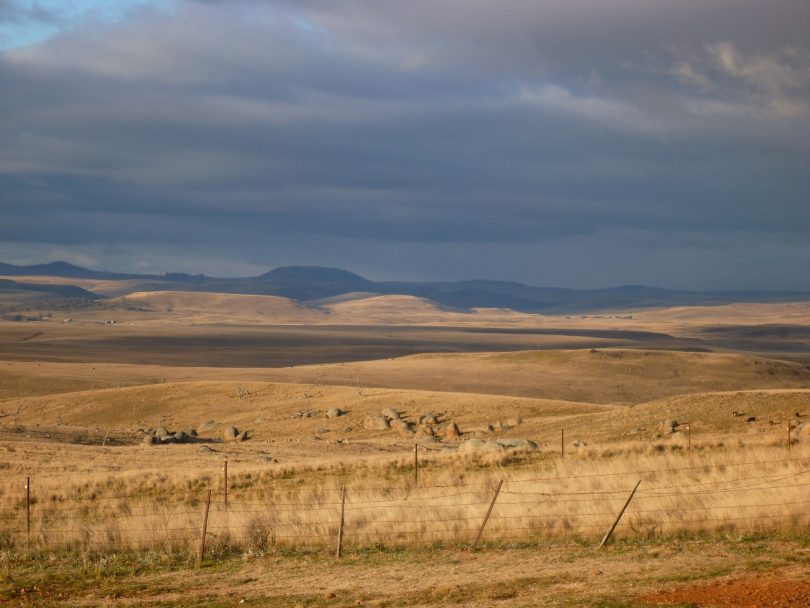 Scenes filmed on the Monaro plain with 400-500 sheep are “off the dial”, says Bain. Photo: Upper Snowy Landcare Network.

The screenplay won “every conceivable award”, says Bain in amazement.

“When Leah wrote the screenplay, I knew it was good stuff but it wasn’t until the last few dress rehearsals that I saw this amazing reaction from audiences and we understood it was going to take off,” he says.

So, what is it about this story that appeals to people?

“I’ve been trying to put my finger on it,” admits Bain, suggesting that a combination of cultural movement on the “great white silence and culture of forgetfulness” around Indigenous history and gender issues has meant the film is one that speaks to us all.

“I think what Leah did, what she does so well, is to take a personal story and combine it with a classic Australian story – a foundation story if you like. Don’t pigeonhole this as an Indigenous film; it really does appeal to everyone.”

Perhaps it’s the story’s appeal to our most intimate family connections and an innately human fear of being isolated in times of trouble, as Molly is, stuck in a remote hut with her children and a snake to contend with, while her husband is away droving.

“This film is about family and Molly’s love for her family and in keeping that family unit together, safe and cared for under challenging conditions,” Bain says.

The story asks the question – How far do you go to protect the ones you love?

“Leah was raised by a single mum and she would go to sleep listening to her read from a battered copy of The Drover’s Wife,” Bain says.

“Her mum was born on a mission and had the first-hand experience that came with that – separation of families. Leah would assure her ‘mum, I’ll never go a drovin’, as to say – I’ll never leave you.”

For Leah, the huge success of The Drover’s Wife – The Legend of Molly Johnson as a play has meant her career is building faster than ever.

“She feels very fortunate,” Bain comments. “She’s being stretched and pulled in different directions and it means flying all over the world but this is what she’s always wanted.”

The film has been shot in Adaminaby, the Snowy Mountains, the Monaro Plains and in Western Sydney.

Roadshow Films will distribute the film in Australia and New Zealand, likely in late 2020 or early 2021.

Dallas Stow - 58 minutes ago
I'm guessing that injuries have occurred to only a very small minority of users. Why close them off to all if some vetty few... View
ChrisinTurner - 5 hours ago
Children need to be taught tat living in Canberra is dangerous, in particular the 50 km/hr speed allowed in residential stree... View
chewy14 - 9 hours ago
Surely it's time for the government to take control of the risks our children are exposed to from leaving the house. We must... View
News 10

FoodCollective - 4 hours ago
Wonderful news, and great to hear there will be a re-opening of this Canberran food institution. Congratulations Ottoman Cuis... View
David M - 4 hours ago
The reopening was not part of the original story which has been amended since my original comment. I sincerely hope they do r... View
Colin Byrne - 7 hours ago
David M, you state that the business has been sold, but the article states that only the site has been sold and that the busi... View
News 49

ChrisinTurner - 5 hours ago
The government could try reducing the crippling rates they charge these small businesses. Enforcement of parking limits would... View
OLydia - 7 hours ago
I haven't lived in Canberra for several years, but my major memory of the local shops were the numerous vacant premises, with... View
News 7

@the_riotact @The_RiotACT
With demand for #mentalhealth support expected to spike as remaining lockdown restrictions are eased, the ACT Government has unveiled a new online resource for #youth and announced the opening of a Safe Haven Cafe in Belconnen https://t.co/VJVReLlmYo (54 minutes ago)