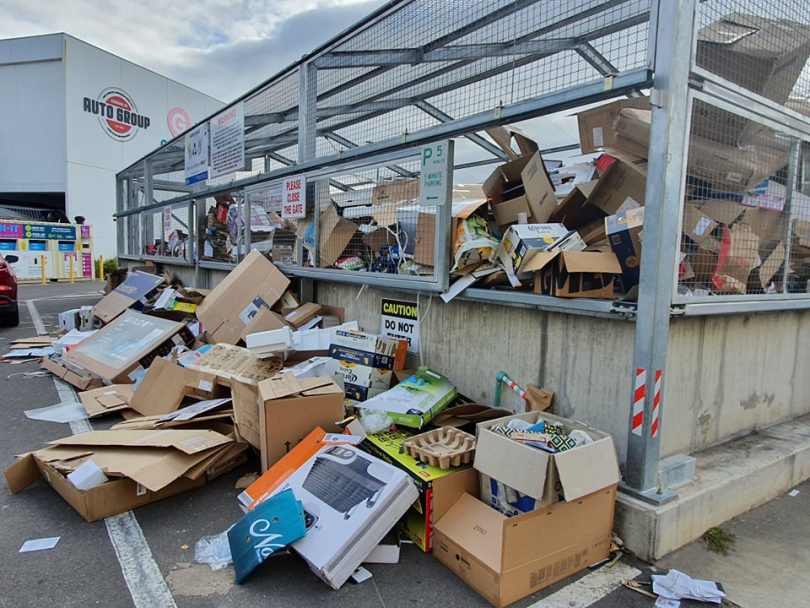 Locals have been left dismayed by illegally and unsafely dumped recycling waste at the Gungahlin Recycling Drop-off Centre.

At its worst over the Queen’s Birthday long weekend, discarded boxes were spilling from the overflowing cardboard collection cage.

Gungahlin local Stephen Gray drew attention to the issue when he and his son were dropping off some boxes on the public holiday Monday.

“[I was] not expecting it to be in this much mess with illegal dumping in the compound,” he told Region Media.

“The people there were all shaking their heads and couldn’t believe it either.”

He put photos on social media, where they drew a storm of negative responses.

“There were lots of comments and over 150 dislikes. People weren’t happy,” he said.

“You couldn’t open any of the gates as the boxes that hadn’t been flattened were leaning up against nearly every gate.” 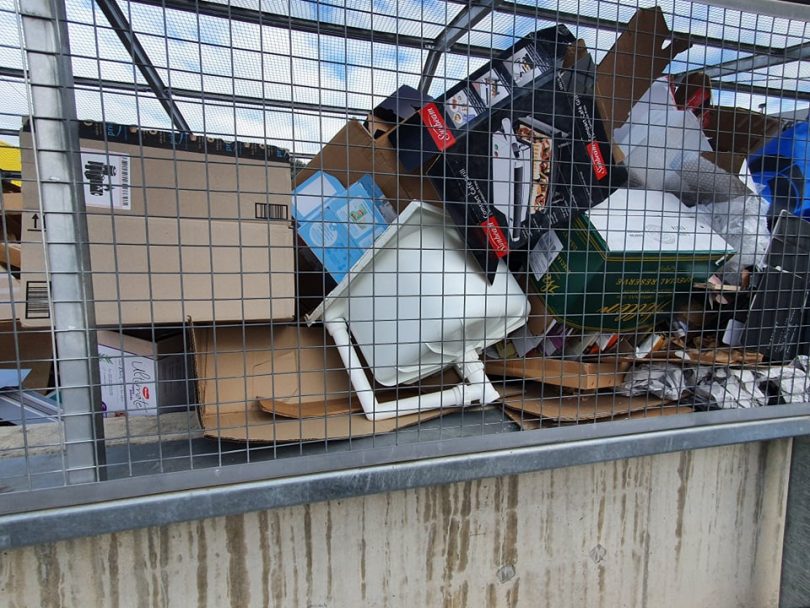 It’s not just an inconvenience when people illegally or improperly dump waste items.

The episode highlighted a more dangerous problem for recycling workers – the inappropriate dumping of materials inside recyclable boxes such as polystyrene packaging, rubber sandals, plastic toys and even a sink.

Contamination – non-recyclables entering the recyclable waste stream – may result in the entire batch of recyclables being discarded.

Worse still, it could become a danger to processing facility workers.

ACT No Waste education team leader Robbie Ladbrook says in 2019 an old bicycle inside a television box was put in with the cardboard and taken to a processing facility in NSW.

“A paper box gets shredded up and pulped up,” she said. “They got a nasty surprise when inside that there was an aluminium-frame bicycle.” 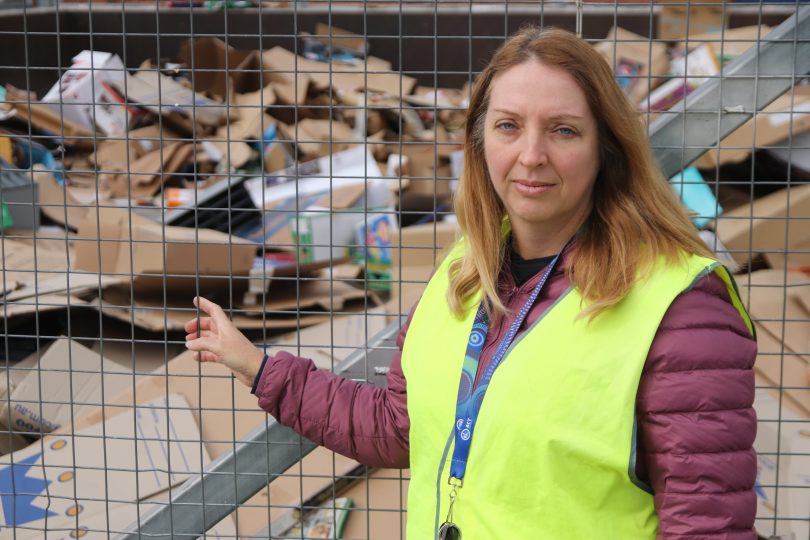 Luckily no one was injured by flying shrapnel, but the shredding machine was shut down for repair, a costly loss of production.

“A couple of hours shutdown is quite critical,” she said.

“They deserve to work in a safe workplace without any hazards.”

Ms Ladbrook says they receive regular complaints from the public.

“They really feel upset when other people’s contamination undermines their efforts,” she said.

“If you’ve gone to the effort to do the right thing, you don’t like to see other people doing the wrong thing.” 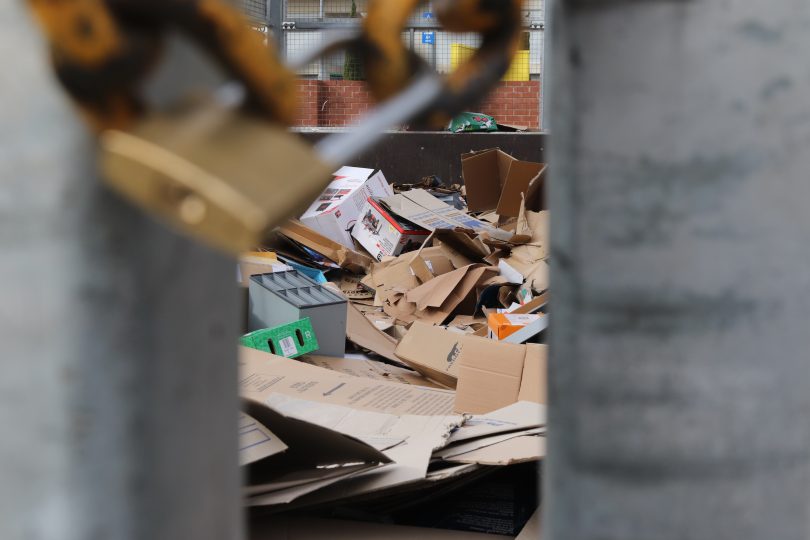 Though not staffed, the centre has CCTV security and fines apply for illegal dumping. Photo: Damien Larkins.

The free, 24-hour centres are designed for items that won’t fit in home recycling bins, like large boxes, or if you’ve simply got too much to dispose of.

Ms Ladbrook says it’s important to keep them safe for users and for staff.

“Don’t leave things outside the cages where they’re meant to be deposited, and put the right items in the cages.”

Though the sites aren’t staffed, they are monitored by CCTV 24/7 and regularly inspected.

“We do encourage the community to report illegal dumping when they see it anywhere in Canberra,” Ms Ladbrook says.

“As the education team, we want to make sure that people are aware of how to use the facility correctly and the consequences of incorrect use.

“For the safety of staff and visitors, the contamination of the product which puts the recycling of it in jeopardy, and the consequences of illegal activity, might need to be enforced through fines,” she warned.

Around 125 tonnes a day of recycled materials is collected in Canberra, around four B-double trailer loads.

The ACT Government’s Recyclopedia has a guide to what you can and can’t dump. If you do witness illegal dumping, you can report it to Access Canberra on 13 22 81.

Try working next door to this dumping ground!!

This is a disgrace but it reinforces the point that rubbish dumps / tips should be free to dump your trash, otherwise idiots who do not want to pay use these types of recycling centres to dump everything. In Canberra we pay a lot of money towards our rates, the money should be used to support FREE rubbish dumps.

This is an ongoing issue, since the charity bins were removed. The dumping isn’t new, it’s just a different location, and its like the picture, or worse, regularly.

I lived in a tower block. The bin area was clearly signed “DON’T PUT PLASTIC BAGS IN THE RECYCLING BIN” – People did anyway. Some people are just idiots

Michael i want to dump it at there door step. But I will be the bad guy then.