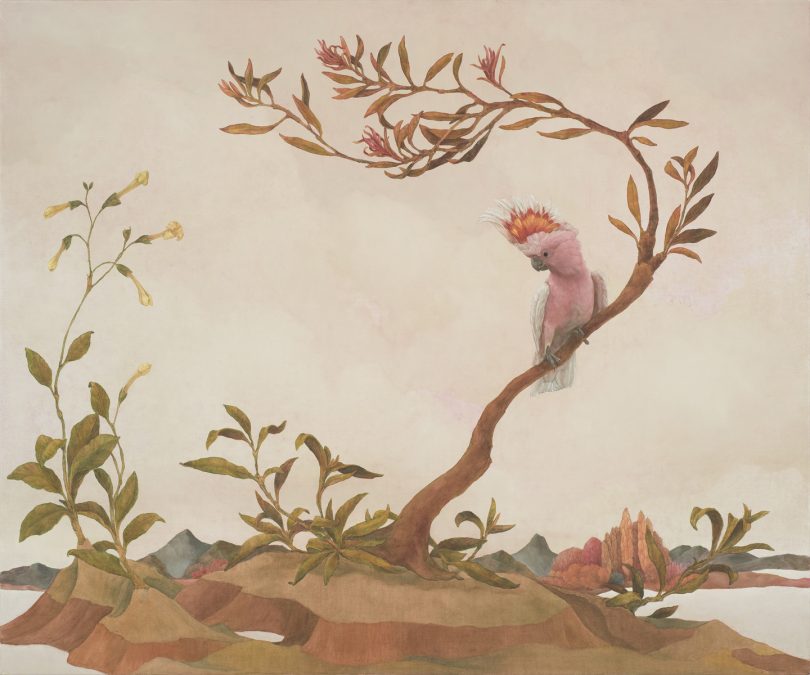 In 1800, Australia was as remote from Parisian halls of power as the moon. But despite Europe being wracked by revolution and war, Napoleon Bonaparte approved a voyage of exploration from France to Australia led by Nicholas Baudin.

Many of the 100,000 specimens of animals and plants that were taken back to France from the scientific voyage ended up at the Empress Josephine’s rural retreat, Malmaison, an assemblage of curiosities and marvels from the far ends of the earth.

And now Canberra artist Nicola Dickson has filled the walls of Beaver Gallery with finely detailed, beautiful paintings that bring the world of Napoleon and Josephine together with all the strange and wonderful things of the Great South Land.

“Napoleon knew that knowledge was power,” Dickson says of his motivation. “In Australia, Baudin collected birds, insects, plants and animals, living and dead. A lot of things didn’t make it back to France – some of the plants thrived, most of the animals died.

“But Malmaison became a place renowned throughout Europe, a place of scientific endeavour, of artistic excellence.” 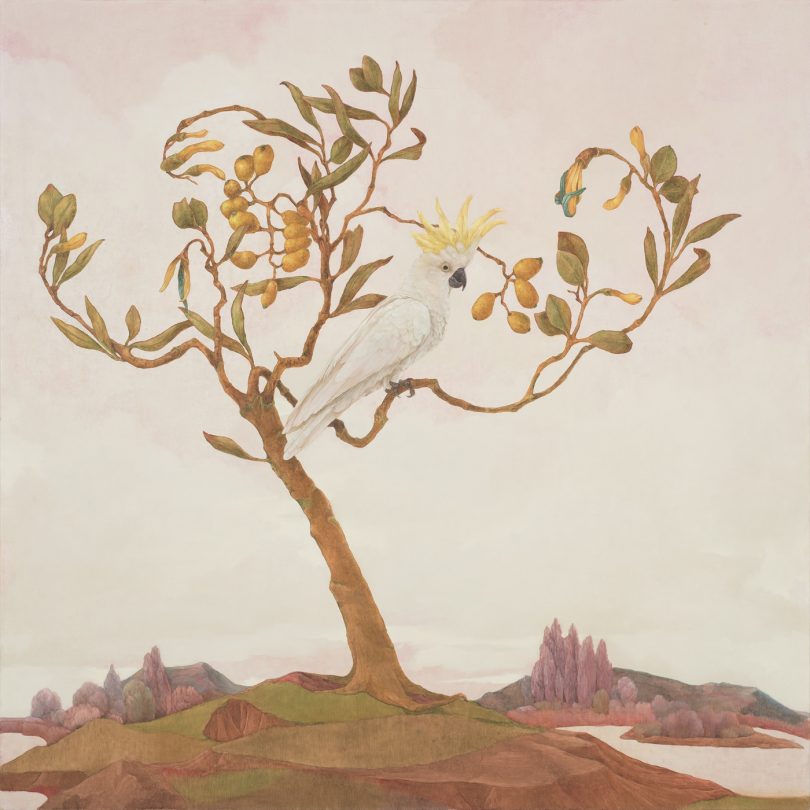 Dickson was able to visit Malmaison in 2017 while on a residency in Paris. She had the luxury of time to delve among the French archives, finding the records of birds and animals, plants and trees brought there more than 200 years ago, although the full collection has never been completely documented.

“Malmaison was so evocative. I could sense the stories of animals that were there, the plants that are still there,” she says.

“The chateau itself is still decorated with all of Napoleon and Josephine’s belongings. It’s completely restored as if time has stood still. Their clothing and shoes are in place; it’s so strongly reminiscent of the people who lived there”.

The bird paintings in the exhibition are all from the specimens at Malmaison, although the composition reflects the imaginary landscapes that twined around Sevres porcelain at the time.

Porcelain appears in the exhibition in several guises: Nicola has worked with it herself to make dainty soft shoes, but also used inspiration from busts of Napoleon and Josephine to produce a series of finely detailed pencil drawings.

“I found when I was in Paris that the paintings from the time were so accomplished and beautiful that everything was told. But the porcelain busts had whiteness and space for the imagination. They didn’t describe every single thing”, she says.

There is historical resonance too. Napoleon wanted Sevres to be a flagship of French culture and under his direction it became an important industry at the time.

Dickson’s work is always finely balanced between observation and imagination too: she has been a Sulman Prize finalist and was also highly commended in the prestigious national Waterhouse Natural Science Art Prize.

“The natural world gives an entry point into your imagination,” Nicola says. “You need a little bit of the story so your imagination can take flight down the hallways, in the footsteps of the people who were there.”

Voyager’s Tales: Baudin is open at Beaver Galleries until 9 August.

I have some beautiful art in my home made by Nicola, she is a very talented artist

@The_RiotACT @The_RiotACT
Access Recycling is reassessing its future in Fyshwick and may move to Goulburn in the wake of legislation blocking its proposal https://t.co/e59RVT1RYZ (21 minutes ago)