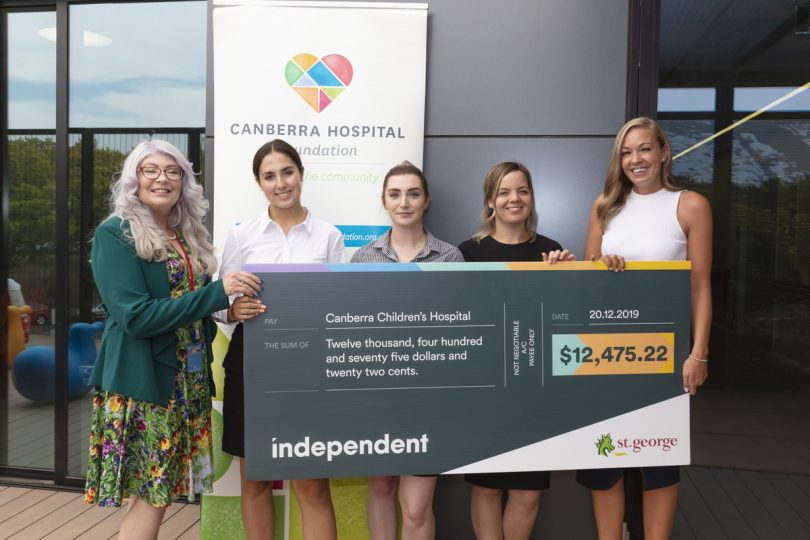 When one of Canberra’s largest property management teams puts its mind to helping a great cause, the results are truly inspirational.

Independent’s property management team, which has around 50 staff in the capital, raised more than $12,500 for the Canberra Hospital Foundation in one of their 2019 Christmas fundraisers.

The money will be directed towards the Centenary Hospital for Women and Children. Since opening in 2012, the hospital has helped thousands of babies start their lives, as well as providing world class gynaecology, maternity, neonatal, paediatric and adolescent care.

The fundraising idea is part and parcel of Independent’s generous community spirit and very much in line with the company’s values, says Grace Hooper, Head of Property Management Growth at Independent.

“We decided that Christmas is so much about children and so the Centenary Hospital was a logical choice for our fundraiser,” Hooper says. “It also made sense because many of our team members have kids and that added to the motivation levels.”

“We reached for the sky and set an ambitious target of $10,000,” Hooper says. “We’re thrilled we went well past that.” 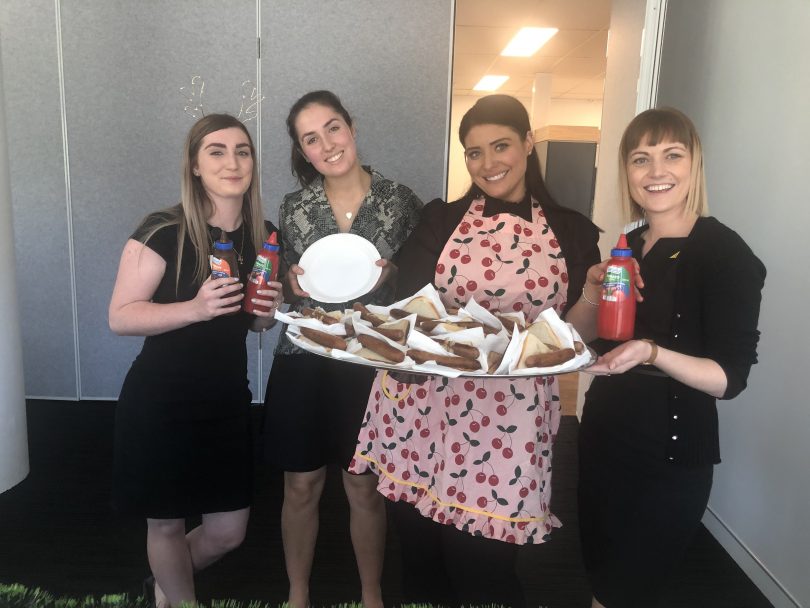 One way Independent raised funds for the Canberra Hospital Foundation was with a sausage sizzle and bake sale. Photo: Supplied.

“In addition to a large number of silent auction items, we held a sausage sizzle and a bake sale to supplement funds raised,” Hooper says. “I was personally blown away by how generous everyone was.”

Ann Ronning, Director of Community Engagement at the Canberra Hospital Foundation, says every dollar will go to good use.

“The funds raised through Independent’s Christmas appeal will help Paediatrics at the Canberra Hospital buy new play equipment and toys for children being treated in outpatient clinic waiting rooms and consult rooms throughout Canberra,” Ronning says. “From trikes and scooters to wooden blocks and art supplies, Independent’s generosity will help to create welcoming and engaging environments that support play, as well as assist assessments of development for the thousands of children seen by the Canberra Health Services network over the coming year.” 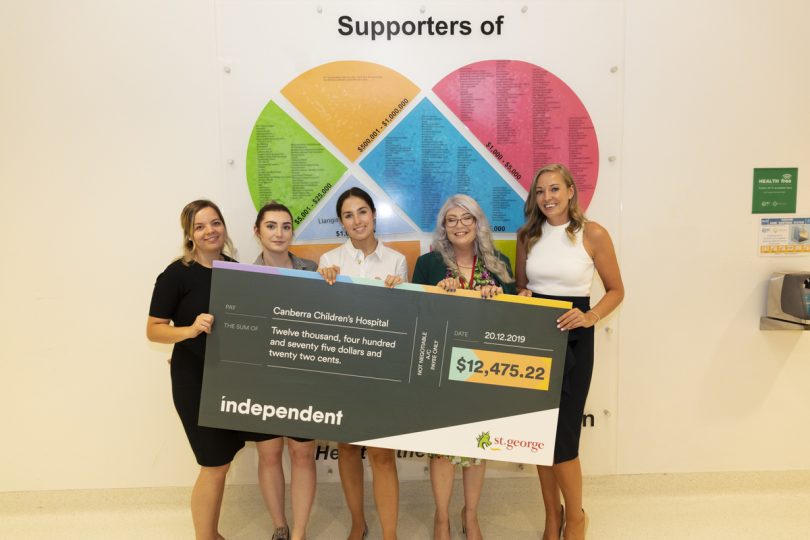 David Keir - 35 minutes ago
Don’t worry about the homeless men View
Lilly Walter - 1 hour ago
Wayne Williams, bloody oath they do. More manipulative and cunning women are. If I had the fund or patience to create a men o... View
Wayne Williams - 2 hours ago
Lilly Walter tell that to the recently fatherless young fella in Brisbane, women commit family violence also View
News 10

brianf - 60 minutes ago
The stats I've seen suggest about 90% of accidents between cars and 'vulnerable road users' (cyclists and pedestrians) are th... View
paservank - 2 hours ago
...or get rid of all the cars? (an equally stupid and self-centred idea) View
Community 24