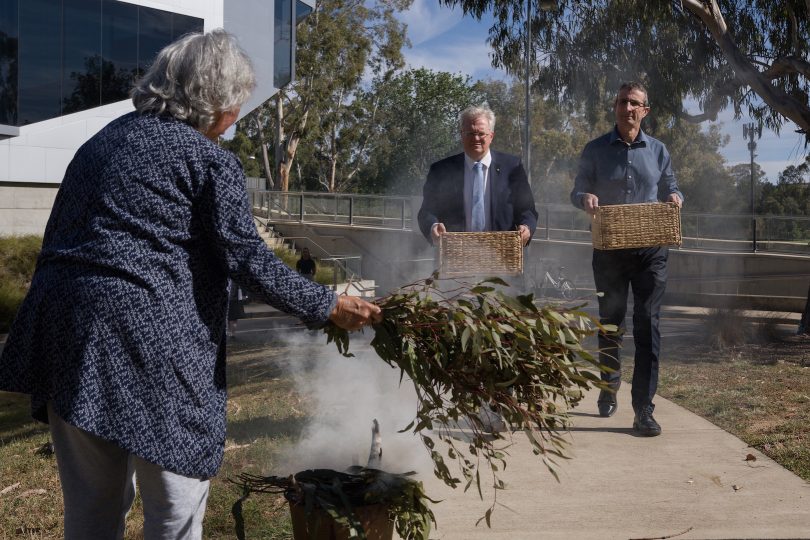 Sacred blood samples from the Galiwin’ku people of Elcho Island in Arnhem Land have started their long journey home after being housed at the ANU for more than 50 years.

The 200 blood samples were collected in the 1960s after a typhoid outbreak on Elcho Island, and form part of the collection at the National Centre for Indigenous Genomics at ANU.

During that time they have unlocked vital medical and health breakthroughs.

However, the University also recognised Canberra was not their home, and next week, the blood samples will be buried in a special ceremony on Elcho Island. 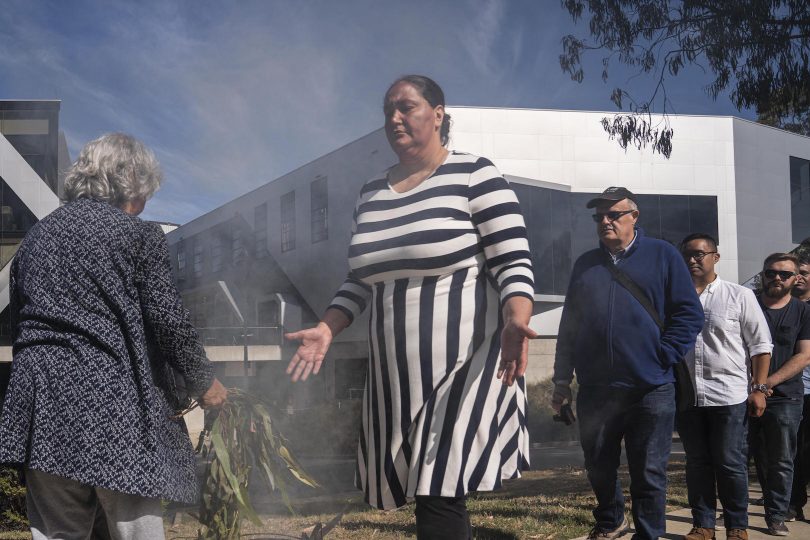 Ms Azure Hermes during a ceremony marking the return of blood samples to the community at the John Curtin School of Medical Research on Monday.

Azure Hermes is the Indigenous Engagement Coordinator for the ANU’s National Centre for Indigenous Genomics. She is also a Gimuy-walubarra yidi woman from Cairns in far north Queensland. Ms Hermes told Region Media it was a great honour to see the blood samples begin their journey home.

“I started working in Galiwin’ku two years ago with just a conversation about what to do with these samples.”

Ms Hermes said the locals wanted the samples of those who have passed away to be returned to the island. They also gave the ANU permission to sequence the DNA so that it can help unlock further medical and health breakthroughs.

Ms Hermes said these blood samples will be catalogued along with 7,000 blood samples from 35 Indigenous communities across Australia, most of which were collected between the 1960s and 1990s.

“We have a full list of the Galiwin’ku blood samples and we know exactly who those samples belong to. It was just a matter of going back to the families and finding out what to do next,” she said.

“They [the Galiwin’ku mob] weren’t aware the samples even existed until two years ago. They are a very cultural group of people, so they really had to think about what to do here and what would their ancestors want.

“There was a lot of soul searching before we came to these decisions, so today is a very special moment for them.”

Ms Hermes said talks were also had with the Ngunnawal people about the repatriation, as there were questions about whether they should be buried in Canberra. They said it would be culturally right for the blood samples of the deceased not to be buried in Canberra but rather back on Elcho Island.

Another 1000 or so blood samples from people still alive will be sequenced for future medical and health research.

“We don’t know a lot about the genetic data of Indigenous people,” Ms Hermes said.

“We are one of the most under-represented when it comes to genomic science, so we’re hoping that this data will produce a better understanding of why our people are so sick all the time, why certain medications aren’t working, and hopefully, we can start implementing some change along the way.” 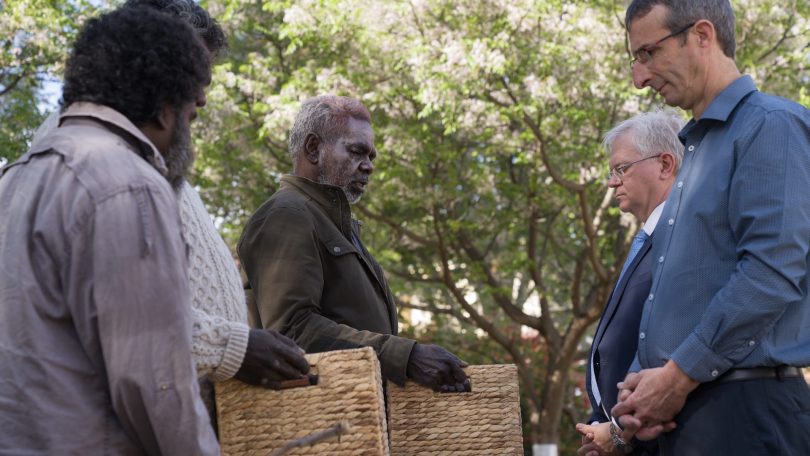 ANU Professor Brian Schmidt said the ceremony and repatriation are one small part of the University’s ongoing commitment to deep and meaningful reconciliation driven by the perspectives of Indigenous Australians.

“The conceptual boundaries have shifted here at the national university,” Professor Schmidt said.

“Models of conduct for human genomic research have been reshaped, and those will reverberate not just around ANU, not just Australia, but the world.

“It is our hope this will benefit the community of the Galinwin’ku and the University simultaneously.

“Together, the University and the community of Galinwin’ku have humanised scientific samples and the way scientific research is conducted using these samples and others like them.

Professor Schmidt also suggested the return of the blood samples was a form of reconciliation in action.

“Culture and tradition call for the return of the samples to Country,” he said. “This is versus the importance, indeed the urgency, to harness the potential of genomic research to help lift the heavy burden of disease that is part of life for many Indigenous Australians.

“Our shared ability to bring to the realisation a research model that respects Indigenous cultural practices and genomic discovery is a remarkable achievement and a gift from each of us to the other.”

Chris Prentice - 20 minutes ago
Matthew Soall But it is a business. View
James Vetos - 49 minutes ago
A committed centre of learning excellence... Nope, a one trick business struggling under a poor business model. Should be ash... View
Liam O'Toole - 3 hours ago
Emphasis on international students. ANU is discovering the results of putting all your eggs in one basket. View
News 22