Indigenous Canberran Jarrod Hampton proud to be in his own skin 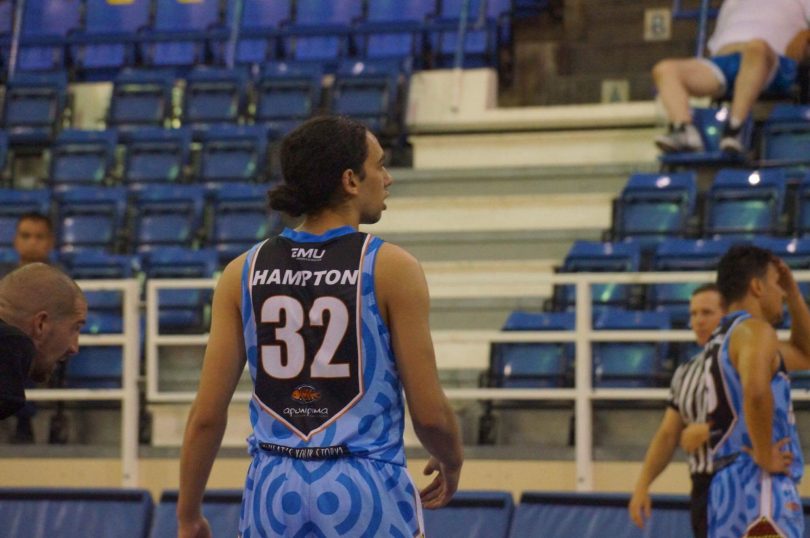 Jarrod Hampton said it means the “world” to him to represent his family and the Indigenous community. Photos: Supplied.

Growing up idolising the likes of Patty Mills, Tad Dufelmeier Snr and Danny Morseu, Canberra’s Jarrod Hampton is forging his own path within the local basketball community.

Hampton was introduced to basketball at an early age having spent a lot of time at the stadium watching his mum play for the Shadows basketball club.

Following in his mum’s footsteps, Hampton spent his junior years playing for the Shadows, a club founded by Yvonne and Benny Mills, parents of San Antonio Spurs superstar Patty Mills.

“The club helped me get started and brought me together with people that I am still friends with today,” Hampton said.

“I believe it was a great concept that gave Indigenous Australians around Canberra, including myself, a well-needed introduction to the sport as well as connecting to the community.”

Since then, Hampton has risen through the ranks of Basketball ACT’s junior and senior leagues, representing ACT at Nationals and even playing for Australia in the Australian Indigenous All-Stars team in 2015 and 2017.

“Playing for the Australian Indigenous All-Stars team was an incredible experience,” Hampton said.

“I met people that I will never forget as they made me feel comfortable from day one and each player, coach and staff member taught me so much, not only about basketball but off the court too.” 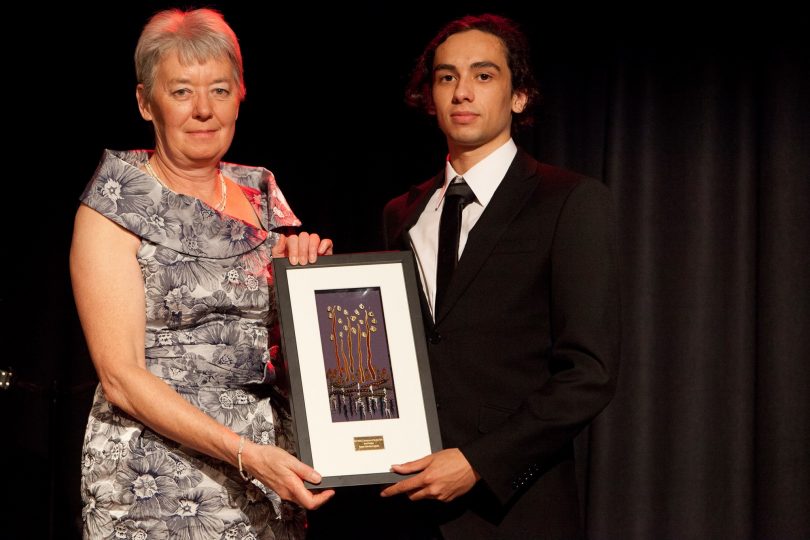 Jarrod Hampton received the ACT NAIDOC Sportsperson of the Year award in 2016.

Hampton admired how head coach Joel Khalu supported the Indigenous community, both on and off the court.

“Joel Khalu constantly promotes positive messages and advocates for inclusion of the Indigenous communities which I highly respect,” he said. “He made it easy to be a part of the team which I am forever thankful for.”

Basketball ACT is celebrating Indigenous Round this week as part of their NAIDOC activities, and Hampton said that he takes a great sense of pride in representing the Indigenous community.

“It means the world to me to represent my family and the Indigenous community every time I put on those colours, which I am extremely proud to wear,” Hampton said.

Keen to see more Indigenous people involved in basketball at all levels, Hampton says it is important to see more talented Indigenous Australians be recognised for their achievements.

“I think a sport like basketball can be an excellent source for contributing to better outcomes for everyone,” he added.

“There are many talented Indigenous Australians that never get recognised and I believe higher community involvement and inclusion are essential to elevating the sport in general.”

Basketball ACT finished off another successful Senior Premier League Indigenous round on Wednesday where Hampton captained Vikings to victory with a close win over the Rats.

Headed towards the end of the Prem 1 season, Vikings are sitting at the top of the ladder and will be eyeing off a spot in the grand final after missing out to Wests last season. In the women’s, Rats have dominated the season with last years champs, Dodgers, suffering from a heavy injury toll.

Riley Helmling - 1 hour ago
Peter Bee Using your excellent suggestion, Australia day would be moved to the 23rd March, 1804 when Matthew Flinders coined... View
Spiral - 4 hours ago
All cultures have good and bad aspects. Australia Day commemorates the event which ultimately led to the creation of our coun... View
Daniel Evans - 5 hours ago
It's about drinking beer, lamb on the Bbq and unwavering patriotism with national flags everywhere and hanging out doing all... View
Opinion 29

Member for Bega and NSW Transport Minister Andrew Constance has issued a plea to Canberrans to release vacant holiday homes to bushfire...
Opinion 28

Are we ready for Cannons ‘Mark Two’?