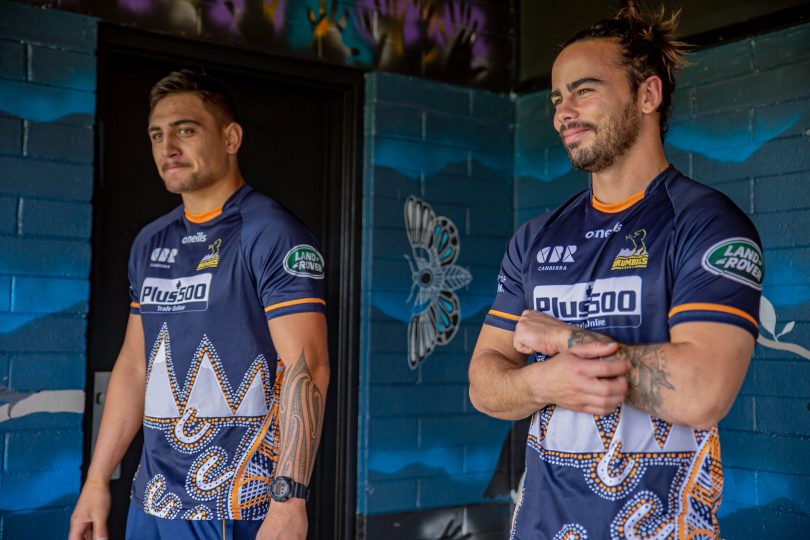 Jahrome Brown and Andy Muirhead at Mount Stromlo high school on Tuesday before the Brumbies Indigenous round. Photos: George Tsotsos.

It is an unusual sight to see Brumbies stars playing a round-ball game but on Tuesday afternoon (21 May), Andy Muirhead and Jahrome Brown were put through their paces in the little-known Indigenous sport of buroinjin.

The game, which originated in the Sunshine Coast and was practised by the Kabi Kabi people in southern Queensland, is played with a ball made of kangaroo skin and is loosely described as a mixture of touch footy, European handball and AFL.

The sport will be on display at GIO Stadium on Friday night (24 May) when four teams from different schools across the ACT take to the field during halftime of the Brumbies clash to showcase their skills.

The Brumbies will celebrate indigenous culture during their clash against the Bulls this weekend with a Welcome to Country and a smoking ceremony as part of Super Rugby’s Indigenous Round celebrations.

Muirhead, whose indigenous heritage comes from his mother’s side of the family in the small Queensland town of Chinchilla, admits he grew up in fortunate circumstances but has always leapt at the chance to know more about his culture. 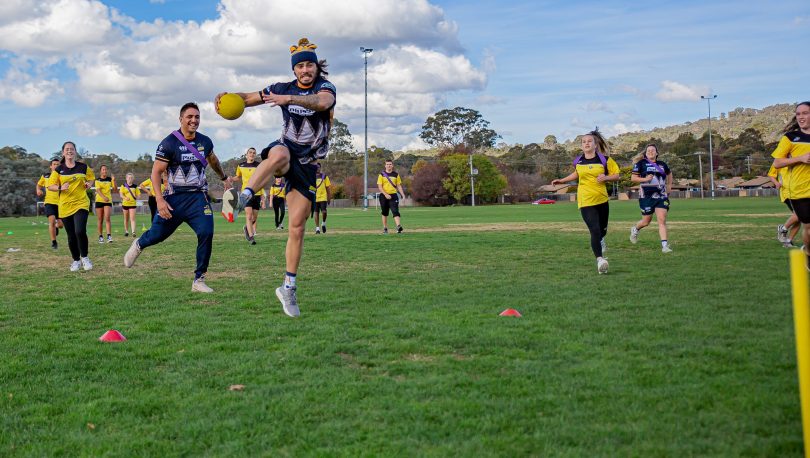 After all, if it wasn’t for a rugby development team named in honour of Wallabies Lloyd McDermott and dedicated to increasing Aboriginal and Torres Strait Islander participation in the sport, Muirhead might never have found himself in the position he is today.

“Growing up, all my rep footy was through Lloyd McDermott, which is an Aboriginal and Torress Strait Islander team,” Muirhead shared.

“I grew up in a pretty fortunate environment and before starting with Lloyd McDermott, I didn’t know too much about it. But now connecting with a lot of other Indigenous men and women, I have grown a lot and learnt more about my culture.

“I knew nothing about this game before today and there were some athletes out there,” he said with a smile. “It’s a good tough game and obviously they have been playing it for a while so they definitely gave us a run. 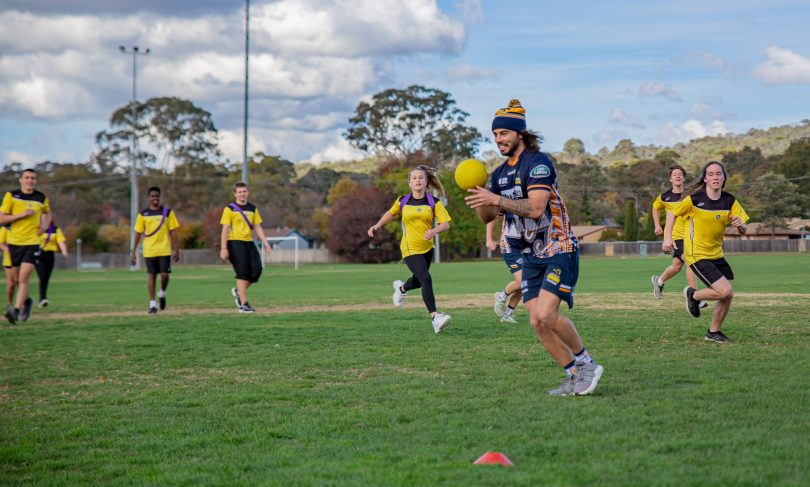 Muirhead took time out of his week to learn a new sport.

“Anything that gets our Indigenous community out and about and getting active is always great.”

The opportunity to pay tribute to his family heritage on Friday night will provide extra motivation for Muirhead, not that the club needs any more incentive to win.

The side is four games away from returning to Super Rugby finals after missing out last season but Muirhead said the side hasn’t spoken about finals and is entirely focused on conquering South Africa’s best.

“We have identified that these next four weeks are pretty important for us to make finals and be where we want to be,” he said. “Some of our game plans have been boring for our fans as we have heard but we know we can play all types of footy.

“We are confident that whatever team we come up against we will be able to put on a performance that suits the game plan.” 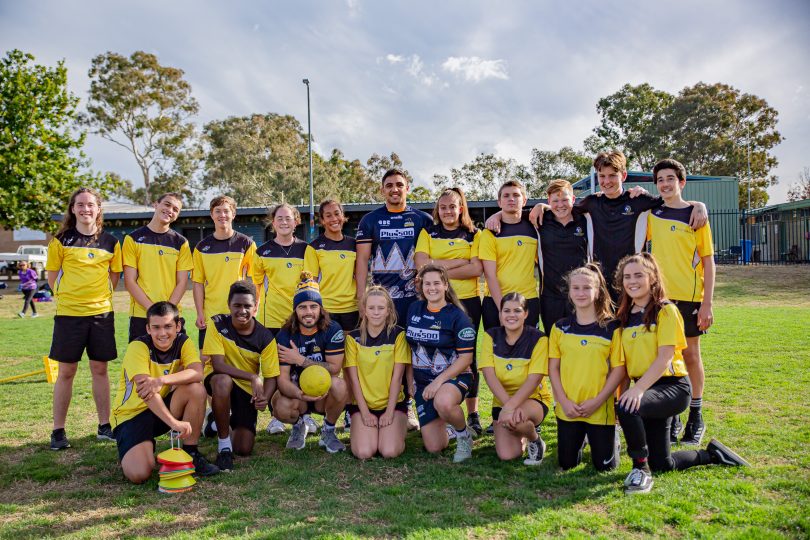 franky22 - 32 minutes ago
All pollies want electoral reform that will favour their particular demographic. View
Acton - 1 hour ago
If the Greens think that lowering the voting age to 16 will result in more Green votes, they may be very disappointed. There... View
Community 2

Renee Mae - 47 minutes ago
Yes there are root causes but especially here in ACT we can't ignore rental affordability (or lack thereof). So many women ar... View
Property 25

Acton - 59 minutes ago
Certainly low documentation loans raise the risk of default. As well, to add to the risk factors now are greater use of mortg... View
Capital Retro - 3 hours ago
It is timely to revisit what happened in the USA 11 years ago because with speculation that there will be government guarante... View
Acton - 3 hours ago
Low interest rates mean people borrow more. Large loans means people have more money to spend and higher buyer demand pushs u... View
News 4

@The_RiotACT @The_RiotACT
The derelict Commercial Hotel in #Yass is under new management, as the major shareholder of Public bar in #Manuka takes over https://t.co/ss9NhiJQLa (14 minutes ago)