Inside an evacuation: Batlow nursing home residents and their "holiday" in Cootamundra 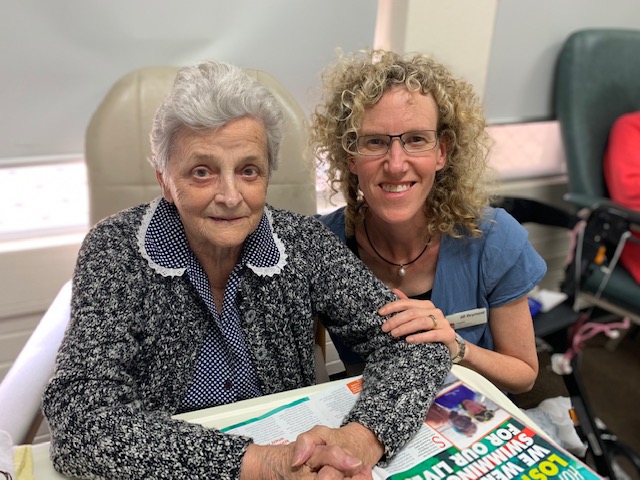 They might feel like they’ve been away on a holiday, but right now some of Batlow’s older residents are pretty happy to be home.

As fires swooped in on their small town in early January, 17 aged care residents from the 24 bed Batlow-Adelong Multi-Purpose Service (MPS) were swiftly evacuated as the town’s other 1300 residents were also ordered to leave.

Jocelyn Piper, Facility Manager at Cootamundra Hospital, had 13 of the Batlow residents under her care. They were in good spirits when they arrived, Ms Piper said, but after 19 days restlessness was starting to set in.

This particularly plagued those who still had family homes in the town.

“But through the generosity of the community we have been able to provide them with some distractions,” she said.

Harden Hospital and their generous donation of a bus meant the residents were soon sampling delicacies at Junee’s famous Licorice and Chocolate Factory, and the next day meandering through the countryside near Jugiong, Harden and Young.

“It was getting tedious for them but the people of Cootamundra were just amazing – providing donations of personal care products, magazines, books, fruit baskets, flowers and their time in sitting with the residents or helping to feed them,” Ms Piper said.

“There was even a local roster to ensure everyone’s washing was done,” she added. 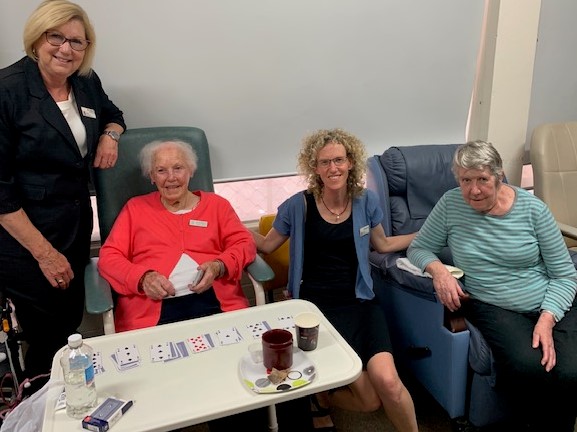 Staff from the Adelong-Batlow MPS travelled with the residents to their temporary homes at Cootamundra Hospital and Junee MPS to ensure consistency of care and familiarity while they were away from their home environment.

Ms Piper said it was a show of tremendous fortitude.

“The Batlow staff were amazing, they were in lockdown and tasked with the mammoth job of getting the patients out of Batlow – and then they continued to work with the patients to ensure continuity of care while not knowing if their homes were still there. They just soldiered on,” she said.

Residents got the green light to return home to Batlow on January 23 after final safety checks on the hospital were completed.

Batlow-Adelong MPS Acting Facility Manager Judith McGrath was quick to praise the MLHD for allowing staff to be located with their residents.

“It helped them adjust to the unfamiliar setting,” said Ms McGrath. “Some of our residents even enjoyed the relocation and said it felt like they had been on holidays!”

But she said they were delighted to be welcoming them back to Batlow.

“We have missed our lovely residents and are having a special welcome back party to celebrate their return,” Ms McGrath said.

Great effort to evacuate the elderly. Glad that they have returned to Batlow.

Such dedication by the wonderful staff

Chris Macdonald
Did you see this story?