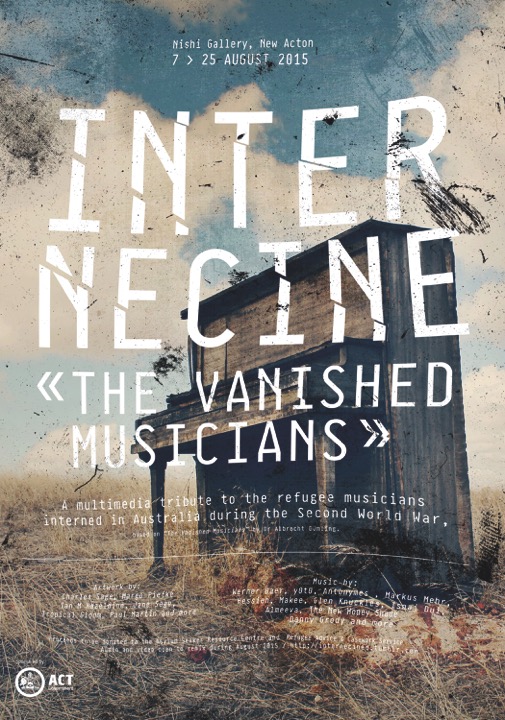 Internecine: The Vanished Musicians celebrates the silent contribution of the modern refugee through an investigation of hidden Australian Swing-era history.

WWII: Ninety-six musicians flee Germany to settle in Australia, many forced to leave their homeland for playing blacklisted jazz. After internment in the desert as enemy aliens, many are forced to abandon their art when immigration officials insist on practical labour skills as a condition of entry. Most downplay their talent to enter safe haven, then disappear into obscurity. Few ever work publicly as musicians again.

Internecine: The Vanished Musicians showcases an innovative collaboration between local visual artists and international sound designers: in superimposing an audio/visual narrative onto Swing-era history, the contributors celebrate the silent contribution of the modern refugee. Running parallel to the exhibition is an online collaborative remix project; the community is invited to rework open source audio and video from the project under Creative Commons copyright, for display on the project’s Tumblr.

Proceeds from sales will to be donated to project partners – the Asylum Seeker Resource Centre, United Nations High Commissioner For Refugees and Refugee Advice & Casework Service.

A digital landscape of socially conscious intertextual transmedia, Internecine is a vibrant display of experimental cross platform arts from the Canberra region. 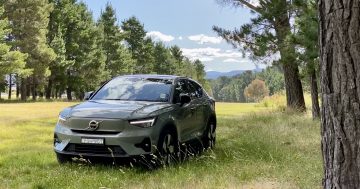