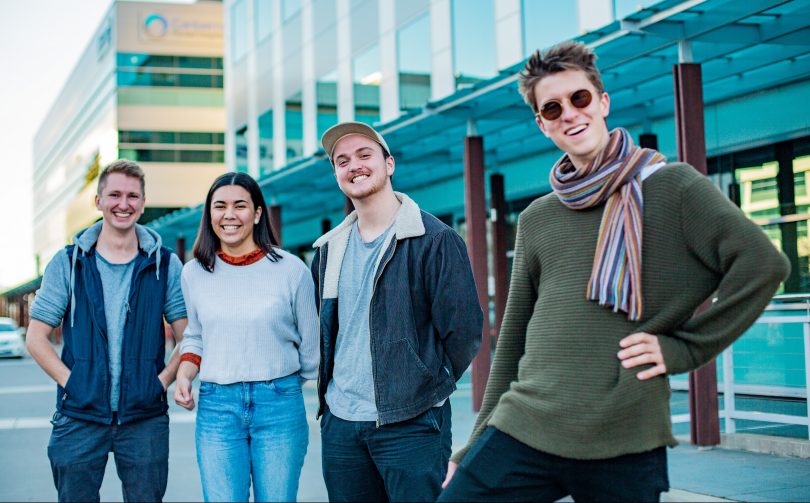 “You want to see a photo of my dog Archie?”

I am confronted by this question in the courtyard of a Deakin cafe as I sit down to chat with four members of a new Canberra band aptly named ARCHIE. Xandy, the rhythmic maestro of the band, poses this question, enthusiastically reaching for his phone.

As Xandy swipes through his photo album dedicated to the star of the show, his six-year-old dog, I am given exclusive access to videos of the regal hound bounding through the air, and pictures of him sleeping on a footy.

Sitting under the winter sun, Xandy, Geromy, Liv and Grant tell me about how four people bonded over a dog, as we are doing now, to form a band named in honour of the canine.

Xandy and Grant went to school together so they have been playing in the same band for years. It was when they first started to go to university that the duo decided to “make a serious band and have a serious crack”. So in came bassist Liv before Xandy turned to family friend Geromy for his guitar skills.

And suddenly, with four members pulled together from across the city, ARCHIE was born. 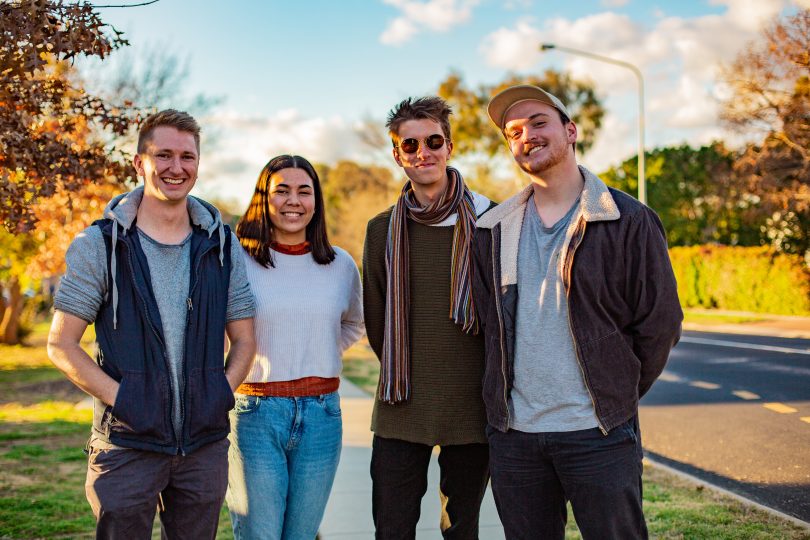 “The reason we chose ARCHIE as the name was because of my dog, which we all connect to, but because he is also someone that everybody else can easily connect to,” Xandy said. “I really should have brought him to coffee today so you could have met him.”

“Also, Archie is a bit of scallywag and we are a bit of a scallywag,” Geromy said, with the widest grin.

The four bring their own personalities and skills to the band: Geromy, a guitarist with a contagious laugh and warmth, who spent two years on a waiting list to buy a particular synth that caught his eye; Livo, the quiet bassist whose presence can be felt in every song and interaction; Xandy, the sweater-wearing drummer and the adhesive that glues the band together; and Grant, the man responsible for the leading vocals and who was desperate to find a band that took him and his music seriously.

“A lot of bands in Canberra don’t take it seriously, and that was me for years,” Grant said. “In this band, I really believe we can be something and I feel like I am being taken seriously, which is nice.

“We know we are good and we know we can make good music but we are always looking to improve. I have never been in a band with such work ethic before. With this band, we are always trying to make it better, which I think is something missing from the Canberra scene.

“We want to do this properly.” 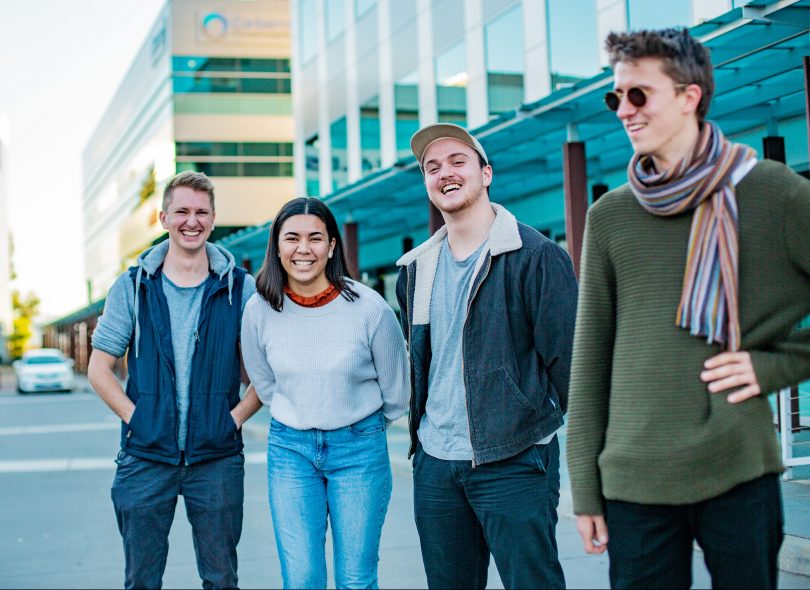 Keep 26 July free to see the official launch of ARCHIE.

Two weekends ago the band packed all their equipment, including Geromy’s synth, into the back of a Toyota Hiace and drove to the coast, where they turned Xandy’s grandparents’ beach house into a recording studio for the weekend.

“We were in a good headspace about things because we were relaxed and we weren’t stressing about uni,” Liv shared. “There was absolutely no pressure in this environment. It was extremely productive and gave us a good indication of what our sound is heading towards.”

“There was a moment where we looked at each other and said, yeah, we are starting to sound like a band.”

So when can we expect to hear more about the band and more anecdotes about Archie? Well, keep 26 July free on your calendar for their inaugural gig as part of ANU’s Solstice: ANUSA Bush Week 2019.

“We want people to hear and see us and say to themselves, ‘who is this new band that we have never heard of before that made me want to boogie?’

“We just want to make musical earworms that you can’t get out of your head,” Xandy said.