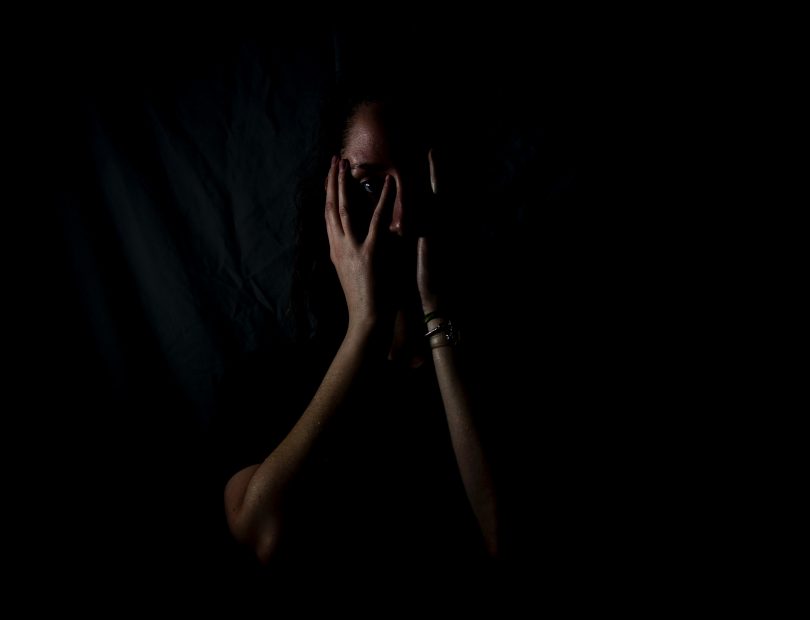 Escaping domestic violence is never easy, but living in a village where everyone knows each other has its unique challenges. Photo: Melanie Wasser.

WARNING: This story contains graphic details that some readers may find upsetting.

When Catherine (name withheld) moved to a secluded farm near Goulburn, she thought she’d be living the country dream.

Little did she know the farm’s isolation, away from close friends and family, would conceal escalating violence at the hands of her partner.

He had been the perfect guy when they met while Catherine was studying in Wollongong.

Only now can Catherine see there were red flags.

“I just thought, ‘He’ll be right – he’s stressed at work or had too much to drink’,” she says.

Red flags included being angered easily and showing signs of misogyny by being derogatory to women.

“But my family thought he was wonderful and encouraged me to settle down,” says Catherine. “It’s the one and only time I’ve gone against my gut.”

“He spat in my face and told me to get a paternity test,” she says.

“I should have left then but I’d given up my job, deferred university and my children were with us. I was trapped.”

Catherine had two children from a previous relationship.

Escaping domestic violence is never easy, but living in a village where everyone knows each other has its unique challenges.

The pair had decided to purchase the farm following the birth of their first child, which was followed by their second.

By now, Catherine’s partner controlled her finances, had stopped her from working, and made sure he did the groceries so she rarely needed to leave the farm.

This meant no-one could see the marks on her neck from where she’d been strangled or the emotional scars from being yelled at for hours about inconsequential things such as the temperature or time of his dinner.

She says the only time she stood up to him, he jumped on her back and smashed her head against a concrete floor.

“I started living on eggshells – my nerves were shot,” she says. “I lost my entire identity.”

Catherine decided she wouldn’t leave until her youngest was aged three and able to communicate in case she later visited her father without her mother by her side.

But she was well aware his behaviour was abusive and she was ready to share her horrific story when a village friend asked what was wrong.

However, Catherine’s decision to speak up set back her escape by two years because the next day the friend, whose husband was her partner’s friend, accused her of lying.

“I just lost all confidence at that point,” she says.

Catherine says her partner was a “social angel” to the outside world.

“Everyone saw a wonderful member of the community,” she says. “At the drop of a hat, he’d do anything for anyone. Our house was always open and he was always loving towards me in front of other people.”

Her second cry for help a few years later was also ignored.

Catherine had arrived at the local hospital with pneumonia, but refused the advice of the doctor to stay overnight, explaining she was scared to leave her children alone.

Instead of escalating Catherine’s concern, the doctor called her partner to pick her up.

It wasn’t until a car accident years later that another doctor pulled Catherine aside, concerned about her partner’s behaviour at the hospital.

“I picked the signs,” replied the doctor.

But it took Catherine’s son saying he didn’t want to go home to his dad after school one day to give her the courage to leave.

With $5 to her name, she packed the kids in the car and drove to her father’s house.

She got financial support through Centrelink and the keys to an apartment in a nearby town from a generous local real estate agent.

After eight years of working through the trauma, Catherine is now a survivor and is ready to put her story into words for a book she is writing.

Needs to be a lot more shelters in rural and metropolitan for DV. There are mothers and fathers with kids that have no were to go as shelters are full. All police stations should have have a couple of rooms for emergencies

The act they put on in front of others gets me.. it makes you think they're capable of change but the abuse doesn't stop when they've dropped the act.

Its so easy to be isolated in this way.

Stories like this should be widely shared .. the government should do more to support survivors of domestic violence... good on you for sharing this story..

Adam Best - 13 minutes ago
Josh Anderson We still have demerit points, champ....... View
Adam Best - 14 minutes ago
Steven Miller well yes, actually. If it's a financial penalty for a crime, then that financial pain should be equal for the e... View
Jess Thomas - 1 hour ago
David Deb Cossart that's the thing: people who can afford the fine can afford to speed. Changing this would mean that no-one... View
Food & Wine 1

Kali - 48 minutes ago
Poster boy for the 'it's all about ME' generation. View
Jennifer Albs - 2 hours ago
He is great player and pretty talented man, but his behaviour over shadow everything and not to mention mode swing, plus acti... View
Stewart Mcdonald - 2 hours ago
Lucy Humphreys I love the game but the sterile personalities bother me I think the game representing different social groups... View
Food & Wine 6

chewy14 - 1 hour ago
Ha, that should read uninformed, not uninformed. BJ, on that link you've provided, have you actually read the ICRC report on... View
chewy14 - 2 hours ago
No, To be honest, It's because I think you're uniformed on the scope and causes of the problem, the research that has been oc... View
bj_ACT - 3 hours ago
I’m not just criticising this project from 2014, I’m criticising two decades of broken promises, failed projects and the... View
Community 41

Woman brutally bludgeoned with torch by her ‘dearest friend’

‘This is your way to move forward’: man who bashed partner released from jail by circle sentencing court

‘Cowardly’ son drags elderly mother down hallway by her hair

@the_riotact @The_RiotACT
#Tumbarumba's saddled up for its social event of the year this Saturday 29 January. #Turfclub president John McIntyre says the Tumba Cup's set to be one of the best as #families get together after COVID lockdowns https://t.co/U3sL5ZTdwY (22 minutes ago)