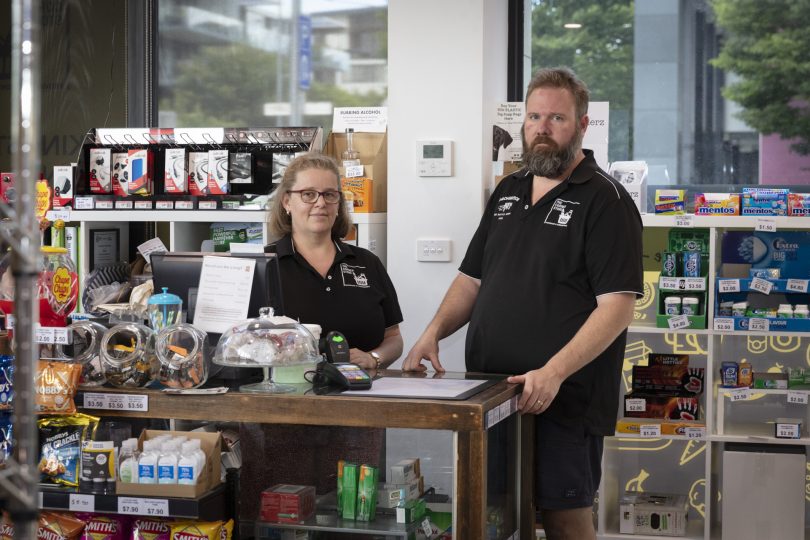 For the owners of the Kingston Corner Store, 2020 has been one bad break after another as they tell of the difficulty of closing the doors on their family-owned, independent supermarket on Christmas Eve.

Michelle and Paul Cains have operated the corner store that focused on local suppliers and the things people really need, but a series of unfortunate events this year forced their hand to close on the day before Christmas.

“We’re really just another casualty of 2020,” Michelle Cains tells Region Media after fielding a phone call from a supplier who just wanted to check in with them for Christmas.

“I had to tell them that we’re actually closing on Christmas Eve and those are the really difficult conversations you have to have with suppliers, who have also seen similar things happen to a range of retailers this year.”

With their young family, Paul and Michelle, and Daphne, their mascot duck, have been the face of the Kingston Corner Store for more than two years. They saw the demand for a store that provided people with local supplies while running the Prohibition Bottle Shop next door, which will remain open. 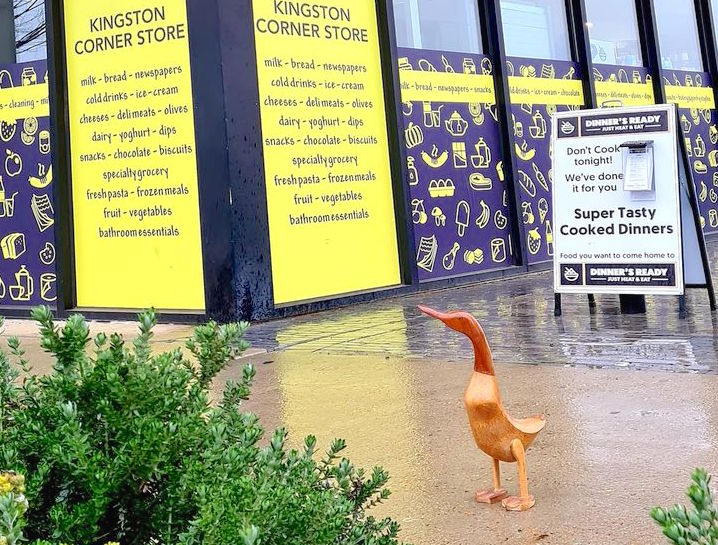 A good day for ducks, as the store’s mascot, Daphne, takes in a rainy day. Photo: Supplied.

“We have survived a break-in and a ram-raid, the horrendous smoke from the bushfire crisis, the hailstorm … Just when we thought things had calmed a little, along came COVID-19 to really stir things up,” Michelle says.

Then Michelle fractured her patella (knee cap) in mid-October. Being unable to work in the store while recovering from surgery also took its toll.

Paul and Michelle made the difficult decision earlier this week to close. Today – Christmas Eve – will be the last for the corner store.

“Things were already tough for us but a few things really accelerated our decision,” Michelle says. “We were trying to sell the business and that didn’t pan out, so we’ve got to make the right decision for us and our family.”

The Cains are now hoping someone can make good use of the prominent space on the Kingston foreshore.

“I hope the landlords can secure a tenant going into the new year as it’ll be a great place for the right business.

“It’s sad timing-wise for us, and we’ve already been getting feedback from people who really liked being able to get what they needed close by while also getting some specialty items from our local suppliers like Poachers Pantry and Pialligo and local honey, jams and candles,” Michelle says.

The business faced another challenge when the Supabarn at Kingston opened in October this year.

Michelle said they tried to make the business work and relied on staff to do extra shifts to cover for her while injured.

“I guess it’s the Aussie thing of giving it a go and it just became a bit too hard for us to keep going,” she said.

“We’re really grateful for our staff, our loyal suppliers and wonderful customers.

“We had two break-ins late last year and then everything else. We’ve had the challenges that everyone has faced, but we’ve had these little extras as well. It’s been one hell of a year.”

Sad to see it go. Had such a great range of good quality produce. 😥

Such a hard time for all small businesses, good on you for giving it a go and for hanging in there this long after such adversity. With resilience like that you are sure to do well in the future much respect and good luck for a prosperous future

Sending big big love to your little family x I’m sad to see your amazing little corner be forced into this situation.
Small business! People love to shout to the rafters that they buy local and support small business but unless they stay consistent in that support it simply amounts to hot air, and closed doors.

Best of luck for the future to Michelle and Pauly. I’ll guess we will still see you at Prohibition: The Bottle Shop . Such a great family.

So sorry to hear that

Fran Maher such a shame for Michelle and Paul!! 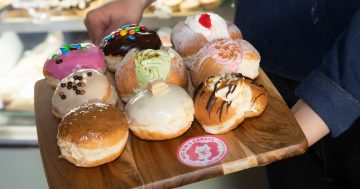 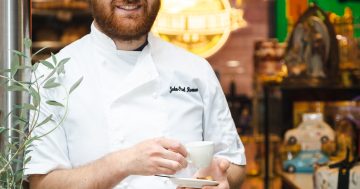