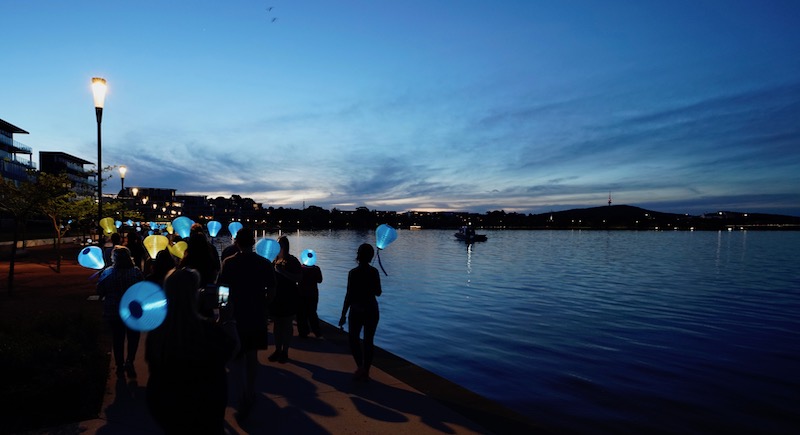 New research shows four in five Australians are not confident they can identify blood cancer symptoms, and one-third say even if they could, they aren’t confident they would consult their GP about them.

When you consider that every day 15 Australians die from the disease, that’s a huge concern and one that has experts worried.

Leukaemia Foundation CEO Chris Tanti said the consequences of not being able to recognise blood cancer could be deadly.

In the ACT alone, 78 Canberrans lose their life to the disease each year, meaning blood cancer claims more lives than melanoma and breast cancer combined.

Mr Tanti said the first step to driving down this high rate of mortality is awareness of the symptoms.

“If you don’t understand what you’re looking for, you can’t possibly have a chance of finding it,” he explained.

Often, symptoms of blood cancer can be varied and can appear similar to a cold or even COVID-19, meaning people often delay getting a blood test. Meanwhile, their blood cancer remains undetected and undiagnosed, severely impacting their life and survivability.

Today, more than 110,000 people are living with blood cancer or a related blood disorder in Australia, and projections suggest this is only going to get worse.

By 2035, it is expected 275,000 Australians will be living with either a blood cancer or a blood disorder.

Advocates say unlike many other cancers, there are no screening or detection programs in place so it’s crucial all Australians know how to detect symptoms.

A simple blood test is generally all that’s needed to diagnose blood cancer. If detected quickly, people have a much higher chance of survival.

Mr Tanti said blood cancer is also a disease that does not discriminate based on age, gender, race or location. Anyone can be diagnosed, from children to adults and the elderly.

Australia’s blood cancer community has set a bold vision to see zero lives lost to blood cancer by 2035, and the first Blood Cancer Taskforce will be meeting with federal parliamentary leaders in the near future to reinforce the need for urgent action across the country.

This year’s Blood Cancer Awareness Month kicked off with monuments lit up in red around Australia and around the world on the evening of Wednesday, 1 September.

Like many things, the inaugural monument lighting has largely been cancelled on the east coast of Australia due to the current COVID-19 lockdowns.

However, in other cities around Australia and around the world, buildings such as Townsville’s Queensland Country Bank Stadium, Adelaide Oval and The Bell Tower in Perth were lit up in red.

In New Zealand, the Sky Tower, in Auckland, turned red for the evening and several UK monuments also went scarlet.

Visit Leukaemia Foundation to learn more about the impact of blood cancer and how you can participate this September.

Help spread the word by sharing Leukaemia Foundation’s messages on blood cancer in your social media by using hashtags #ThisIsBloodCancer, #BloodCancerAwarenessMonth and #BloodCancer.

If you or someone you love is diagnosed with blood cancer or a blood disorder, reach out to the Leukaemia Foundation on 1800 620 420.