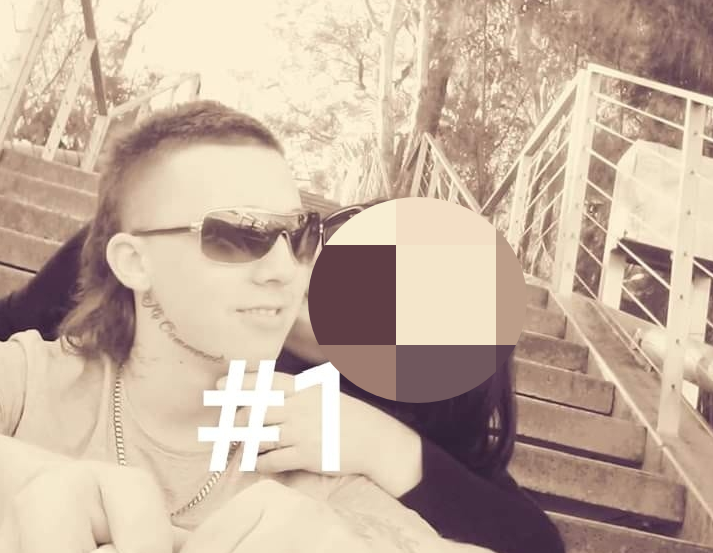 Jordan Wayne Beroukas has been sentenced for arson by the ACT Supreme Court. Photo: Facebook.

An arsonist who set fire to a prison cell during the disastrous Black Summer bushfires has been handed a suspended sentence and is allowed to leave jail.

Previously the 24-year-old Jordan Wayne Beroukas, who has “no comment” tattooed along his jawline, told the ACT Supreme Court he had “grown up a lot” since lighting the blaze.

Footage tendered to the court shows life in an Alexander Maconochie Centre cell block on 29 December 2019.

Inmates stand around talking and others walk past the cells shirtless. But at about 5:00 pm, Beroukas went into Cell Seven and, with the help of another inmate, placed a sheet across the cell’s doorway before he lit the sheet on fire then took a seat on a chair outside the door.

The flames spread to other parts of the cell before other inmates rushed to put it out with buckets of water.

Associate Justice Verity McWilliam, who released her judgement on the case on 5 August, said the fire caused $2300-worth of damage.

She said there was the potential risk of injury to other people and the possibility of the fire spreading, but no-one was hurt and it did not seem to be a crime that had the intent to cause harm.

“Indeed, it is unclear why the fire was lit,” she said.

She said Beroukas told the authors of a court report his actions were “quite irresponsible and poor” and he acknowledged there was “some peer pressure”, although this did not excuse his behaviour

“In his oral evidence before me, the offender again acknowledged the irresponsibility of his actions, which he attributed to an immature desire to impress people who would have been better ignored,” she said.

Justice McWilliam said Beroukas had a limited employment history in the building industry and as a removalist.

“Part of the reason for the lack of significant employment or training is the fact that the offender has a significant criminal history, which has resulted in him spending much of his adult life in prison,” she said.

“He says that he has done every course that he can do while at the AMC in order to give himself the best chance of success when he regains his liberty.”

She said of “critical importance” to Beroukas was the fact his partner had recently given birth to his first child.

“The offender has yet to meet his child and he is intending to do whatever it takes to be an involved parent and positive role model for that child,” she said.

She accepted he was remorseful for the fire and had also taken part in a restorative justice conference with two Corrective Services officers involved in the incident.

“I was impressed with the offender’s statements of a change to his attitudes and intended course of life and it is important to recognise the willingness of the offender to rehabilitate himself, and to give him every opportunity to do so,” Justice McWilliam said.

She also said it turned out the cell he had set on fire was part of broader renovations, which had “overtaken” the cost of repair.

Beroukas had pleaded guilty to a charge of arson.

He was sentenced to 10 months’ jail, fully suspended for a 12-month good behaviour order which will begin in February 2022 due to requirements stemming from a separate sentence.

But, as he was granted parole for a separate offence in June 2021, he is able to be released from custody.

So he got off without any real penalty.

Are our magistrates actually in a competition to see who can make the worst judgements?

I think you’re being a bit harsh – I doubt that we’ll ever hear about him again….