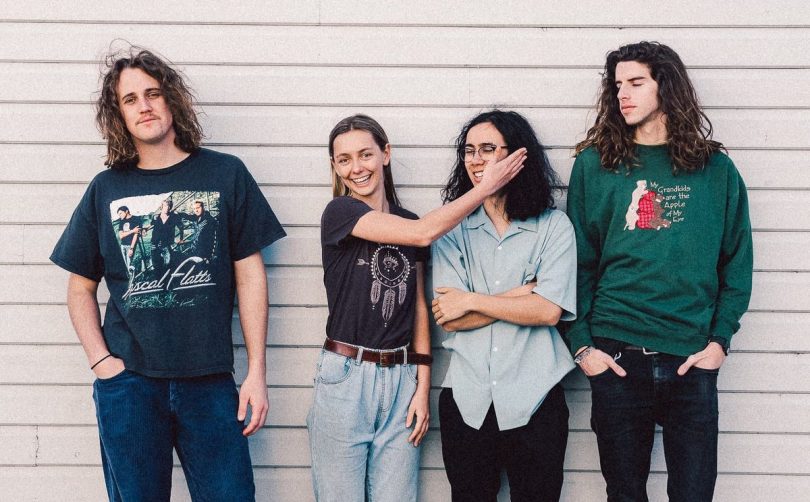 Perth band Spacey Jane have a couple of trips to the capital coming up. Photo: Charlie Hardy.

When I ask Kieran, the drummer and manager of Spacey Jane, how his day is going he says over the phone, “I’m at some cafe in Freo. Just ate a croissant. That’s my whole story for today. So very little”. And we laugh. I think this interview is going to be a good one.

Spacey Jane have become a familiar name around the country in the last year or so. They’re in the middle of a near-sold out headline tour for their most recent single, ‘Head Cold’, and I ask Kieran how it feels to release new music.

“The prospect of new music is something we’re still getting used to. Especially for Caleb, they’re his songs. All the lyrics belong to him, they’re very personal. It’s quite nerve-racking but really, really exciting, too. It’s catharsis in a way.”

While Caleb, lead singer and guitarist, brings the lyrics and personal stories to the band’s songwriting, all four members contribute in their own ways.

“Instrumentally speaking, we all write our own parts 99 per cent of the time. We all add our own individuality into the mix but at the end of the day it comes from him.

“Sometimes lately we’ve been taking song concepts to the studio without them being fully done and our producer Dave Parkin will kind of help us polish it and finish it.”

Kieran reflects how this has changed their approach to their upcoming album.

“There’s definitely been four more songs than we thought we would have because, in the spur of the moment, there’ll be something that Caleb has played and Parkin’s like ‘Oh what’s that? Let’s take an hour and walk down this path’. And we’ll come out with new music because of that.”

Kieran says this is something they’ve grown into as a band. With producers earlier on who were mostly engineers, he reflects how having a third opinion has developed their songwriting. “I think we’re really fluid when we write, in the sense that we’re happy to make changes last minute or explore other options rather than laying everything to track the way we rehearsed it.

“That’s something we’ve definitely grown into. We probably would’ve never thought that way until about a year ago when started trying to produce more, and leaning on people to do that.”

Spacey Jane have gone from playing local shows in Fremantle to headlining tours around the country, and soon around the UK, in about one year. It seems this is a surprise to the band as much as it is to anyone.

“For me personally, I never expected things to go this far. I don’t think any of us had the end result in mind when we started playing together. None of us were like, ‘We’re going to be a famous rock band and we’re gonna tour the world.’”

Kieran reflects on how they made their hobby into a potential career. “I think a lot of accidentally great decisions, some really great team members and, at the end of the day, it feels like the band’s success is purely based on how many people relate to the music we produce. And that’s the best feeling ever.

“We’ve got a fantastic team around us and we would be nowhere near where we are now without our booking agent and our publicist. These people are legitimising it and making it all work like a well-oiled machine, almost.

“It’s been a wild ride. We’re just really grateful, to be honest.” 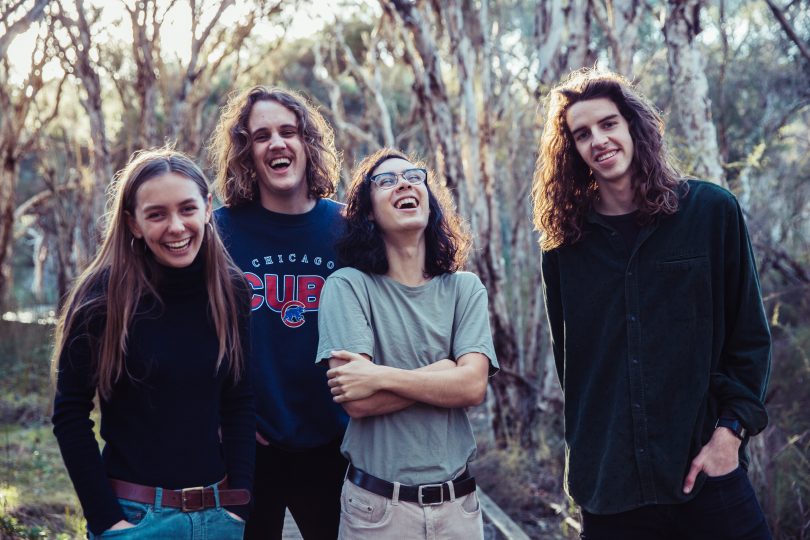 Perth’s Spacey Jane are making a name for themselves with sold-out shows around the country. Photo: Annie Harvey.

Finally, being a fellow ‘Jayne’, I had to ask about the origin of the name.

“It’s a controversial question,” Kieran laughs. “We all have different thoughts on where it came from. My very shaky opinion is, we were all there together at a local show in the city with our friend Jane. We didn’t know what to call the band so we were throwing around these random adjective-noun combinations. Then ‘spacey’ was one of the best random words and Jane was just the next step because she was right there.

“Honestly, this is after quite a few beers, so I feel like we’re all wrong.” Maybe we’ll never know for sure where ‘Spacey Jane’ came from but, if anything, I wish they’d spelled ‘Jayne’ right.

Catch Spacey Jane, along with The Buoys, at Kambri on Thursday 5 March. Tickets on sale now via Moshtix.