Following last month’s free festival prelude, the 22nd Japanese Film Festival makes its first of six stops this week in Canberra before moving onto Brisbane, Perth and Adelaide throughout October and November; Sydney and Melbourne enjoy their own expanded programs.

The nation’s capital picks up eleven of the sixteen-strong selection of films slated for Canberra/Brisbane/Perth/Adelaide, and the endlessly entertaining and eternally interesting output of Japanese cinema this year offers up a whimsical array of viewing options including: fantasy, romance, youth, comedy, foodie, anime, period drama and crime & suspense.

Presented by the Japan Foundation and screening exclusively at Dendy Canberra this week from Wednesday 17 Oct – Sunday 21 Oct, all festival features are 2017/2018 releases with the exception of the special 4K restoration of much-loved ‘Ramen Western’ cult classic Tampopo (1985) screening across all cities. It’s a timely inclusion given the local proliferation of Japan-eateries across the Canberra CBD: Chaki-Chaki, Lazy-Su, Raku, Ramentic, Supa Bowl and Baby-Su, just to name a few. 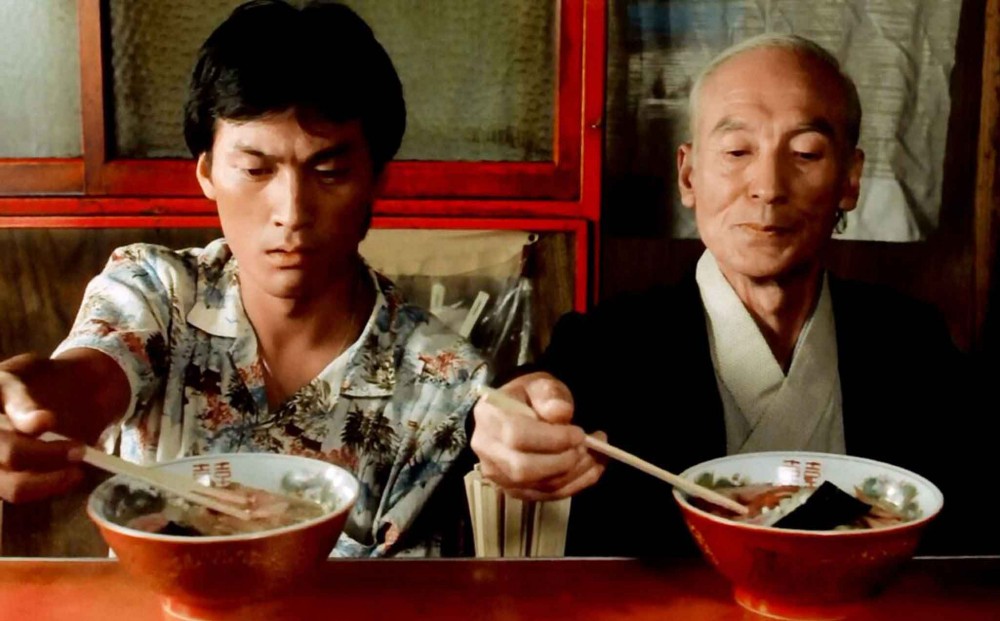 Opening Night kicks off with family fantasy/mystery Destiny: The Tale of Kamakura (2017). Set in the tranquil seaside town of Kamakura, newly-wed publishing assistant Akiko begins to experience a magical life full of wonder and mythical creatures after settling into her mystery-writer husband Masakazu’s hometown. Adapted for the screen from the original manga of the same name. Screening Wednesday, 6:15 pm.

Thursday night serves up much darker mystery fare in the form of The Crimes That Bind (2018) based on the acclaimed mystery novel from writer Keigo Higashino. After coming to Tokyo to visit Hiromi, Michiko winds up dead. Detective Kyoichiro Kaga endeavours to solve the case no matter how tenuous the links in this complex whodunit murder procedural. Screening Thursday, 6:30 pm.

Chase the romantic fare with a typically brutal yakuza thriller in The Blood of Wolves (2018). Hiroshima, 1988, two police detectives delicately navigate the volatile world of the yakuza which could at any point explode into an all-out turf war. Based on the novel by Yûko Yukuzi. Screening 9 pm.

Feast on four films throughout Saturday: the third and final instalment in the ‘karuta’ card game coming-of-age drama Chihayafuru Musubi (12 pm); an antiques dealer and a ceramicist band together for the ultimate hustle in We Make Antiques (2:30 pm); and magical love story set in the era of 60s film-making in Color Me True (6 pm). All 2018 releases. End the night with the 1985 ‘noodle Western’ cult comedy throwback, foodie feature and cultural love letter that is Tampopo (8 pm).

The festival finishes up Sunday with anticipated anime inclusion in the form of ‘karuta’ themed Detective Conan: Crimson Love Letter (2018) at 12 pm. This is the 21st and latest addition to the massively popular franchise.

Following at 2:15 pm is period drama Yakiniku Dragon (2018) which portrays the migrant experience and hardships of Korean family proprietors of a ‘yakiniku’ or barbecue restaurant in post-war Japan. Adapted from writer/director Wishing (Wui-Sin) Chong’s own award-winning original stage play.

Closing Night film Mixed Doubles (2017) ties the festival up in the same family-friendly fashion it began. Having been recently duped by her co-worker boyfriend, jilted lover and former table tennis prodigy Tamiko rediscovers her love of the game, realising it might be her best chance at recovery. The opportunity to get back at her ex in the sporting arena might just be the perfect antidote to her sadness and all the therapy she needs. All is fair in love and ping pong. Screening 6 pm.

All films are in Japanese with English subtitles. Check the Dendy website for classifications.

To learn more about the festival, visit the Official Website.

Pick up the Official Programme from Dendy Canberra or Iori Japanese Restaurant. Purchase tickets at the box office or online. Save money with five-film passes which can be shared with friends or mix & match for yourself.

Enjoy the festival – take it (Japan)easy.