A long weekend of cinema 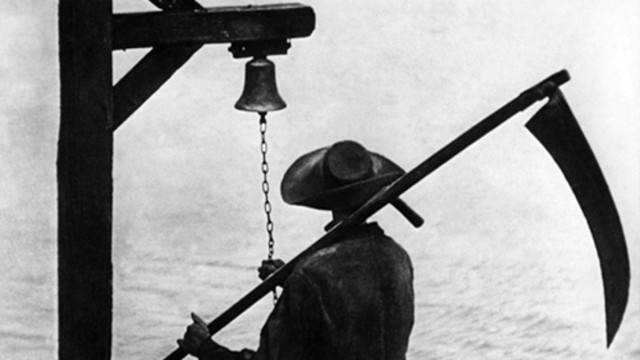 If you intend to hang around and your program isn’t already brimming with activities, there are some interesting films on offer across the city this Canberra long weekend.

Over at the National Film and Sound Archive, Melbourne-based DJ and composer Chiara Kickdrum will be joining forces with the Goethe Institut Australia to deliver the second instalment of the KinoKonzert series. Taking her cues from pioneering silent film Vampyr (1932), this immersive experience marries chilling visuals with a gripping original score performed live on stage. Directed by Carl Theodor Dreyer, this nigh on 90-year-old German-French horror co-production receives a new lease on life thanks to what is proving to be a truly exciting and innovative space in the audiovisual landscape. On that note, check out one of my favourite examples. Very cool.

Screening Friday, 7 pm. Tickets are $25 at the door or online.

Over at Palace Electric Cinemas, the Lebanese Film Festival is also dropping by for a quick stop with two films over two days. A Certain Nasser (2017) is a documentary tribute to legendary Lebanese film-maker Georges Nasser. Despite only three directorial credits to his name due to the outbreak of the protracted Lebanese Civil War which effectively ended his career, Nasser forever remained a loyal champion of his homeland and a staunchly idealistic father figure to Lebanon’s cinema industry, endlessly striving to evolve it in whichever way he could. Screening Friday, 9 pm. Tickets available through Eventbrite.

The second and final inclusion in the Lebanese layover is the polarising and politically-charged social fable Capharnaüm (2018). In short, this is the story of a child who decides to sue their parents. “Why are you suing your parents? For giving me life.” With such a tagline, this is clearly a challenging but undoubtedly fascinating film experience which has divided critics. Winner of several Audience Awards at the Melbourne, Norway and Sarajevo Film Festivals respectively, it has been considered a heavy-handed overreach by some, a thought-provoking and emotionally compelling tale by others. Director Nadine Labaki also picked up the Jury Prize at this year’s Cannes Film Festival. Make up your own mind. Screening Saturday, 7 pm. Tickets available through Eventbrite.

Manji (1964) – a complex melodrama about a lesbian love-affair between a housewife and a model set in affluent Japanese society. Adapted from the novel Quicksand by Junichiro Tanizaki. Screening Saturday, 2 pm.

Kagero-Za (1981) – a sensual celluloid trip as a 1920s playwright meets a beautiful woman who may just be the ghost of his patron’s deceased wife. Directed by the late legendary luminary Seijun Suzuki. Screening Saturday, 4 pm.

A Geisha (1953) – the story of a young woman, Eiko, taken in by an older geisha mentor, Miyoharu. As Eiko seeks to forge a new life for herself as an apprentice geisha, or ‘maiko’, cruel realities of the profession soon set in. Screening Sunday, 12 pm.

The Affair (1967) – Unhappily married, Oriko begins pursuing pleasure with others and, in doing so, comes to better understand her mother’s previous position. Much to the misplaced scorn of a younger Oriko, her widowed mother had sought comfort with younger men. Now, Oriko’s extramarital exploration will entail both dilemma and awakening. Screening Sunday, 2 pm.

All screenings are FREE but bookings are essential. More information on the festival and bookings HERE.

If on Monday you still need some more movies, head over to Dendy where you can pick up $5 Standard Tickets and $10 Premium Tickets for one day only. Sessions are already selling out so be quick if you want to cap off your long weekend and ring in the new month with Dendy.

JC - 7 minutes ago
They did tell people. They had electronic signage weeks either side of the change and they have 3 months grace. As I said to... View
JC - 10 minutes ago
It was more than a month ago the limit changed. When they made the change they gave 3 month grace of not fining anyone. View
JC - 11 minutes ago
Obviously you don’t drive along that road regularly. When they changed it besides the clearly visible 40km/h speed signs wh... View
Community 96

Alex Swalling - 47 minutes ago
Yup and there is a gov house that has been empty for over 3 months. 3 bedroom in Charnwood. Total waste! A needy family could... View
Community 101

Peter Simpson - 1 hour ago
Signage on the building now way should they get away with that the surface condition diabolical for a person with disability... View
News 4

Ailsa Turrell - 3 hours ago
I agree - we have higher rates of vaccination here despite it being so difficult to get initially and I have not met anyone w... View
Ed N Joanne Towner - 4 hours ago
Juz Hawke Agreed. We are also fortunate to have a bit of distance from Sydney to make Covid control a bit easier. View
Juz Hawke - 4 hours ago
Definitely agree that Canberrans are mostly very compliant with the Covid rules, and very grateful we are largely unscathed.... View
News 11

Peter Richmond - 5 hours ago
If you ban vaping, ban smoke machines, they use the same ingredients to create the vapor, so next time your kiddies have a da... View
Food & Wine 62

A Canberra homeless man has been left traumatised and unable to sleep after his dog was impounded by Domestic Animal...
Community 96

A disabled parking spot outside Mawson Domino's pizza is the latest spark in an ongoing debate about roads and parking...
Community 96

@The_RiotACT @The_RiotACT
ANU has announced a new scholarship program in a bid to attract potential students put off by the cost of living away from home or moving to a new city @ANUmedia https://t.co/W7DFA7qWo2 (1 hour ago)

@The_RiotACT @The_RiotACT
Have you hit a #pothole? You have plenty of friends as the wet weather wreaks havoc on the capital's roads https://t.co/SdXv0PSAil (2 hours ago)