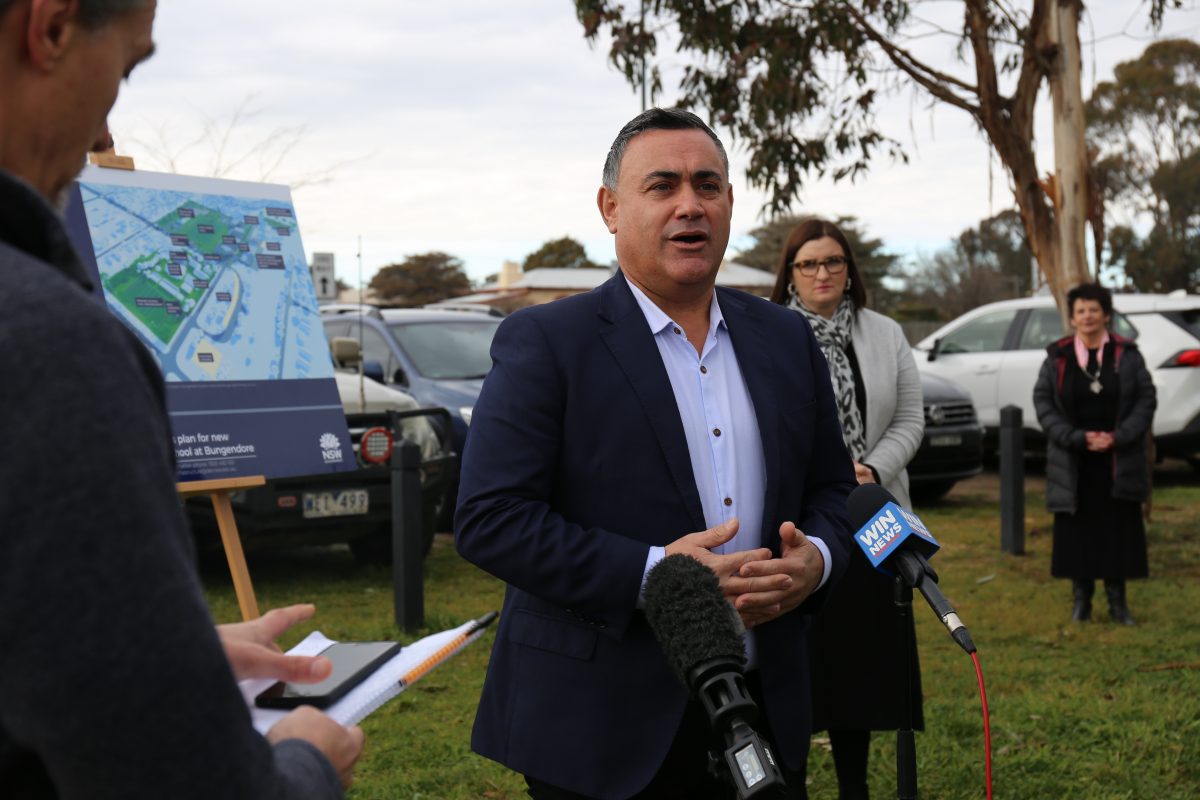 Questions have been raised about the appointment of former NSW deputy premier John Barilaro as a Senior Trade and Investment Commissioner to the Americas. Photo: Supplied.

Former NSW deputy premier John Barilaro could have his New York City dreams dashed with his appointment as a Senior Trade and Investment Commissioner to the Americas stalled by the state’s upper house.

In the Legislative Council on Wednesday (22 June), Opposition Leader Penny Sharpe moved a motion for Mr Barliaro’s appointment to be temporarily deferred until an inquiry was completed.

Ms Sharpe called the appointment “one of the murkiest” she had seen in 12 years of the current state government.

“If John Barilaro is genuinely the best person for this job, then let’s actually show the process that he went through and how he was endorsed,” she said.

The same call was then moved by Labor MP Prue Car in the Legislative Assembly.

Ms Car claimed the woman originally given the job had her offer rescinded and she received a tax-payer-funded settlement, and that the STIC Tokyo and London positions were put through Cabinet before they were finally approved.

“Did the appointment of John Barilaro … go to Cabinet? It did not go to Cabinet – I wonder why that is,” she said.

“This appointment stinks to high heaven and the people of NSW know it.

“The government will wear this decision like an albatross around its neck, dumping an eminently qualified woman for John Barilaro. It is jobs for the boys.”

In reply, Investment and Trade Minister Stuart Ayres pointed out that the CEO of Investment NSW made the final decision and that it was independent of government.

“Investment NSW advises me, very clearly, that no formal offer was made, or contract issued, to any candidate as part of the round one process,” he said.

Mr Ayres amended Ms Car’s motion to note the recruitment process for the STIC Americans position was “independent and at arm’s length of executive government”, and was conducted in accordance with the Government Sector Employment Act and Regulations.

The amended motion was agreed to and moved by the majority.

The Guardian has reported the job was first offered to senior public servant Jenny West.

“Guardian Australia understands Jenny West was informed in August she had got the job by the then premier Gladys Berejiklian,” the article said.

In a press conference with journalists on 22 June, Mr Perrottet said he was “unaware” that Ms West had been offered the position.

“I’ve asked for advice … but I am unaware of that,” he said.

“The advice I’ve received is that she was not offered the job.”

Mr Perrottet said he was advised there were two searches to fill the position because the first process “did not reach an outcome” where the panel was satisfied there was an “appropriate candidate” for the role.

He pointed to Mr Barilaro’s credentials as former NSW trade minister and deputy premier and stressed an independent panel had recommended Mr Barilaro for the position.

“The entire purpose of setting up trade commissioners around the world was because NSW was coming last when it came to our presence overseas,” Mr Perrottet said.

“The former deputy premier was instrumental in the establishment of a global NSW and the trade network we’ve established in our state.

“I think he should be commended for that.”

Region put further questions to the Premier but was re-directed to the Investment NSW department.

An Investment NSW spokesperson said the STIC roles were not statutory roles but public service roles.

“[The roles were] established under the Government Sector Employment Act and regulations, and they are employed by Investment NSW,” they said.

“At the conclusion of the initial recruitment process conducted by Investment NSW in late 2021, there were no suitable candidates for the role of Senior Trade and Investment Commissioner Americas.

“With no suitable candidates, there was no appointment made at that time.”

The Investment NSW spokesperson said Mr Barilaro was shortlisted for interview in round two by NGS Global and was among a “select group of candidates” who were then interviewed by a panel.

“At the completion of the recruitment process including interviews, due diligence, reference and background checks, Mr Barilaro was ranked highest and recommended for the role,” they said.

Mr Barilaro was appointed the Senior Trade and Investment Commissioner (STIC) to the Americas on 17 June.

During the announcement, Investment and Trade Minister Stuart Ayres said this followed a “highly competitive and rigorous global talent search”.

“John Barilaro’s specialised experience, first as a NSW business owner and then as Trade and Industry Minister overseeing the NSW Trade Statement and the blueprint for expanding international trade and investment opportunities, make him well qualified for this posting,” he said.

“I’m looking forward to supporting NSW companies to export and expand to the United States, including the many fintech, cyber security, space, health and food and beverage companies we are already helping to succeed in the US through the Going Global Export Program,” he said.

The publicly funded position reportedly has a salary of $500,000 per year.

Anyone who has been a politician or senior public servant should be barred for 5 years from working on the public payroll or in areas they might have had influence in.

And Kate Lundy is promoted at the CIT.
Kust remember that

I simply refuse to believe that the NSW govt could not find anyone better than this guy. They just didn’t look.

Next state election clean them out

But it seems to have a similarly robust selection process…

It seems everything this bloke does has a certain stench about it.

Frank Russo I agree, jobs for the bois

Unbelievable. Except it is 😞