Jono Lineen goes ‘Into the Heart of the Himalayas’

Hear Jono Lineen speak about his book ‘Into the Heart of the Himalayas’ on 5 June at Paperchain Manuka.

When Jono Lineen’s brother died in tragic circumstances, he gave up a comfortable life, moved to the Himalayas and over eight years immersed himself in the cultures of the world’s highest mountains. The experience culminates in his book Into the Heart of the Himalayas, a fascinating memoir that traces his solo trekking odyssey from Pakistan to Nepal across thousands of kilometres of mountain terrain. No-one has ever before attempted to walk the length of the Western Himalayas alone, but Jono’s intentions were more psychological than physical. It was about integrating the Himalayan culture he had grown to love, assimilating the wisdom of the place and coming to terms with his loss. Jono’s openness with everyone he meets on the trail — from Pakistani military officers to Tibetan lamas and naked Hindu Saddhus — lies at the heart of one of the most complete portraits of the Himalayas ever written. Jono Lineen — a lone, disarming man — crosses borders, religions, castes, languages and philosophical boundaries to find the way to embrace his future.

Jono Lineen is a writer, curator and public speaker whose passion for landscape and humankind’s connection to it inspires his writing. He worked for years as a project manager for Médecins Sans Frontières in war and disaster zones around the world. Currently he is a curator at the National Museum of Australia.

“His voice is as measured as the footsteps he takes; it is informed and intelligent and yet his ideas are as simple as the tea and lentils he ate while hiking. He makes it easy to accept the profoundness of ‘every good thought is a prayer’.” – Sydney Morning Herald 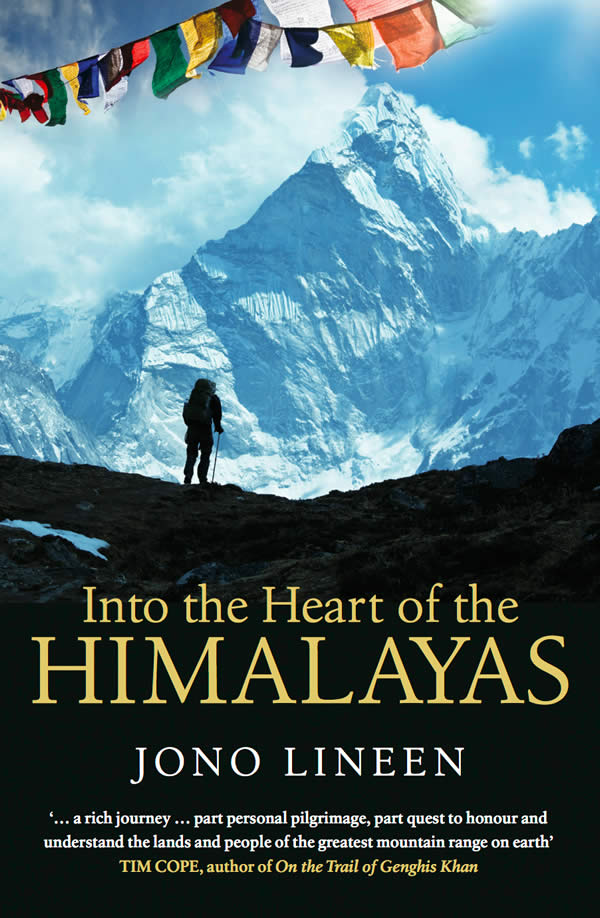 Tags Into the Heart of the Himalayas Jono Lineen paperchain manuka

Annie Martin - 20 minutes ago
Kylie Maso that's very kind of you. They have signed a lease for 12 months & are moving in Monday. Thank you for caring darl. View
Kylie Maso - 25 minutes ago
Annie Martin I wish I could let them stay in my on-site van at Lakesea for free. If they call Lakesea and ask I’d be happy... View
Shona Barber - 46 minutes ago
The thing that upsets me also is the fact that if you've lost your home and decide to get a caravan to live on their block, u... View
Opinion 9

Frank Trapani - 2 hours ago
Malcolmo Oz....Thank you so much for your comments...This is exactly, what I am talking about it..We, just need to put more p... View
Malcolmo Oz - 3 hours ago
I for one don't have a problem with helping our Braidwood "neighbours" but you raise some valid points. Over a 100 years ago... View
Frank Trapani - 5 hours ago
No doubt that Braidwood says "Thank you" But, Why Braidwood and, many more other places in all States and Territories; have t... View
Property 3

@The_RiotACT @The_RiotACT
Canberra singer-songwriter Fred Smith made his name with songs from war zones but his new album, Domestic, shifts focus to the home front. Smith will launch the album at @Kambri_ANU on St Valentine's Day https://t.co/8v3d9f5x9A (19 minutes ago)