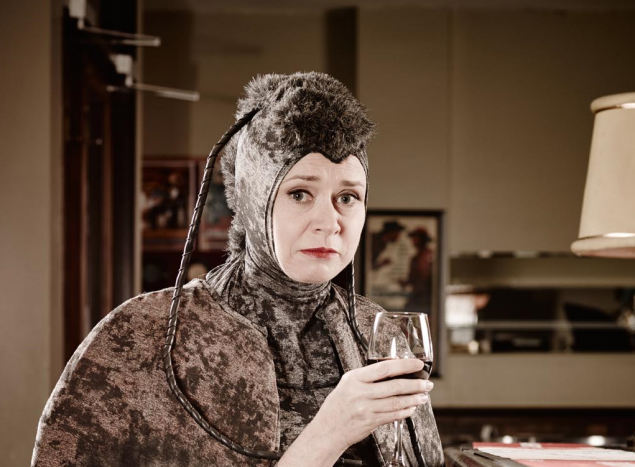 Judith is back on stage with her first new solo show since 2012 and the good news is that her last year really sucked.

A truly awful year for Judith always leads to a great show for her fans and 2014 was magnificently terrible. Think death and early menopause and you’ll be in the ballpark. Always hilarious, honest and occasionally shocking, Judith doesn’t write a show unless she has something to say and she’s more than ready for this one.

It is virtually impossible to imagine the Australian comedy scene without Judith Lucy and luckily next year, you won’t have to. After three years off the stage she’s back and premiering her brand new show in Canberra.

Tickets on sale from Wednesday 10th December. All tickets $47.

oh yay, the woman that single handedly ruined the late show back in the day still thinks she is funny

Rob Long - 38 minutes ago
The Nelson legacy, the liberal wrecking of the AWM. He systematically wrecked the joint. View
Timothy Bailey - 6 hours ago
The AWM and "ANZAC" are very powerful icons. Difficult to argue with or question. The whole 'Beersheba - last great cavalry c... View
BlowMeDown - 12 hours ago
I think you've just summarised the Labor/Greens strategy re promoting light rail by derailing, as they did, the bus system in... View
Community 30

retep - 56 minutes ago
Applause. Thanks for your efforts. We too try to alleviate our energy use in similar ways. Also agree with your observations... View
HiddenDragon - 3 hours ago
Canberrans (particularly those without the income of a professor or an MLA) who are still absorbing the recent news about a b... View
jwinston - 3 hours ago
Jeez Chewy - I never picked you as a Tim Flannery fan boy? View
News 3

Paul Leins - 1 hour ago
Chinmoy Misra so you're saying *you* can't maintain a reasonable speed in built up areas without some kind of ridiculous urba... View
Jeff Shapiro - 2 hours ago
Ken Owers you need an idrive adapter or buy a Mercedes View
Chinmoy Misra - 2 hours ago
Paul Leins Congratulations. You missed the point entirely.... View
Business 63

chewy14 - 3 hours ago
Astro, I've literally explained what type of campaign i'm describing. A political one designed to make the opposition to the... View
Diana Napier - 4 hours ago
It's not a museum. That's the point what they are building is a ballroom for men who never had one.... View
News 66