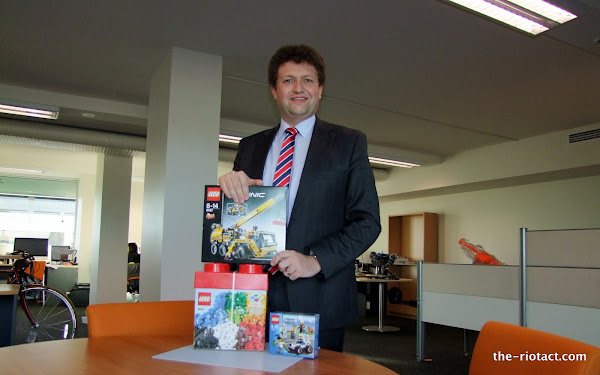 The Lego Challenge is rolling along nicely. Today Labor’s Karl Maftoum has graced The Eagle’s Nest and deposited Lego for our Candidate Challenge.

For those coming in late there’s two things going on here:
1) We need donations of Lego (or Lego contributed for return on a by-the-kilogram basis as we don’t plan to separate them back out again)

Much appreciated Karl! As a donating candidate he’s allowed to choose venue for his upcoming challenge, in this case PJ’s Tuggeranong seems likely to get the nod.

So far the donating tally is One Liberal, Two Labor, one member of the public (Thank you Ayrton) and no Greens or minor parties.

Yet. We’ll let you know!

I will content myself with the pleasure of watching the candidates trying to sort through the hideous mess of Lego that I found in the garage.

I was so hoping you’d choose the Old Cotter Rd Pub (that burnt down 10+ years ago) for the poor sods that were too cheap to contribute.

I will content myself with the pleasure of watching the candidates trying to sort through the hideous mess of Lego that I found in the garage.

We’re pretty sure that running stories here is all the advertising our political class needs.

There won’t be enough train tracks for the bullet train party.

How have you advertised this JB? Are all MLAs and candidates aware that this is going on?

we have some train tracks already thanks to Matt Watts. But feel free to donate!

I can see he’s got some for the 8-14 age range, but, to be on the safe side, there are some big blocks just in case.

The only serious candidate in the race ! Go Karl. Wonder if …Chick Henry will wheel chair in? I say let’s set up a race between Chick, Val Jeffrey and Doszpot first over the line in a walking frame race they can’t do Lego.

Good to see Riotact putting the candidates through their paces (I love Lego).

Roslyn Russell - 49 minutes ago
My little granddaughters will adore it! View
Opinion 3

@The_RiotACT @The_RiotACT
With no specific laws in place, the Fair Work Ombudsman is encouraging employers and employees to take a collaborative approach to COVID-19 vaccinations https://t.co/XedmlGg8Ie (49 minutes ago)