6 May 2021 | Lottie Twyford
Start the conversation 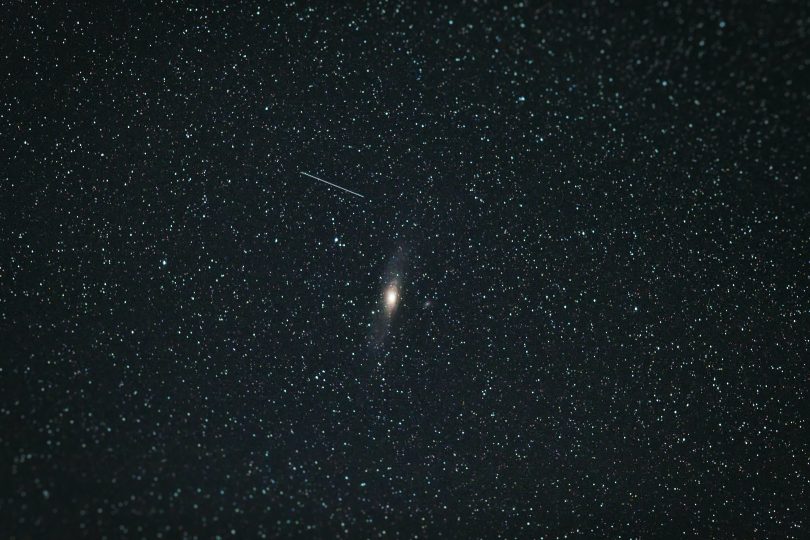 Have you ever seen a meteor shower before? Here’s your chance. Photo: Unsplash/Tengyart.

If the number of Canberrans down on the shores of Lake Burley Griffin for the recent pink supermoon was anything to go by – there’s quite a contingent of keen skywatchers among us.

This weekend (Friday, 7 May to Sunday, 9 May) is set to be another great time to keep your eyes peeled and upward.

Instead of the moon, however, this time you should be able to see the Eta Aquariid Meteor shower.

It’s expected the best time to see it this year will be early mornings (3:00 am to 5:00 am) between 5 and 9 May, so it’s probably worth setting your alarms and getting your blankets as well as a hot cup of tea or coffee at the ready.

Amateur astronomer Craig Collins explains the meteor shower occurs when the Earth passes through the debris trailing behind Halley’s Comet.

According to Mr Collins, while you’re searching for meteors, check out the Milky Way, which will be bright overhead.

Another local amateur astronomer, David Marriott, caught a meteor flying across the night sky on Sunday, 2 May, just after 8:30 pm.

Saw this beauty around 8:27 tonight near South Canberra. Thanks Ian Williams for spotting it when I was looking down at my camera at the time.

He says that we will need clear skies to see the weekend’s shower and that the best views will be given if viewers can find a location away from light pollution.

However, for convenience, a suburban back garden will work just fine.

Mr Collins agreed, but said that if you do live in town, you’ll get a better view of the meteors even if you only drive 10 minutes away from city lights.

Mr Marriott’s last piece of advice to Canberrans this weekend is simple: “look up and enjoy the view. Eventually, you will see one!”

READ ALSO There will be dirt! Motocross comes to Canberra

When it comes to taking photos of the shower, Mr Marriot says it’s best to use a camera on a tripod with a wide lens taking multi-timed exposure shots of the sky.

Like watching for the meteors, he says you will eventually capture one.

“Usually, it will show as a streak across the image, but if you keep your exposure time to around 20 to 30 seconds, you can prevent star trails.”

READ ALSO Hot in the City: Raising the steaks in Constitution Place

Region Media photographer Michelle Kroll added that you should switch your camera to manual and shoot in raw mode to give yourself more editing ability after the shoot.

“Focus on a star, take a test shot and address your settings from there.”

She also recommended budding photographers who don’t have a tripod rest their cameras on something that won’t move, and try out a self-timer function or cable release to prevent wobble that often arises when shooting. 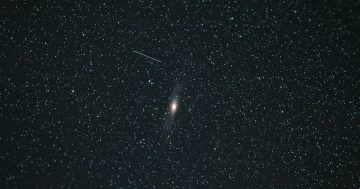