The pork package thrown at the door of Mr Kelly’s office in Queanbeyan. Photo: jwire.

Federal Member for Eden-Monaro Mike Kelly has condemned extremists who threw a package of pork products at the door of his Queanbeyan office on Wednesday morning in what is being seen as anti-Semitic attack.

A staff member arriving for work found the door splattered with the pork pieces and reported the incident, which is the latest in a series directed at Mr Kelly, who is supportive of Israel and the Jewish people, and whose wife is Jewish.

The other incidents occurred in Bega but this is the first time it has happened in Queanbeyan. 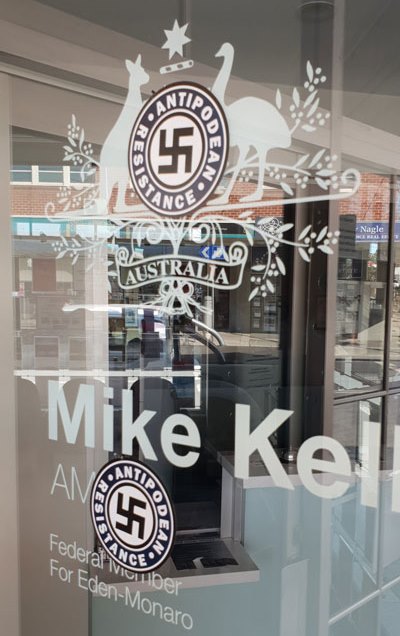 The swastika stickers on the door of Mr Kelly’s Bega office. Photo: jwire.

A group calling itself Antipodean Resistance has been spreading hate propaganda in Bega including slapping swastika stickers and posters on Mr Kelly’s office door, as well as targeting a Bega Valley Welcomes Refugees sign, a Council building and a local high school. 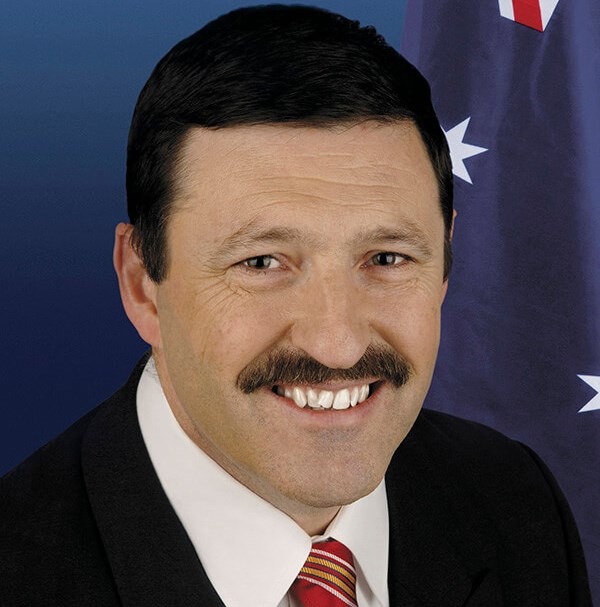 Mr Kelly said in a statement that he would not be intimidated by such actions.

“The series of attacks directed at my electorate offices are evidence of the need for constant vigilance and the confrontation of extremist groups in our country,” he said.

“If the perpetrators think that they will intimidate me into refraining from defending Israel or supporting our Jewish community they are deluded. Actions like this only spur me to greater efforts and commitment.

“I have faced much worse threats in my Army career and I will continue to fight racism and ignorance wherever I find it.”

The Australian Federal Police are investigating.

What a waste of food

Former army officer and Somalia veteran Mike Kelly is the last person you would want to mess with. These jokers have rocks in their heads.

Disgusting uneducated people!! What is going on with all the hate in our world?