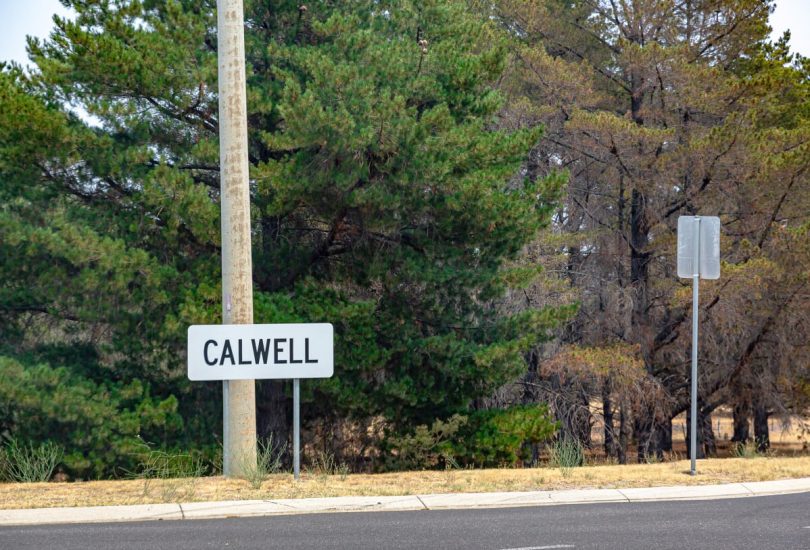 Police have warned Calwell residents about a man who has made numerous threats with a knife. Photo: Region Media.

A man has been stabbed in the back and a number of other people have been approached by a man threatening them with a knife in Calwell.

Three separate incidents occurred on Tuesday night (9 June) and police believe these incidents are all linked and likely to have been carried out by one person.

An ACT Policing spokesperson said police are seeking witnesses or information about a number of incidents that have occurred in Calwell during the weekend and this week.

“All incidents have involved a man approaching someone walking alone in the evening. Residents in the Calwell area are also urged to be aware of their surroundings and report any suspicious activity to police,” the police spokesperson said.

On Saturday evening (6 June) at about 9:40 pm, a man was approached by a stranger who demanded he hand over his mobile phone. The stranger lunged at the man with a knife and the man suffered a small wound to his hand. The stranger ran off after the incident.

Last night (9 June), three further incidents occurred, with all victims saying they were approached by a stranger carrying a knife.

At about 5:00 pm, a man was asked a question by a stranger who then lunged at the man with a knife. The man received minor injuries to his hand and neck and the stranger fled the scene.

A second incident occurred at about 5:30 pm when a woman was approached by a stranger carrying a knife while the woman was walking near an underpass beneath Johnson Drive. The woman ran in the opposite direction and no injuries occurred.

Then at about 7:30 pm, a man was approached by a stranger carrying a knife near Beazley Crescent, Calwell. The stranger lunged at the man and he received a stab wound to the back. He was transported to the Canberra Hospital in a stable condition.

The ACT Policing spokesperson said descriptions of the wanted man have varied as the incidents have all occurred at night. The consistent information is that the man is aged in his 20s or 30s and has dark hair.

Residents in the Calwell area are urged to be aware of their surroundings when out walking and to report any suspicious activity immediately to police on 131 444.

Anyone with information about these incidents (including CCTV that captures the man) should call Crimestoppers on 1800 333 000 or via www.crimestoppers.com.au quoting reference number 6550531.

Boweavil Kat - 12 minutes ago
From what I can see, they don’t do anything anymore while treating those that need the service like criminals trying to con... View
News 8