Kyrgios rules himself out of Olympics, blasts AOC 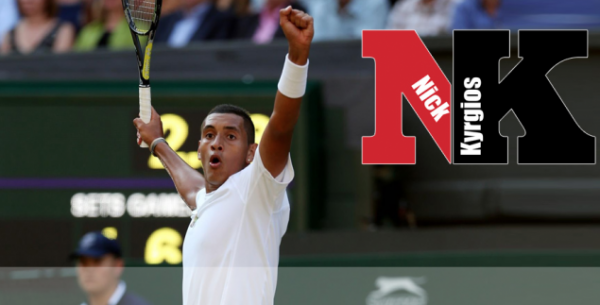 Canberra tennis star Nick Kyrgios, who is ranked 19th in the world and number one in Australia, has announced this morning that he will not compete at the Rio Olympics, citing “unfair and unjust treatment” of him by the Australian Olympic Committee as a key reason.

AOC chef de mission Kitty Chiller has previously said Kyrgios is “on watch” because of earlier disciplinary action taken against him by the International Tennis Federation, and expressed concerns about the potential for on-court tantrums in Rio, saying she’d be “appalled and embarrassed” by such behaviour.

Another Australian tennis star Chiller has expressed concerns about, Bernard Tomic, ruled himself out of the Olympics last month, saying he would play an ATP Tour event in Mexico instead.

In 2004, Lleyton Hewitt opted to skip the Olympics and focus on his preparation for the US Open grand slam.

Tennis players will not receive ranking points for playing at the Olympics this year.

Read Kyrgios’s statement on the decision in full:

It is with a heavy heart that I have had to make a decision not to compete at the 2016 Olympic Games in Rio de Janeiro.  Coming to this decision has been a lengthy and difficult process, and I am extremely disappointed to have been put in this unfortunate position.

Representing Australia at the Olympic Games has been a dream of mine since I was a kid.  Playing in the Olympics was a goal this year; I planned my tournament schedule around Rio and made sure to fulfil my Olympic eligibility.  Unfortunately, while I have expressed every intention of trying to win a medal for my country in Rio, it’s very clear to me that the Australian Olympic Committee has other plans.

AOC’s unfair and unjust treatment of me over the last four weeks, as well as the organization’s crystal clear position on whether they want me to be a part of the Australian Olympic team, has solidified my final decision.

While I have received assurances from Tennis Australia that I will be nominated for the Olympic team, the AOC has chosen to publicly and privately disparage me.  Not one member of the AOC has reached out to me, my family, my team, or representatives of Tennis Australia, asking for a meeting or the opportunity to discuss their concerns.  The AOC’s unwarranted attacks on me demonstrate the organization’s inability to understand the circumstances surrounding highly competitive sports.  I also don’t want the AOC’s treatment of me to become a distraction and negatively affect the Australian Olympic team.

I am grateful to Tennis Australia for standing by me through this process and nominating me for the team.  I also want to thank the public and the members of the media who have voiced their support.

I am a proud Australian and have always loved representing my country.  I am fortunate to be young enough to hopefully have a chance to wear the green and gold at the Olympics in the future.  I hope that in four years I will find myself in the position to be a part of the Australian Olympic team.

I would like to wish every athlete representing Australia the best of luck this August and will be following their progress and supporting and cheering them from afar.

7 Responses to Kyrgios rules himself out of Olympics, blasts AOC
Filter
Showing only Website comments

The Olympic Games seems to mesmerise a lot of countries, especially those looking for something to show the world that “all is good with us”.
With Brazil, nothing could be further from the truth with corruption at all levels, a precarious political situation, huge debt/high interest rates and massive unemployment. The Olympic Games demands the building of expensive infrastructure that will never be used optimally and will add to the debt of that country.
Just look at what the Olympics did to Greece.
Oh yes, then there is that zika thing.

I forgot the link:
http://www.arabianbusiness.com/videos/video-what-s-gone-wrong-for-brazil–631614.html

The Olympic Games seems to mesmerise a lot of countries, especially those looking for something to show the world that “all is good with us”.
With Brazil, nothing could be further from the truth with corruption at all levels, a precarious political situation, huge debt/high interest rates and massive unemployment. The Olympic Games demands the building of expensive infrastructure that will never be used optimally and will add to the debt of that country.
Just look at what the Olympics did to Greece.
Oh yes, then there is that zika thing.

I know people whose kids were on the junior tennis scene in Canberra when Kyrgios was an up and coming junior. They say he has always been both an amazingly gifted tennis player and a spoilt brat who was given huge leeway because of said talent. Looks like the AOC has decided not to kowtow to this potential superstar. While he has proven that he is “potentially” a superstar, perhaps Kyrgios should have waited until he realised that potential before demanding everyone fall at his feet. But no, like any spoilt brat he has taken his racquet and ball and gone home. Won’t be missed at the Olympics at all.

Q: What do you call a tennis player when he throws the ball up in the air during the serve?
A: A tosser.

It seems a shame for him, but probably the best outcome for the Australian team. Even while we risk losing a medal, we might gain a true Olympian. I will enjoy watching whoever makes the team.

It does seem breathtaking that Kyrgios complains of being disparaged by the Australian Olympic Committee when he is not averse to disparaging anyone within hearing distance.

Nobody cares Nick, nobody cares. You will not be missed. If it was truly your dream you’d go out of your way, superstar.

PS. Tennis (and golf) shouldn’t be at the Olympics anyway.

Tjilpi1 - 27 minutes ago
The ACT Government denied all the way along that tjey would not be building over the existing lake bed ... that it will all b... View
Colin Vivian - 1 hour ago
Elroy Jones and if you look at the ACT audited financial statements you’ll find net financial liability, net debt, net oper... View
Elroy Jones - 3 hours ago
Ruth Brown that’s because they’re underground (where they should be!!) DA won’t get through this Gov without serious at... View
News 1