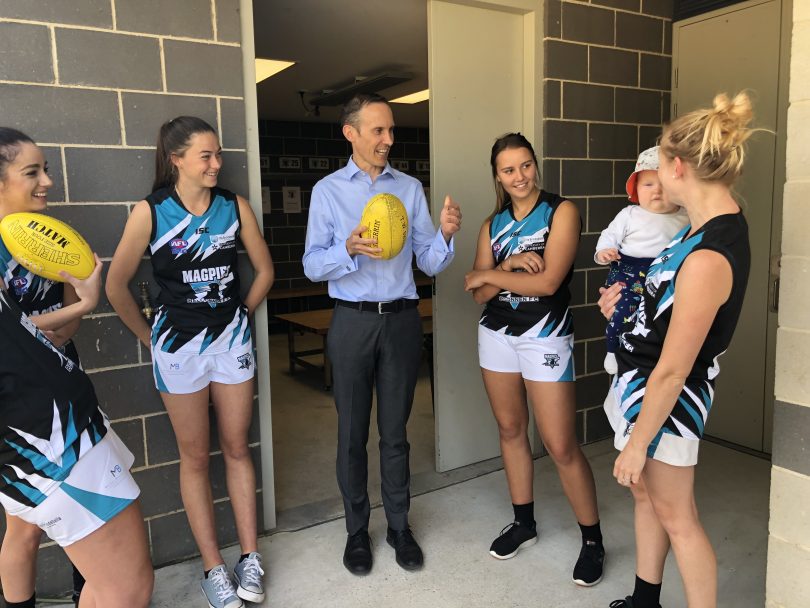 Labor has promised to fund a $1 million upgrade of sports facilities at the Holt playing fields if elected, which would see separate men’s and women’s change rooms built at the ground.

The home of the Belconnen Magpies footy club will receive improvements to the changing rooms to make them inclusive for female players, upgrades to viewing areas and work on the playing surface.

“We’ve got to keep on upgrading our sporting facilities, making sure that they’re prepared for developments like the influx of women and girls playing AFL,” he said.

“The upgrade will help to serve AFL, cricket and rugby league. It will be a vital resource for the community and is part of federal Labor’s commitment to improving the quality of sporting facilities.”

“Our numbers have just taken off in women’s football and that’s really been evident here in Belconnen,” she said. “This will give us an opportunity to enable that growth a bit more because we will have the facilities to support that. 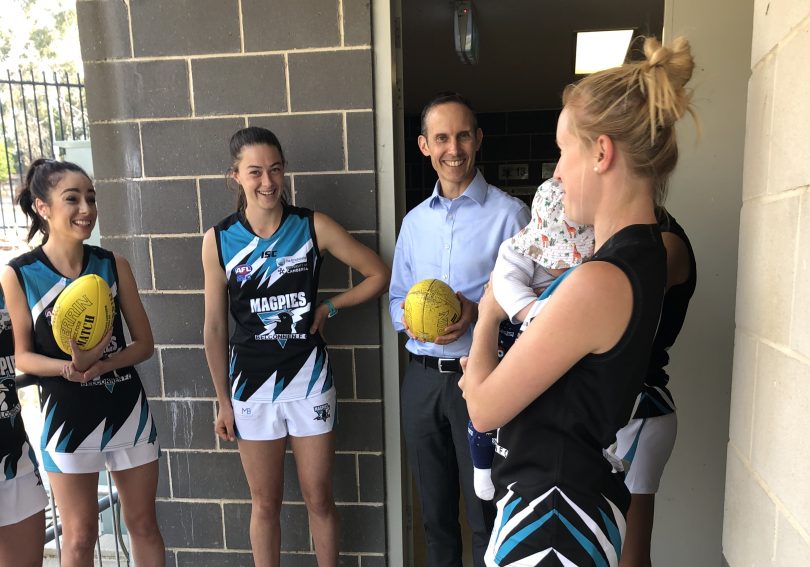 “I guess game day can be a bit of a tag team where men and women are coming out of the change rooms.

“It can be a bit uncomfortable, awkward at times. Up until now, we’ve made it work, but it would just be really great to have a different facility that we could use.”

ACT Sports Minister Yvette Berry welcomed the announcement and said it would be a huge boost for women’s sport in the ACT.

“We know that for women and girls that some of the barriers that are in place for them to participate in sport, particularly around that 12 to 17 year age bracket, is around the infrastructure,” Ms Berry said.

“The commitment that the Shorten Labor Government is going to make to women’s participation in sport through the commitment of a million dollars for these sports grounds at Kippax Oval, this will make a huge difference for women and girls who want to take up sport, particularly in AFL.

“We’ve seen amazing momentum around women’s engagement in sport, particularly through women’s AFL. So here we want to continue to build on that by making sure that we can remove as many of the barriers as possible for young women and girls so they can continue to participate in sport as well.”

Mr Leigh said the project will be developed in consultation with the community and align with the Kippax Masterplan, which will create up to 20 jobs during construction.

How is this a federal election issue? pork barrel…

There should be sports facilities there now. It shouldn’t take an election promise…

And how much of the current space disappears under developer’s apartments? A hell of a lot of open space is lost to build a change room…

At the price that the government gets charged to do anything, $1 million dollars will only get a concrete slab.