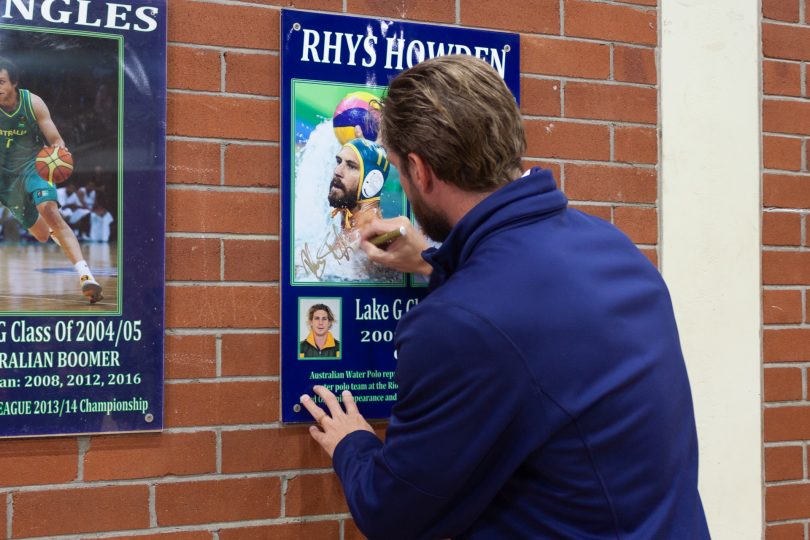 The wall of fame of the colloquially-known ‘Lake G’ College is a little more star-studded than most high schools in town. It’s adorned with portraits of famed athletes from the likes of Patty Mills to Kelsey Lee-Barber to the most recent addition – Rhys Howden.

The Water polo Olympian took time out of his current busy training schedule to attend his former school where he autographed his portrait and answered questions from a group of students, all of whom had their own dream of Olympic or elite sports glory one day.

According to Rhys, coming back to school was a little nostalgic.

“Being back in Canberra brings back a lot of memories of school and very cold rooms, and of the AIS and it’s awesome to be back, not only for myself but also to see all these other names on the wall,” he said.

The Olympic Water polo squad are currently engaged in a vigorous training schedule as they prepare for Tokyo in just a few weeks time. This has seen them spend a few weeks at the Gold Coast, before returning to the AIS.

Ahead of the Games, Rhys says the team is looking good and the preparation has gone according to plan so far.

At 16, Rhys was selected for the elite under-18 program during which he also attended UC Senior Secondary College Lake Ginninderra.

Now, he describes the program as having been a recipe for success during which his water polo skills skyrocketed.

“I’m very thankful that the program did exist at the time,” he said. 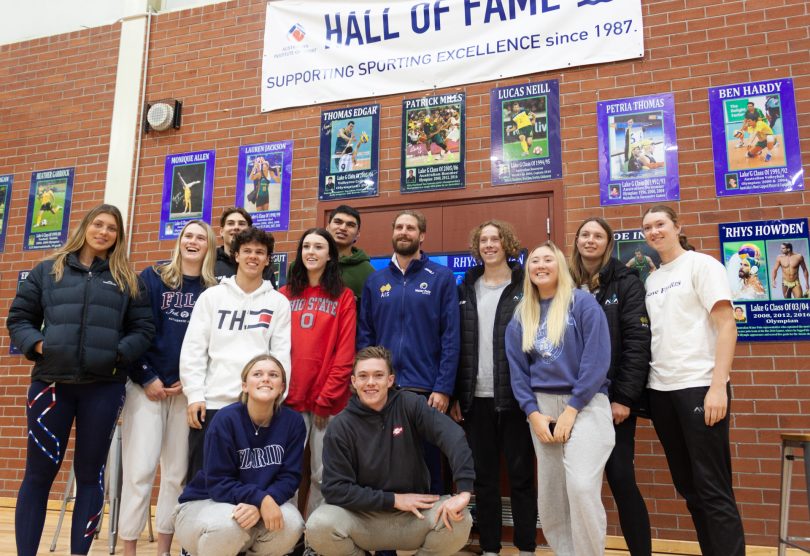 Rhys was also on-hand to offer some advice to the students who are currently completing similar elite sports programs to his. Advice which he summarised in a couple of sage words, “knuckle down and really get in to it.”

“Enjoy it as well, enjoy the training and the environment because sport doesn’t last forever,” he said.

Students were also able to ask the Olympian questions about his own experience which ranged from how to balance attending parties and having a social life to managing their social media presence.

“I think it is important that young people have someone to look up to. If you don’t have a role model it can be difficult to know where to go and who to emulate,” he explained.

He also offered some insight into his own journey, explaining that although he played professional water polo in Europe for a couple of years, most of his career had been spent balancing work, early-morning and evening training and family commitments.

With an active two-year-old at home, it’s clear his juggling act has changed since he was at school, although he says many of the lessons learned in the program have stuck with him throughout his life.

“It is difficult, and I’ve found it more difficult the older I’ve got. When you’re young, if you have the support of your parents it’s easier to come and go – meals are ready on the table and the like. But as soon as you add work, a mortgage and family into it, it gets harder to balance. 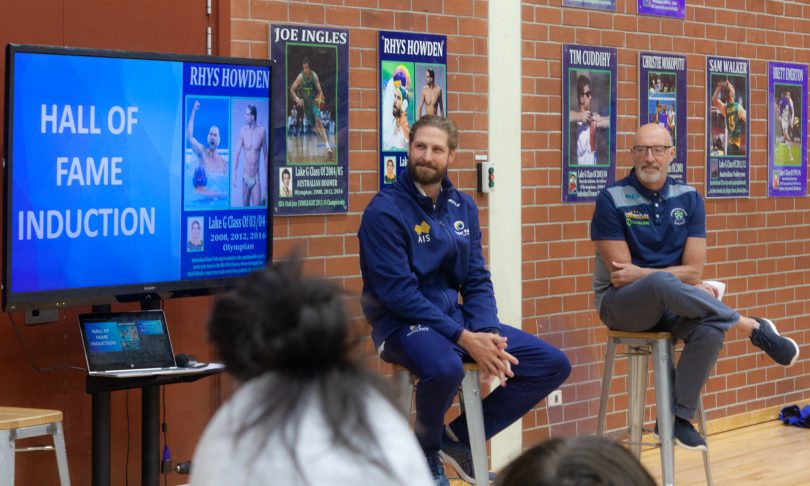 For Year 12 student and volleyballer Charlotte Van Gerwen, the talk was inspirational.

“I aspire to go to the Olympics one day so it’s really cool to hear from someone whose been through the same system as me and gone on to do that multiple times,” she said.

Charlotte also found that balancing school work and sports alongside family commitments had been getting trickier as she got older – particularly in her final year of school.

Therefore, it was great to be able to hear how Olympians like Rhys had been managing their time, and achieving success in and out of the pool, court or field as the case may be.