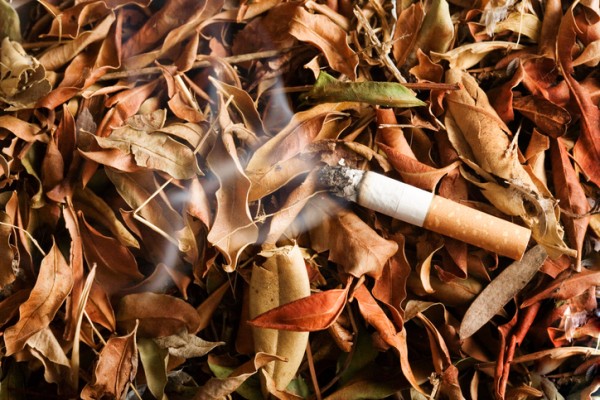 I witnessed someone ashing his cigarette out of his car window today. I wish I could report it as I noted his rego no and type of vehicle. Shame on him!

I am a smoker, have done for 40 odd years and I always put them out in the ashtray in my car that still has one. Otherwise a bottle with water in it! Don’t blame the cigarette, blame the idiot holding it.

Surely with the health and fire risks, the time has come to simply ban smoking inside cars? It’d be a lot easier to enforce too

Dane Roberts Right? Plus, it’s ridiculous that things like using a mobile phone are (rightfully) banned for being distracting – yet smoking apparently isn’t?

The problem is education and enforcement – not the level of fines. I asked a question on notice in the Assembly and Minister Steel has responded saying, there have been no fines issued for littering in the last three years, which I find astounding.

Caroline Le Couteur seeing the government is unwilling or unable to enforce most of its statutes, maybe it is time they started paying a spotter’s fee for any reported infringements that result in a penalty being issued?

how this will be enforced? 5 million cars and only 200 fines in 2019? statistics are grim… bigger fines won’t solve the problem.

Looking through these comments I can’t believe how light people are willing to go. Say we burn them at the stake.

Gaol for life….such idiots are not fit to be free.

It’d be good to have bins around

Do as N.Z does cancel the register vehicles in pond make people be more respectful

Should be a criminal offence and Australia wide.

$11k and 10 demerits for ARSON, billions in damage and often MURDER … way too light … should also be mandatory jail time in there.