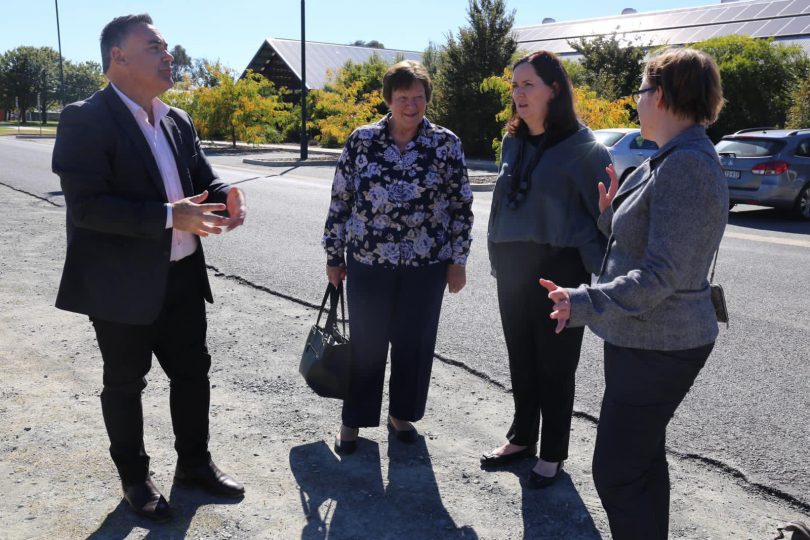 Transport for NSW has identified lead contamination in the current and former rail corridor at Bungendore, near the existing primary school and not far from the proposed site for the new high school.

So far, areas where lead levels have been detected include the unofficial car park for the Bungendore Public School on the corner of Majara Street and Kings Highway, and the woolshed used by the Lake George Men’s Shed.

These areas are next to the rail tracks and include locations where trains used to slow down, stop or unload. 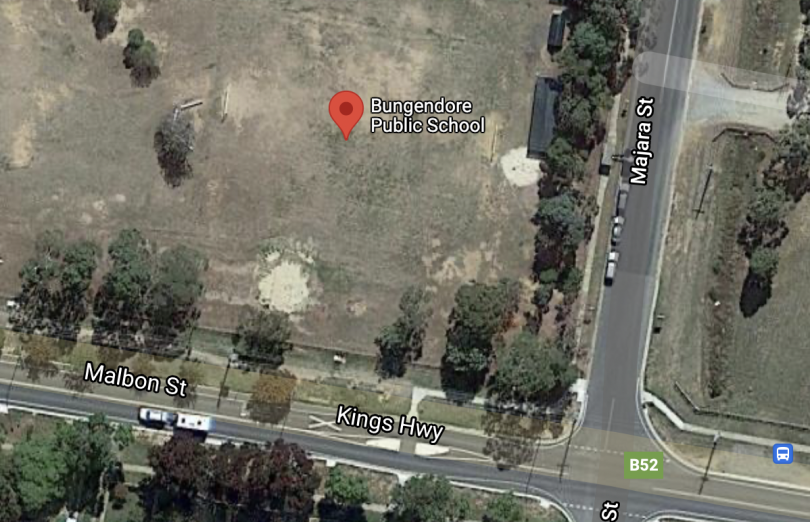 Lead has been detected in the unofficial car park for the Bungendore Public School on the corner of Majara Street and Kings Highway. Image: Google Maps.

According to a letter from Transport for NSW in late September to local residents, authorities “don’t have all the answers yet as [they] are still learning about the contamination and what it means”.

A community information session was held today (7 October) to allow residents to ask questions about the contamination.

It’s likely the contamination harks back to when the rail line at Bungendore, which is currently used to carry passengers between Sydney and Canberra, was used to transport lead ore from the mine at Captains Flat to Bungendore in uncovered wagons.

It’s not the first time lead contamination in the region has been an issue. Earlier this year, the preschool at Captains Flat was closed when elevated levels of lead – three times the safe level – were detected in some areas of the school’s playground from the former Lake George Mine.

School operations were then moved to a demountable building.

While both groups want a high school, the Save Bungendore Park Group, which is opposed to the chosen site, known as the Majara and Gibraltar Street precinct, adjacent to Mick Sherd Oval, has previously said they were considering legal action to stop the school from being built on the site.

The Bungendore High School Action Group has long been lobbying for a high school and is opposed to further delaying the project.

The State Significant Development application was lodged for the high school on Monday, 13 September, with artist impressions of what the development could look like made available online late last month.

The NSW Health website states that young children are at greatest risk from lead exposure due to its impact on mental and physical development.

Also lead along the rail line through Tarago. The kids at Tarago Public school haven’t been able to drink the water at school since it was publicly identified March 2020.

Sounds like the legless lizard fiasco when the Gungahlin Town Centre had to be relocated, albeit for different reasons!