‘Let’s get serious about protecting heritage’ 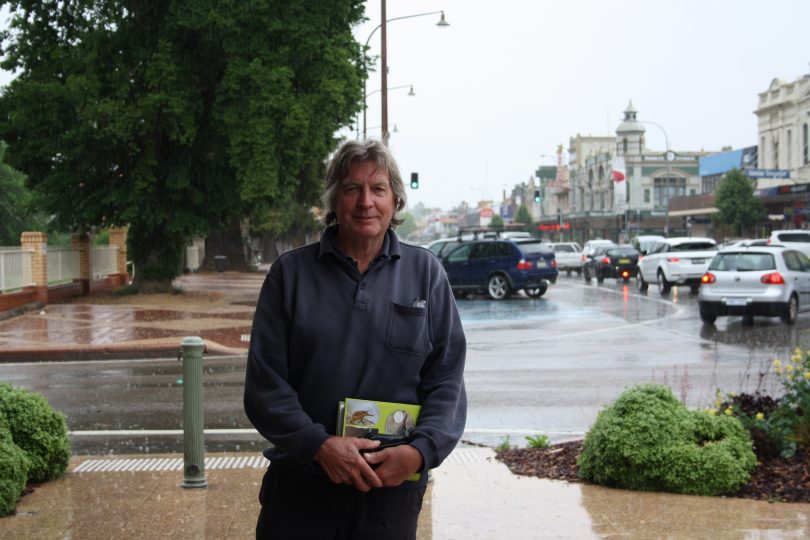 Doug Rawlinson from the Goulburn Heritage Group would like to see a Heritage Co-ordinator/officer employed to promote and protect Goulburn’s heritage. Photos: Maryann Weston.

Goulburn is no lightweight when it comes to history, reflecting national and state-significant heritage themes – that’s not surprising for Australia’s first inland city. It’s a position that deserves dedicated heritage co-ordination, Doug Rawlinson from the Goulburn Heritage Group says.

Just back from a ‘reconnaissance’ to Bathurst and Orange where heritage is the number one tourist attraction, Doug is adamant Goulburn is not doing enough to protect and promote its history. If the City had its own heritage co-ordinator and stronger legislation at the local government level, then that might change.

“We’ve got so much history here. I live at the historic Kentgrove and I get buses of tourists from Adelaide, NSW and Queensland. It was once the biggest cannery in NSW, exporting to the UK. The Governor General of NSW has visited, and three Goulburn Mayors have lived there,” Doug said.

“I look at our main street and see the lovely architecture and, after that, the history of where people have lived. I have a saying that our DNA is written into the walls of our historic buildings and homes,” Doug said.

He cites the recent encroachment of an apartment complex development on the historic former Our Lady of Mercy Convent in Clinton Street which was in breach of building consent, as an example of what can happen when heritage protection is eroded. The council has since taken action against the developer:

However the encroachment, along with other heritage buildings in the past that have made way for development, could have been avoided with a proper heritage vision for Goulburn, and the oversight that would follow, Doug says.

“It [heritage] is where we come from and we can’t move forward if we don’t know where we’ve come from. Heritage is our feeling of connection to our past. What’s happening now in Goulburn is that developers are dictating to us and that might not be what we want. 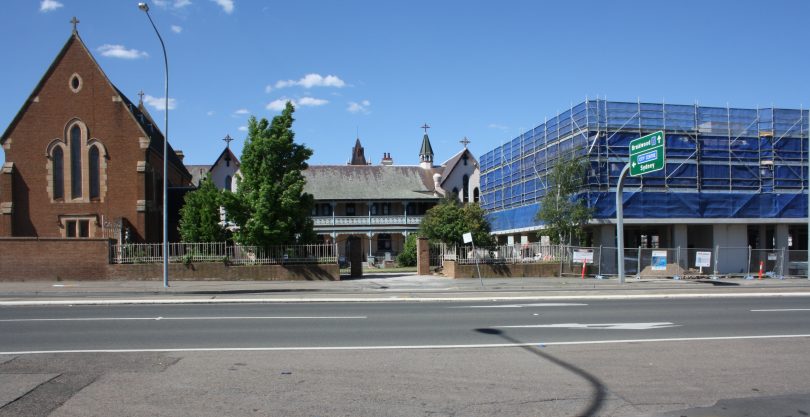 A recent encroachment of an apartment complex development on the historic former Our Lady of Mercy Convent in Clinton Street was in breach of building consent. The local council has since taken action against the developer.

“Developers will look at density rather than heritage – eight out of 10 buildings were demolished on the Our Lady of Mercy school site.

“Our view at the Goulburn Heritage Group is that we should look at repurposing or adaptive re-use first, and if a building cannot be saved then what goes up in its place should be more than just a concrete façade which is what has happened in the main street for example.

“In Bathurst, they make builders use red brick with white corners for new buildings [within heritage precincts]. In Goulburn, we have the big concrete slabs, fake windows and façades.”

If history is any judge, then the loss of the iconic Odeon Theatre which was bulldozed in the 1980’s to make way for a hotel and later a shopping mall, is often raised as an example of Goulburn not doing enough to protect its national heritage.

“I know people get sick of me saying it but the Odeon Theatre would have given Goulburn a place on the world stage. It was so atmospheric and one of four nationally significant theatres in Australia, along with the Capital Theatre in Sydney and the Melbourne State Theatre,” Doug said.

“We have a history of not seeing our potential.

“When we were in Bathurst we asked what their number one attraction is, expecting them to say Mt Panorama. Instead, they said heritage, then the arts and then the racetrack.”

The question is, what has Goulburn learned since the loss of Odeon?

Goulburn residents do support heritage, Doug says. “Homeowners are proud of the history of their houses.” He believes they want to see their history preserved and their significant heritage buildings protected.

“I would love to see a heritage department at the council, and I think real estate agents should know about the homes that they sell that are on our local heritage list. We also need strong legislation to protect our heritage.”

Goulburn Mulwaree Council undertook a heritage review earlier this year. The study identified a high priority for amending the council’s Local Environment Plan (LEP) to correct anomalies relating to heritage/mapping, and to review additional potential heritage listings. Of medium priority was the appointment of a council heritage officer, and stronger planning controls.

“Concern from the past loss and potential to lose more heritage has raised concerns about planning controls and regulations and how these may be changed to better reflect the history and heritage of the area,” the study found.

Options or opportunities to better protect heritage and the LGA’s history through planning, education and further study were identified. 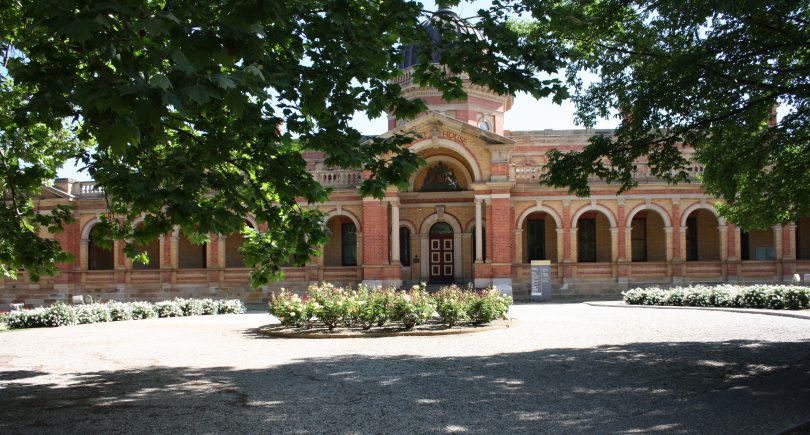 An example of Goulburn’s heritage…the Goulburn Courthouse is a reminder of the significant role Australia’s First Inland City played in the history and settlement of NSW.

The Court House and Post Office are of heritage value. Many others are fairly derelict and not fit for purpose.

I have lived in Goulburn my whole life and think the building that was previously there was hideous with most of the windows smashed (at least from looking at it from the street) and welcome new development in Goulburn, we can't continue to just re-use old buildings in our small main street area.

Another building that needs to go is the old boys home. Its burnt down and has been put on fire mutiple times and unusable also it is an eyesore on a big plot of land.

Edit : Do think the right fines should be given for bulding too close to the other building that is their.

fridgemagnet - 24 minutes ago
CONSULTATION IS REQUIRED. Have residents in the new and emerging surrounding suburbs (Denman, Wright, Coombs etc) been consul... View
fridgemagnet - 28 minutes ago
I have no doubt pay parking will be a huge deterent. It is a retrograde step to introduce a charge at a valuable community re... View
News 45

chewy14 - 1 hour ago
Jorie, No matter which way you want to spin it, people buying their own house to live in removes demand from the rental marke... View
tuggeranongist - 10 hours ago
It doesn’t matter if they’re currently renting. Absent unusual circumstances (living with your parents for life), a perso... View
News 17

willondah - 2 hours ago
Totally totally agree. Always several steps behind; always reactive. If it wasn't for Perrottet we would have been hunkered d... View
JS9 - 12 hours ago
Any actual evidence to support a claim of a 'mass exodus' to Queanbeyan to shop? There must have been some either exceptional... View
News 41

Capital Retro - 12 hours ago
A decision made by people who have never used Centrelink's services and who will never have to. View
JS9 - 12 hours ago
To be fair, the ones primarily promoting densification int his case (ACT Gov) have zero to do with the decision to move Centr... View
Lifestyle 33

UPDATED 2:30 pm: Chief Minister Andrew Barr has today been forced to defend the changes to the ACT's pathway forward...
Lifestyle 33