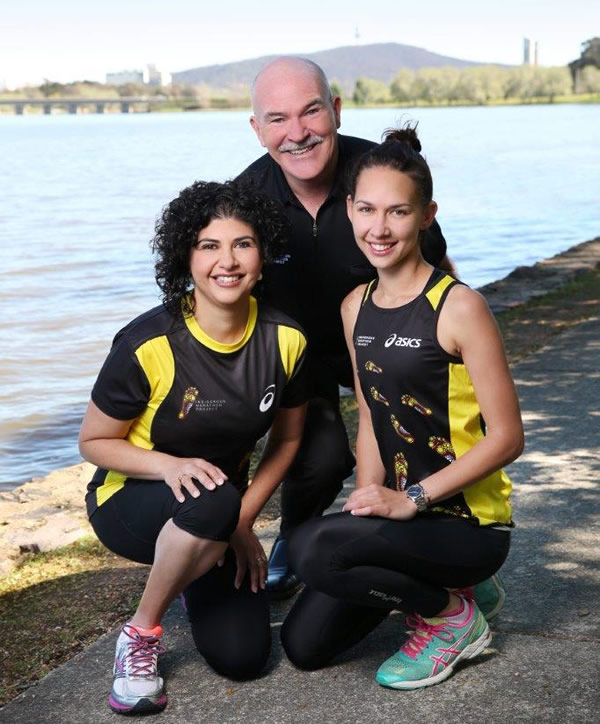 Last year over half a million people ran and completed a full marathon. There is something about this race that just attracts people young and old.

“The marathon coincides with a significant milestone birthday and I feel it is my time to give back and help others achieve their goals. For this reason I have decided to channel my training efforts towards raising awareness and funds for the Indigenous Marathon Project (IMP).

“The project is not just about the running, it’s about inspiring change, fostering confidence and bringing a sense of achievement to young Indigenous people.

“I really believe in what the IMP is doing, with that I have set myself an ambitious target to raise $42,195 to match the 42.195 kilometre marathon. So far over $32,000 has been raised with special thanks to RSM Bird Cameron, Independent Property Group and ActewAGL. Every dollar raised will be donated towards sending next year’s group over to compete in the marathon.”

The IMP is an initiative that utilises marathon running as a vehicle to promote healthy lifestyles to Aboriginal and Torres Strait Islander people. The project annually selects a group of young Indigenous men and women to complete a six month training schedule to prepare for the New York City Marathon. The young athletes combine their training with study, completing a Certificate IV in Leisure and Health.

Unfortunately, many Indigenous communities in remote regions around the country are affected by health and social issues, and they often do not have access to the tools needed to counter such afflictions. The IMP prepares and equips participants to re-enter their communities with the knowledge and education to encourage living a healthy lifestyle.

Any donations, big or small, would be very much appreciated. Donate today at footprints.gofundraise.com.au/page/arazzaq

Zakzook Chico - 15 hours ago
Patrick J Pentony couldn’t agree more View
William Coats - 16 hours ago
So after 20 years this Labor Greens Government is ready to promise action. I guess we will have to wait and see. View
Patrick J Pentony - 16 hours ago
Rheyce Spears we are at the start of the twentieth year of labor greens gov in the ACT. Not sure you can really blame anyone... View
Opinion 3

Some plots of land are best used by harnessing the powers of an architect to maximise the best views and...
Food & Wine 9

Thai is one of my favourite cuisines to cook and eat. Fresh humble ingredients perfectly balanced to achieve harmony between...

Region Media Group Editor Genevieve Jacobs has been recognised in the Australia Day Honours for her service to broadcast media...
Opinion 49

The late Barrie Dexter: a life story that might change your own life