Lifeline announced as Official Charity Partner of the Plus500 Brumbies 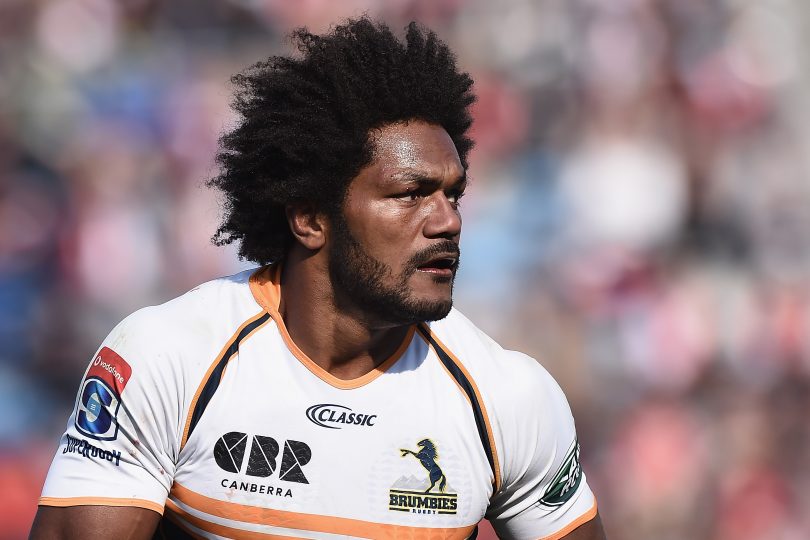 The Plus500 Brumbies are pleased to announce the continuation of Lifeline Canberra’s Major Charity Partner status for 2018.

The Brumbies will help raise awareness for Lifeline Canberra and the invaluable service they provide to the community of Canberra and the surrounding region by promoting Lifeline in their role as their major charity and coaches’ partner.

Lifeline Canberra is considered amongst the most pre-eminent charities in the ACT, regularly setting the benchmark for thought leadership in suicide prevention and community-wide awareness for mental health advocacy.

“We are immensely proud to announce Lifeline Canberra as our official major charity partner for the 2018 season,” Brumbies CEO Michael Thomson said.

“The organisation does an incredible amount of good work and is a vital part of Canberra and the surrounding region. As last season, Lifeline will feature prominently on our coaches’ apparel and in the coaches’ box and we look forward to building on our already very strong relationship with them.”

Lifeline Canberra, and their high profile annual fundraising event program, has become part of the fabric on the region with their Bookfairs, held at EPIC, attracting attendance figures of over 14,000 people across the three-day event.

Lifeline Canberra already has a strong link with the Brumbies with Wallabies international superstar Henry Speight an Ambassador for the crisis support service which also provides training and mental health awareness programs to the community.

“Lifeline Canberra re thrilled to again partner with the Brumbies in 2018,” CEO Carrie Leeson commented of the link-up.

“Our organisations both serve to uplift and engage the Canberra community and together we can do so much more.

“Henry Speight has been an ambassador for Lifeline Canberra for two years now and is a vital part of our communications team, we are very grateful to him for his support in everything we do.”

Membership for the Plus500 Brumbies 2018 Super Rugby season is available now! Join the Brumbies Family and sign up today! Tickets for the Brumbies home matches during the 2018 season can be purchased from ticketek.com.au.

Karen Feng - 57 minutes ago
4-day work week. Those that meant 3 of those days are double pay. or does it meant we are paid one day less View
Bianca Rossetti - 2 hours ago
I prefer more flexibility options rather than stating 4 days working.. nsw are looking into school hours changing, maybe this... View
Daisy Rue - 3 hours ago
We think yes. As long as schools get adjusted to it as well. And we make sure, those that no one gets left behind in the gap... View
Property 15

chewy14 - 1 hour ago
Ian Lindgren, Of course you are correct. But that won't stop people continuing their whinging that doesn't actually address a... View
Ian Lindgren - 4 hours ago
The AWM Redevelopment Project will go ahead and the two high level reasons that it will are that it is based on need, and tha... View
Community 1

Acton - 6 hours ago
Vaccine hesitancy is a rational response to perfidious government changes to vaccine eligibility as risks rise with each AZ v... View
Futureproof - 8 hours ago
I haven't been vaccinated. I want Pfizer but get told too bad so sad, get AZ. No, I want a choice and it ain't AZ... View
Courts & Crime 1

Futureproof - 8 hours ago
Perhaps the stolen jeep got caught on camera by a fixed revenue raiser. Oh that's right, average Joe with a registration gets... View
News 5

JessP - 8 hours ago
Its Saturday 19 June and just like magic the Choose CBR funding os $2 million is fully used. So what did this achieve really?... View
show more show less
*Results are based on activity within last 7 days

Bookfair a lifeline to all bookworms

Cold and COVID couldn’t stop nude swimmers getting behind Lifeline

@The_RiotACT @The_RiotACT
The evolution of Canberra's Handmade Market will continue when the popular event returns to its home at Exhibition Park for three days from 25-27 June https://t.co/kXTSV39ZXC (21 minutes ago)